Bottas was second to Mercedes teammate Lewis Hamilton in second practice, the faster of the two Friday sessions, whereas Ferrari ended the day behind not only the Silver Arrows but also Red Bull.

Mercedes has won every Russian GP since the power-sensitive Sochi track joined the F1 calendar in 2014 - but it was expected to face a stern challenge from Ferrari this weekend given the gains the Scuderia has made in the engine department.

And despite the results on Friday, Bottas was not convinced that Mercedes holds a decisive advantage over its rival.

Asked whether the initial gap to Ferrari at Sochi was representative, Bottas said: “I don’t believe it is real. I think it is going to be very close tomorrow.

“Normally they have been very strong in the straight lines but today they didn’t seem to run full power or something, so we will see tomorrow.

“I think it was a good day for us, at least on paper we seem to be quick but it is only Friday and we saw Ferrari not really giving everything they have with their car.”

When that same question was put to teammate Hamilton, the championship leader said: “I really have no idea.

“My strategist will have a better idea of what they are doing with fuel and all those sorts of things, but I don’t know if they didn’t get [clean] laps today.”

Ferrari's Sebastian Vettel, who ended the day in fifth and had a spin in second practice, suggested that the SF71H genuinely lacked pace on Friday.

“We tried everything today and obviously we were not quick enough,” he conceded.

“The car didn’t feel very good and didn’t come together so [it's] not a surprise if other people are faster.

“We need to find the reasons and hopefully come out of the box strong tomorrow.”

The German said Ferrari was trailing its rivals in both qualifying and race trim.

“We looked quite far away from the rest of the field, I think struggling a bit for one lap - but also in the long run we went through our tyres a bit harder and quicker than the rest.

“It wasn't a particularly clean run in the end, but still good enough [to be representative].

“We struggled with the tyres with or without traffic, certainly the traffic doesn't help but I think we have some catching up to do.” 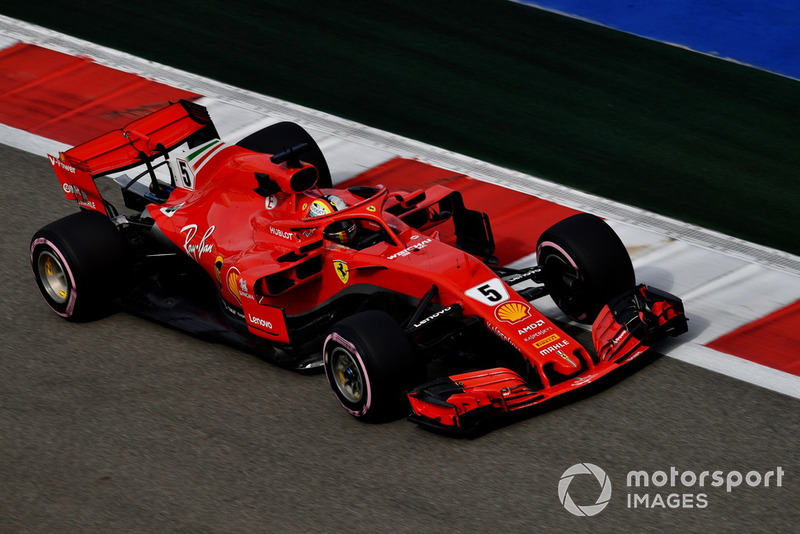 Ocon could have Force India third driver role in 2019