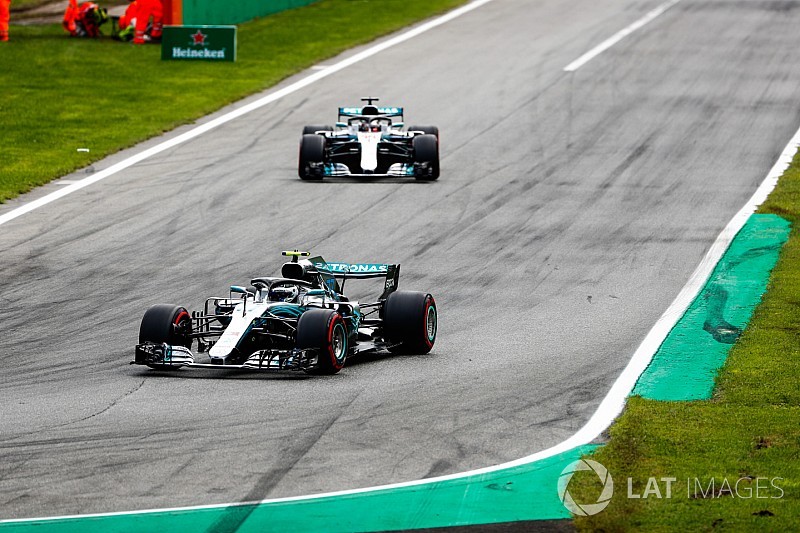 Valtteri Bottas believes he effectively matched Mercedes Formula 1 teammate Lewis Hamilton at the end of Italian Grand Prix qualifying and only lost time because he had no tow.

Bottas has trailed Hamilton all weekend and on his final run in Q3 he lapped 0.35s slower than the Briton, who will start one place ahead of him in third.

That was Bottas’s smallest deficit to Hamilton in the dry all weekend, even though the Finn did not run in anybody’s slipstream on that last run.

Bottas said: “It was almost all lost in the straights, compared to Lewis.

“I also had a lock-up into Turn 1 in the first run of Q3, which also made it more difficult for the second run.

“Overall it was not easy to get those laps together but, in the end, the last lap with a good tow could have been good.”

Mercedes made the decision to run its drivers close enough together to give each other a tow during qualifying.

Bottas ran in Hamilton’s slipstream first, before they swapped places for the final run.

Bottas said: “Even the first run was good. I lost half a second [at Turn 1] but the rest of it was pretty close.

“It was nice to see where the lap time was, understand everything, that’s done.

“There was not much risk behind, from Red Bull, which was kind of a good thing, because I didn’t get 100 percent out of the package.

“The car felt balanced well in the long runs, the set-up now is pretty close, so it’s all good.”

Mercedes team boss Toto Wolff said his driver has not felt settled in the car all weekend and made multiple changes across each session.

Bottas conceded it had been “quite a difficult weekend” so far, the Finn having been so closely matched with Hamilton at other GPs.

“We made quite a big set-up changes for FP3, but the car became very difficult under braking,” he explained.

“So braking into Turn 1 and into Turn 4 [the two chicanes], over the bumps, the car just became more difficult and it was very easy to lock-up.

“I did a lot of mistakes in FP3 and didn’t really get any clean laps.

“We then went pretty much back to what we had on Friday, with some small tweaks for the balance and the car was a lot better.” 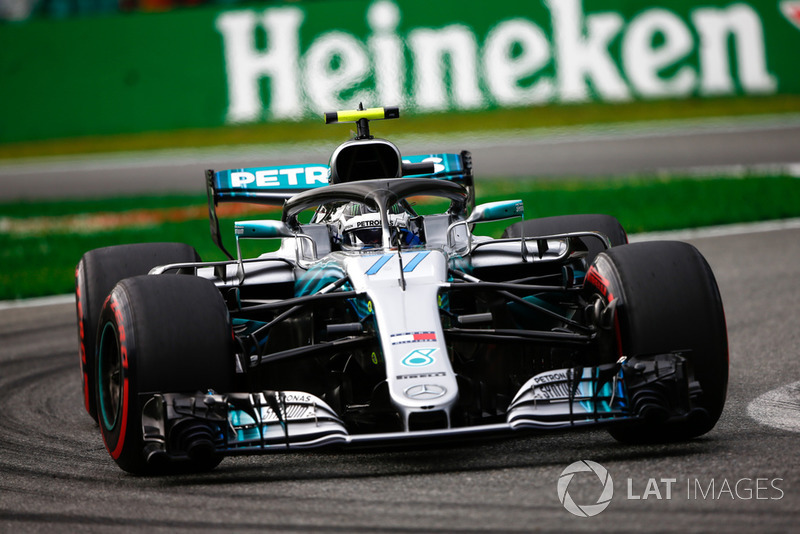