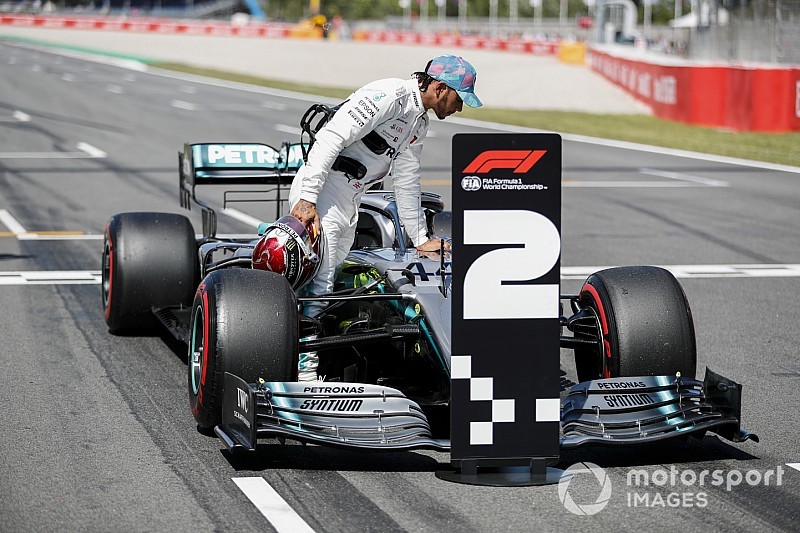 Valtteri Bottas said he could never have expected such a commanding advantage in Spanish Grand Prix qualifying, after inflicting Lewis Hamilton’s heaviest ‘real’ qualifying defeat within Mercedes since 2016.

Bottas’s 0.634s margin over Hamilton is the furthest the five-time world champion has been behind a teammate since his struggles in Singapore in 2016.

While there have been much bigger margins, these have all come amid extenuating circumstances.

Hamilton was officially 19.196s slower than Nico Rosberg in Baku in 2016 after crashing at the start of qualifying and 3.466s slower in 2014 British Grand Prix qualifying during a wet-dry session.

There are also two qualifying sessions in which Hamilton did not make Q3, Belgium 2016 and Monaco 2017, and thus his qualifying deficit in those is not a fair comparison.

Therefore, these are the five biggest deficits Hamilton has had to a teammate in a fair fight during the V6 turbo-hybrid engine era, courtesy of data from our FORIX database. 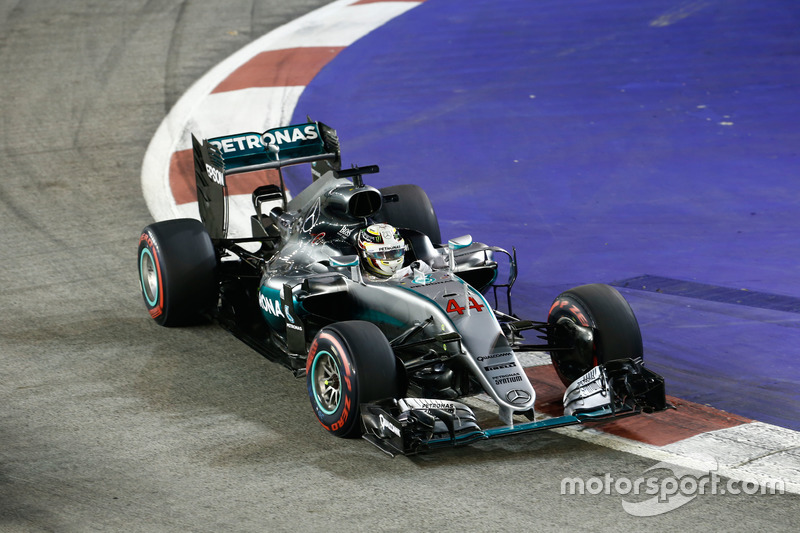 Mercedes was never weaker during its most dominant years of this engine formula than in Singapore.

Rosberg was able to keep Red Bull at bay in 2016, but Hamilton was not as competitive and struggled all weekend to get the team’s “diva” car to work around the Marina Bay circuit.

He only just managed to outqualify Max Verstappen for third place, having been bested by Daniel Ricciardo and hammered by teammate Rosberg to the tune of seven tenths of a second. 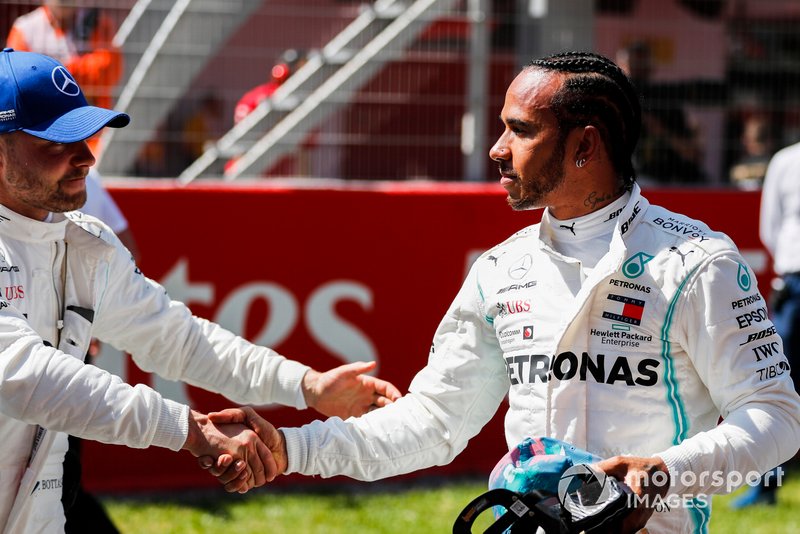 Bottas has started the 2019 in very strong form and a hat-trick of poles was secured at Barcelona on Saturday.

Unlike the previous two qualifying sessions though, in which Hamilton probably should have secured top spot but for losing ground at the end of his laps, Bottas was simply too fast in Spain.

While the six tenths of a second was probably an exaggeration as Hamilton had a compromised first run and failed to improve on the second, this is arguably the most emphatic statement Bottas has made so far. 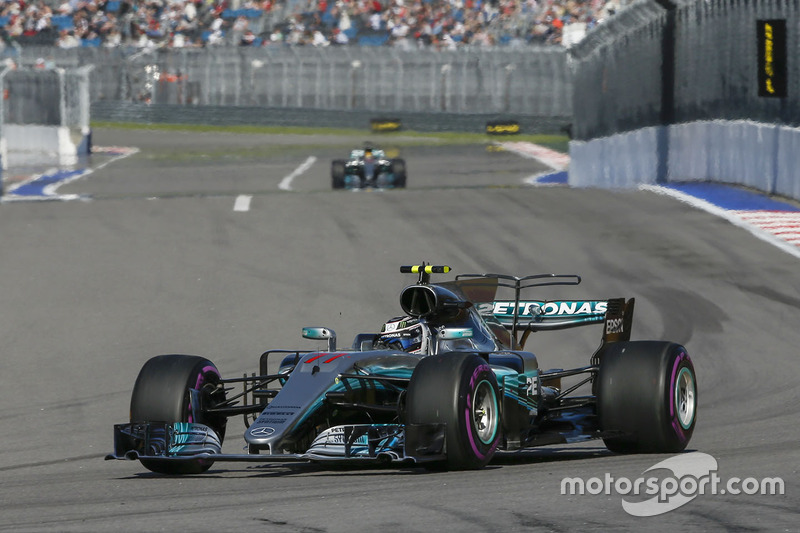 Bottas has always been extremely strong on low-grip tracks, while Hamilton simultaneously struggles more in such conditions.

Hamilton likes a strong front end then he can brake late, and rotate the rear fairly aggressively, while Bottas can extract more than Hamilton can if the front is a bit vague and the turn-in phase can be a bit more elongated.

The result in Russia in 2017 was Bottas comfortably emerging as Mercedes’ lead contender – and then claiming a first F1 win by getting the jump on Ferrari at the start. 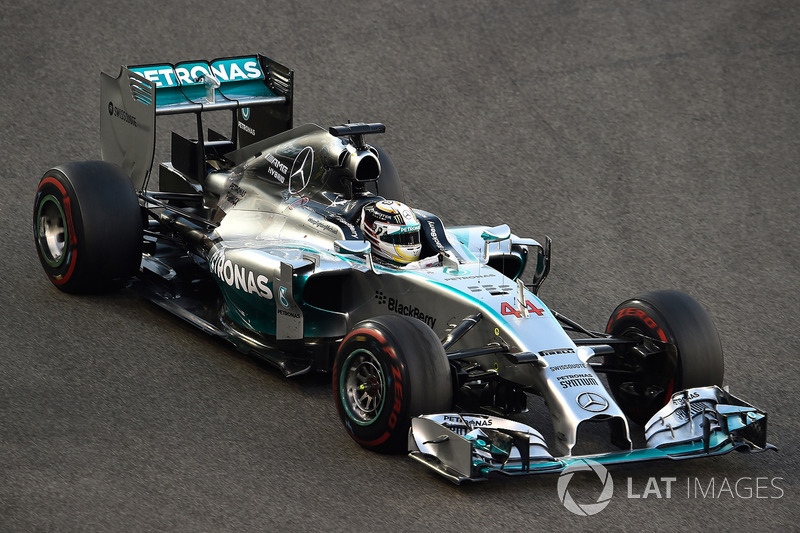 With the title on the line, perhaps one would expect Hamilton to have been in tip-top form at the 2014 season finale.

However, that was only the case because of the double-points rule for 2014, and Hamilton only had to finish sensibly to secure Mercedes’ first drivers' title in the new engine era.

Rosberg was on pole position but lost out to Hamilton on the opening lap. 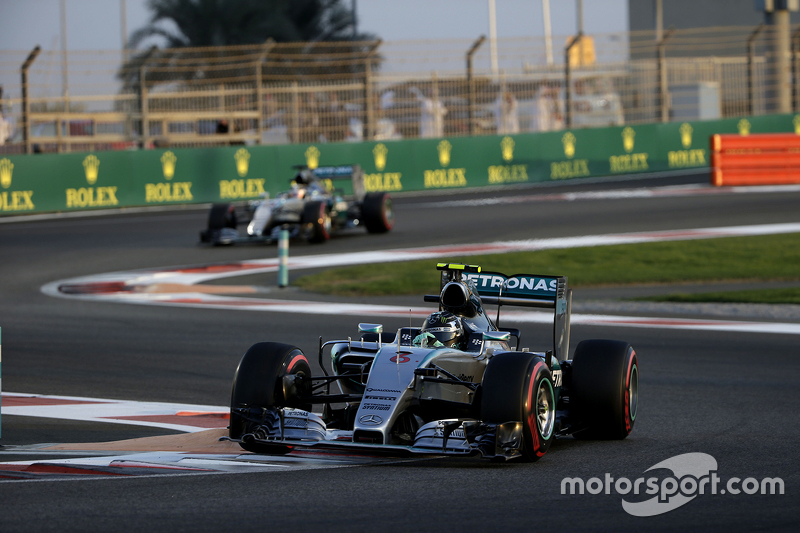 After wrapping up a second straight title early, Hamilton almost slipped into an ‘autopilot’ mode over the final three races of the season.

Rosberg came to the fore, mentally setting up his 2016 title charge in the process, and was in particularly dominant form at the season finale.

He outpaced Hamilton by 0.377s in qualifying and went on to win the race by 8.2 seconds.

"Nothing we can do" about Mercedes domination - Wolff