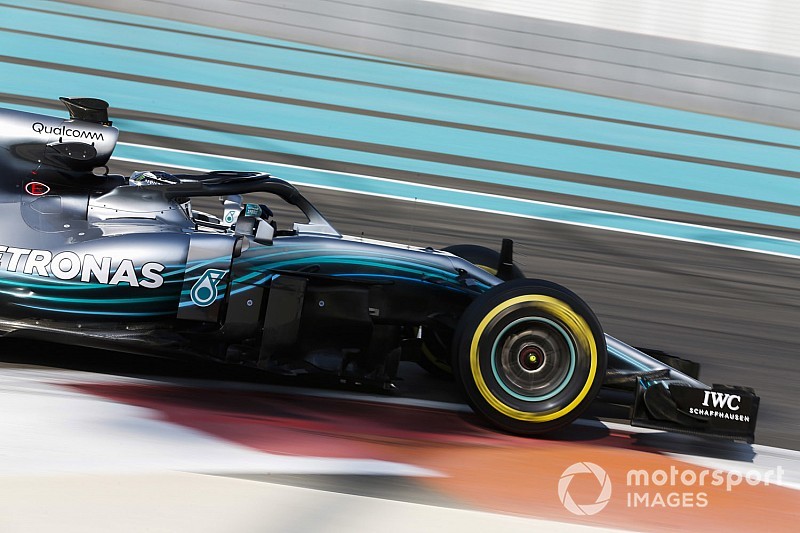 Valtteri Bottas set the pace on the first morning of the post-Formula 1 season Pirelli tyre test in Abu Dhabi.

The Mercedes driver set a 1m37.231s, three seconds slower than the Abu Dhabi GP pole time, to head the timesheets after the first four hours of running at the Yas Marina circuit.

Bottas improved in the third hour of the session to displace Ferrari’s Sebastian Vettel.

Max Verstappen lapped six tenths slower than Bottas, which was enough to briefly elevate the Red Bull ahead of Vettel as well before Vettel improved in the final hour to get back ahead, 0.354s off Bottas's pace.

Sergio Perez, the busiest driver of the morning at 61 laps, and Nico Hulkenberg completed the top five for Racing Point Force India and Renault respectively.

Vettel caused a red flag in the third hour thanks to a quick off at Turn 1.

He made it back to the pits under his own steam but the session was briefly halted to repair the barriers.

That was the second red flag of an interrupted morning, with the first caused by Pietro Fittipaldi after almost two hours.

The grandson of two-time F1 champion Emerson, getting his first F1 experience, stopped on track under instruction from Haas because of a technical problem.

A suspected engine change kept the Brazilian in the garage for the remainder of the morning and meant he fell to the bottom of the times. 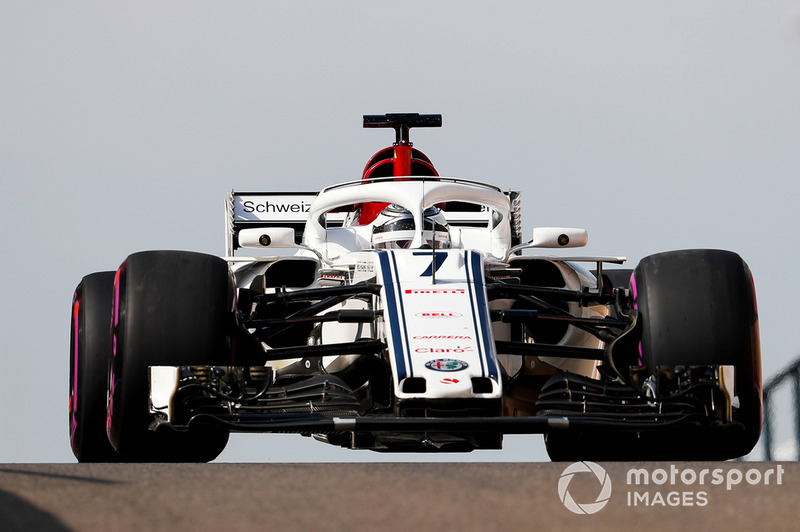 Fittipaldi’s problem allowed Kimi Raikkonen to leapfrog the youngster and avoid ending his first morning reunited with Sauber slowest of the 10 runners.

Raikkonen will race for the Swiss team in 2019 after ending his second spell with Ferrari this season and appeared behind the wheel of a Sauber for the first time in 17 years on Tuesday morning.

Raikkonen is not the only driver getting experience of his 2019 team early.

Formula 2 champion George Russell ended his first half-day of running with Williams with the sixth-fastest time.

Russell improved in the final hour to lap quicker than fellow 2018 F2 driver Sean Gelael (Toro Rosso) and runner-up Lando Norris, who is at the wheel of the McLaren.

The test has not been paused, with a further five hours scheduled until the day ends at 6pm local time.
It is not known what tyres drivers set their best times on as live information is limited trackside.

The test is being conducted to give the 10 teams experience of Pirelli’s finalised 2019 tyre range.

Teams can choose what they want to try and they are able to compare the 2019 with the 2018 compounds.

No information is held back, unlike blind tyre comparisons that take place at tests during the compound development phase, and set-up changes are open.