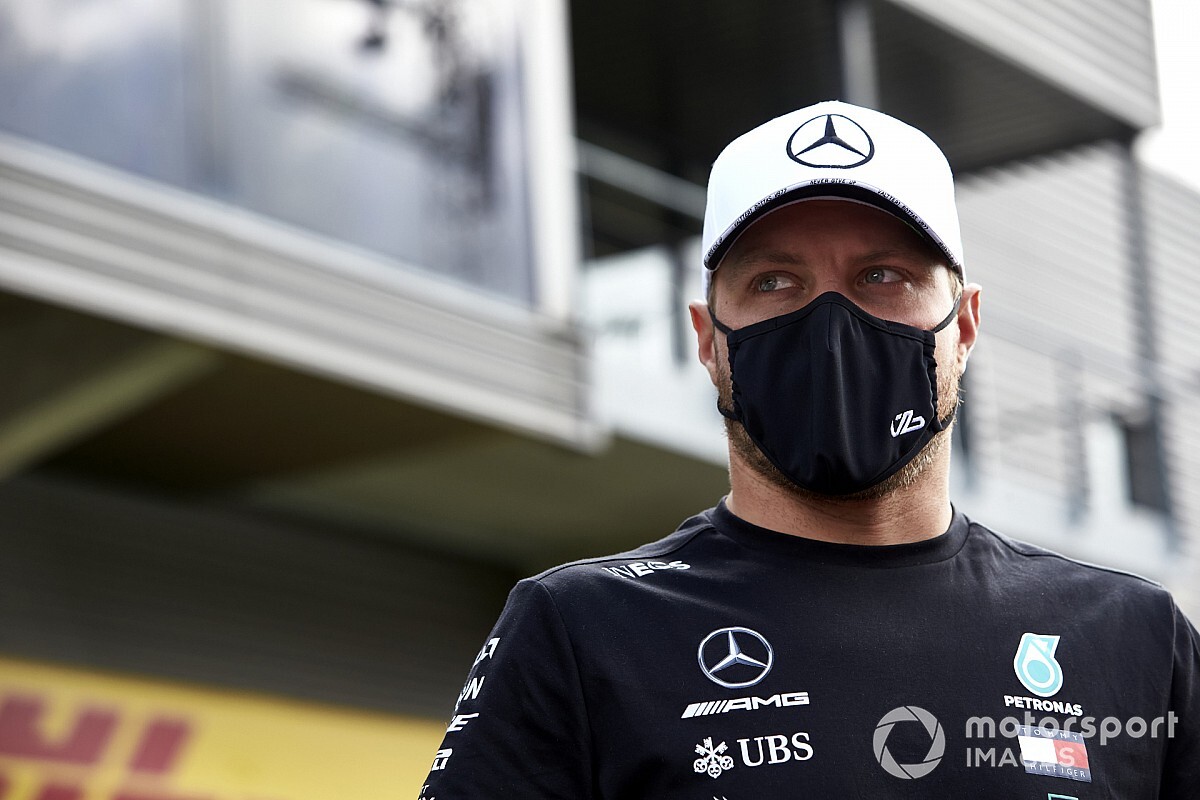 Mercedes is working on a solution to avoid a repeat of Valtteri Bottas’ numb leg problem experienced during the Belgian Grand Prix.

Mercedes Formula 1 driver Bottas reported towards the end of last weekend’s race at the Circuit de Spa-Francorchamps that he was feeling some numbness in his left leg.

The Finnish driver revealed after the race that a stiff brake pedal had resulted in the issue occurring on a couple of occasions already through the 2020 season.

“There’s been a couple of races this year where we have a really stiff brake pedal, and I get this numbness because I have to press it so hard,” Bottas said on Sunday at Spa.

“It just happened again. It’s not ideal. It’s not very comfortable and can lead to mistakes.”

Speaking in Thursday’s FIA press conference ahead of the Italian Grand Prix at Monza, Bottas revealed that Mercedes was working on a solution to avoid a repeat of the issue.

“The team is on it. They always listen very carefully to what we say,” Bottas said.

“When it comes to driver comfort, they’re definitely on it. I think there’s nothing yet here, there’s still work to do with that, so hopefully this weekend goes OK.

“I don’t know if they’ve tried things yet, but I’m sure they can do something to help the driver comfort.

“We spend quite a bit of time in the car, so we want everything to be perfect. [It’s] still drivable, it’s fine. The point is it can be better.”

Bottas explained that he had previously encountered the issue during his maiden season racing for Mercedes, but the numbness was then caused by an issue with the seat.

"I remember 2017, first year with the team, but that issue was more from the seat,” Bottas said.

“I struggled with some numbness here and there, and with some pressure points. We’ve been able to get it quite nice.

“Even in previous years, there have sometimes been some issues. It’s not like it’s magical those things happen. They happen because there’s quite a bit of pressure with the G forces.”