Bottas is no different this year, says Hamilton 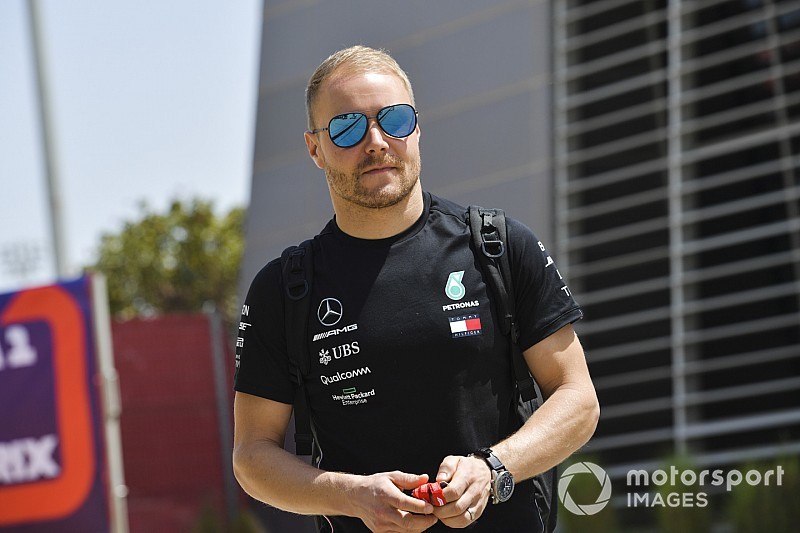 Lewis Hamilton says he doesn't detect any change in the approach of teammate Valtteri Bottas in 2019 despite the Finn's storming start to the season in Australia.

Bottas, who took a dominant win in Melbourne, has indicated that his mindset is different after a winless 2018 campaign, but Hamilton has played down such suggestions.

"I don't think so, he's motivated every year," he said when asked he found Bottas more motivated than previously.

"I work with the guy and he's the same guy he was last year. So, no difference for me except he has a beard.

"Time will tell I guess. I never thought he was a weak person anyway. I've always seen him as a strong character."

Hamilton insisted that his teammate's improved form wouldn't impact his own motivation.

"Not really, it doesn't really change a single thing. Last year he was very strong, it was a good second year for him.

"He was very unfortunate in many races. It's just a continuation. There's only been one race, it was a great race from him, and I look forward to seeing many more good races for him."

Bottas said he took a different approach over the winter.

"For sure if you look at the results it is very early in the season, it is one race," he said. "But I can say that something in my mindset has changed for the year.

"Preparation over the winter and the way of how I feel and think about things has changed. It is quite difficult to explain in detail but I feel different to years before."

Asked why he had what he has described as his best race in Australia, he said: "It must be the beard! Honestly, it really felt after the race that it was one of the best, or my best race.

"Obviously the start of the race was the key to get into the lead but after that I did no mistakes and everything was very much under control.

"When you feel your are performing at your best, it is a beautiful feeling. It was nice. You want to try to keep the momentum and feel that again soon.

Ferrari denies it had cooling problems in Australia

Ferrari: Not going for fastest lap in Australia a mistake