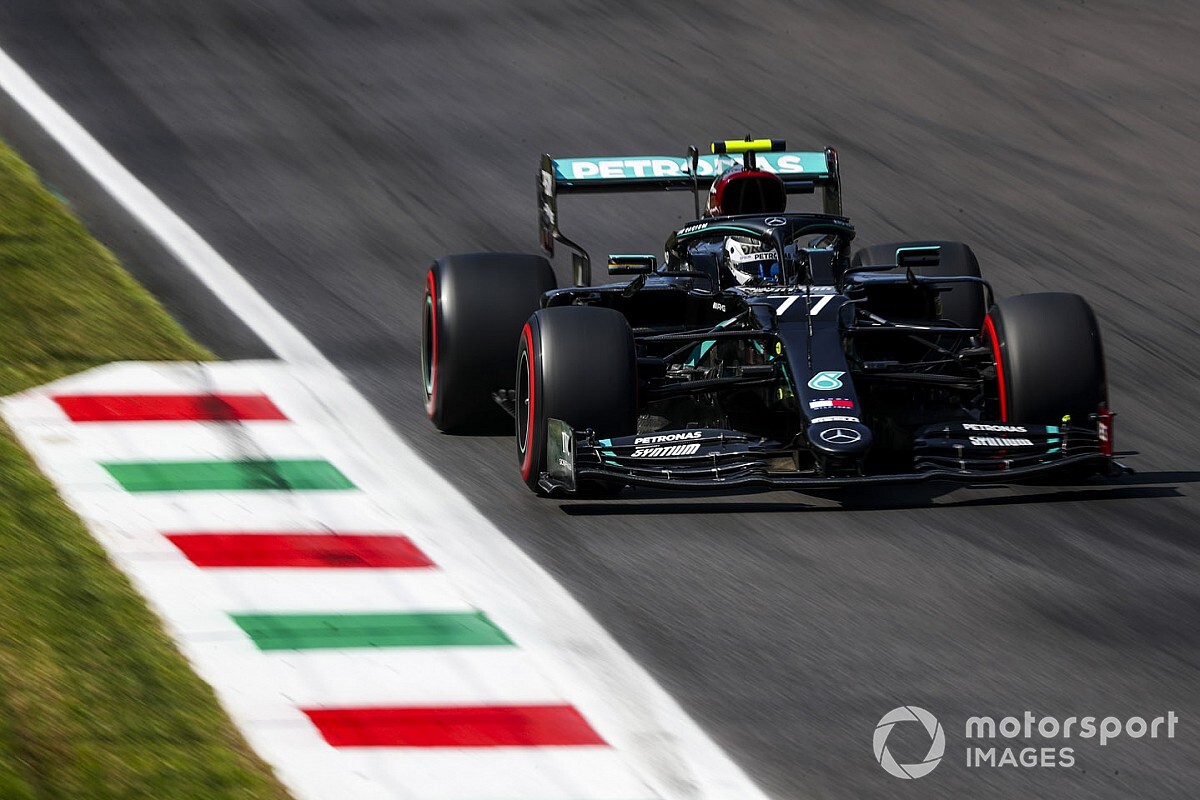 Valtteri Bottas is "not sure how happy Red Bull is now" with the ban on Formula 1 engine 'party modes' after Mercedes dominated qualifying for the Italian Grand Prix.

Third-placed driver Carlos Sainz from McLaren was a distant eight tenths of a second off the pole time, while Hamilton's lap was a new track record, setting the fastest average lap speed in F1 history.

Mercedes' domination came despite the FIA's ban on changing engine modes through qualifying and the race via a technical directive, stopping teams from using their high-power setting, also known as "party mode".

Bottas said after qualifying that he was not sure how happy Red Bull would now be with its push to try and get the technical directive pushed through, as it could only qualify as high as fifth with Max Verstappen.

"The pace I had in the long runs and we had as a team, we're looking strong," Bottas said. "With the engine regulation change for the modes, it's going to be even better for us in the race than before. Hopefully it will be good.

"I'm not sure how happy Red Bull is now with this engine change."

Asked by Motorsport.com if he missed using party mode on his car, pole-man Hamilton remained coy.

"I don't even think we ever had a party mode," Hamilton joked. "It's something someone else made up. Who knows if we even used that mode at Spa anyways?"

Hamilton himself coined the term "party mode" back in 2018 when Mercedes made a breakthrough with its power unit output.

Bottas had decided to go first on-track and give Hamilton a tow, believing he was better off running in clear air.

But the Finn refused to say if the lack of a tow had cost him in the battle for pole.

"I've been feeling pretty fast this weekend, so obviously a bit disappointed to be second instead of first," Bottas said. "Ultimately it came to the choice, if I'm running first or second, to [go] first, because from our analysis, there shouldn't be much of a difference, or maybe even better to be first so you can really focus on the clean laps and not to have any messy out-laps.

"I just experienced once the final tow in the end of Q2, and actually it didn't feel too bad. That's when I got the quickest time, otherwise cutting the wind in the front.

"In the corners, I was fast. So it's impossible to say without seeing the data which one was better."