Valtteri Bottas has escaped with a reprimand after he inadvertently put Stoffel Vandoorne off the road in final practice for the Belgian Grand Prix. 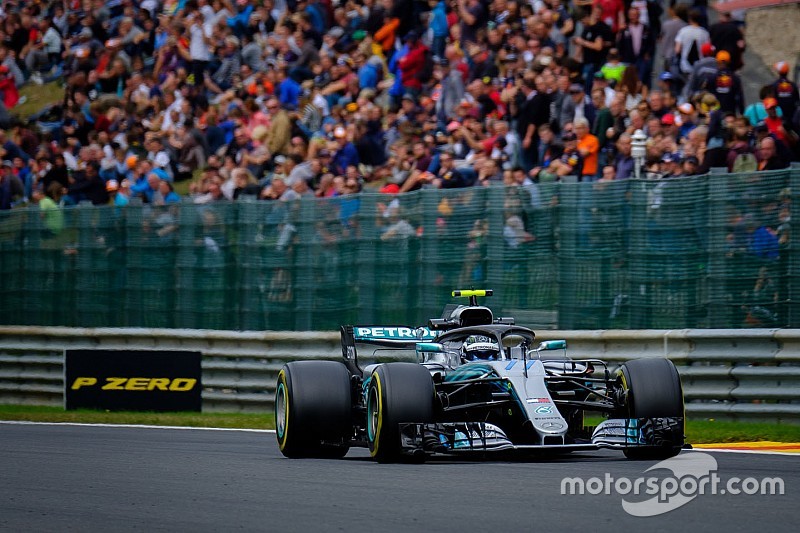 Vandoorne came across Bottas at the top of the hill after Eau Rouge, and opted to pass on the left just as the Mercedes driver moved in that direction.

The Belgian put all four wheels on the grass before spinning over to the right, where he just clipped the barrier.

Bottas had just been passed by Vandoorne's teammate Fernando Alonso, and the two McLaren drivers were practising slipstreaming each other prior to qualifying.

The Finn was duly called by the stewards to answer a charge that he had "driven in a manner that was potentially dangerous to the driver of Car 2 between turns 4 and 5".

In their decision, the stewards noted that "the driver of car 77 conceded the incident was his fault and that he had not seen car 2 approaching, despite checking his mirrors and having heard a warning message from his team.

"He believed that car 2 was further behind than it actually was. The stewards determined the incident was not intentional or reckless and for this reason imposed the penalty referred to above."

The reprimand is the first of the season for Bottas, who is already starting at the back of the grid due to engine change penalties.