Valtteri Bottas has revealed that the blistering start that helped him to victory in the Japanese Grand Prix was down a 0.04 seconds reaction time at the lights. 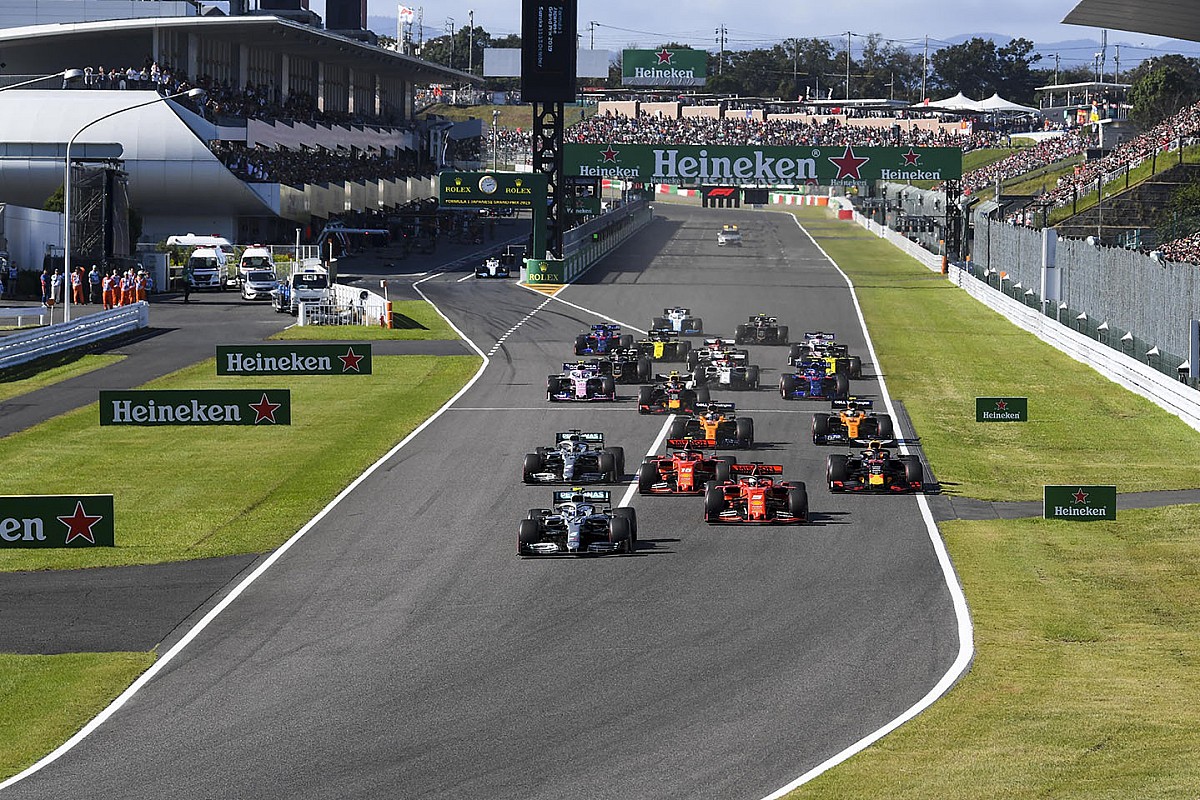 The Finn surged from third on the grid to take the lead on the charge away from the line in Suzuka a fortnight ago, having been helped by pole position man Sebastian Vettel’s stop-start getaway.

Reflecting on the key moment of the race, the Mercedes driver said: “The race start helped a lot, it was the key thing getting into the lead on that kind of track. My reaction time was rather quick, it was four-hundredths, so maybe my best so far.”

With F1’s start system detecting a jump start if the movement of the car comes too quick after the lights go out, Bottas was quick to clarify that the time related to his own reaction in releasing the clutch rather than when he started moving.

“That reaction time was when I did my first movement with the paddle since the lights go off, not the car moving yet because that also takes a bit of time,” he said. “That’s normally not a reaction time I can achieve.

“But maybe I was aided a little bit by Sebastian moving before, so for sure we were a little bit lucky: maybe as well with the timing and a bit risky for sure because normally it’s at least a tenth your reaction time. So it was definitely on the quick side and the risky side. But looking at it afterwards, very good, very nice, happy about that.”

Bottas is no stranger to making swift getaways in F1, with his victory at the 2017 Austrian Grand Prix coming after a start registered at 0.201 seconds was felt by rivals to have been a jump start.

Heading in to this weekend’s Mexican Grand Prix, Bottas it the only man who can stop Lewis Hamilton winning the world championship and, although he faces a tough task to close the gap, he says there is no point in simply giving up.

“For sure it’s getting tougher each race and he’s got a chance here to secure it but there’s no point saying it’s over because it isn’t,” he said. “It is when it actually happens.

“It’s a bit of a long shot, if I’m being realistic, but we’ll just focus on individual races. And again, this weekend like in Japan, really trying to do the best we can and try and win the race. That’s all that I can do.”

Leclerc vows to be more careful after "useless" Japan risk