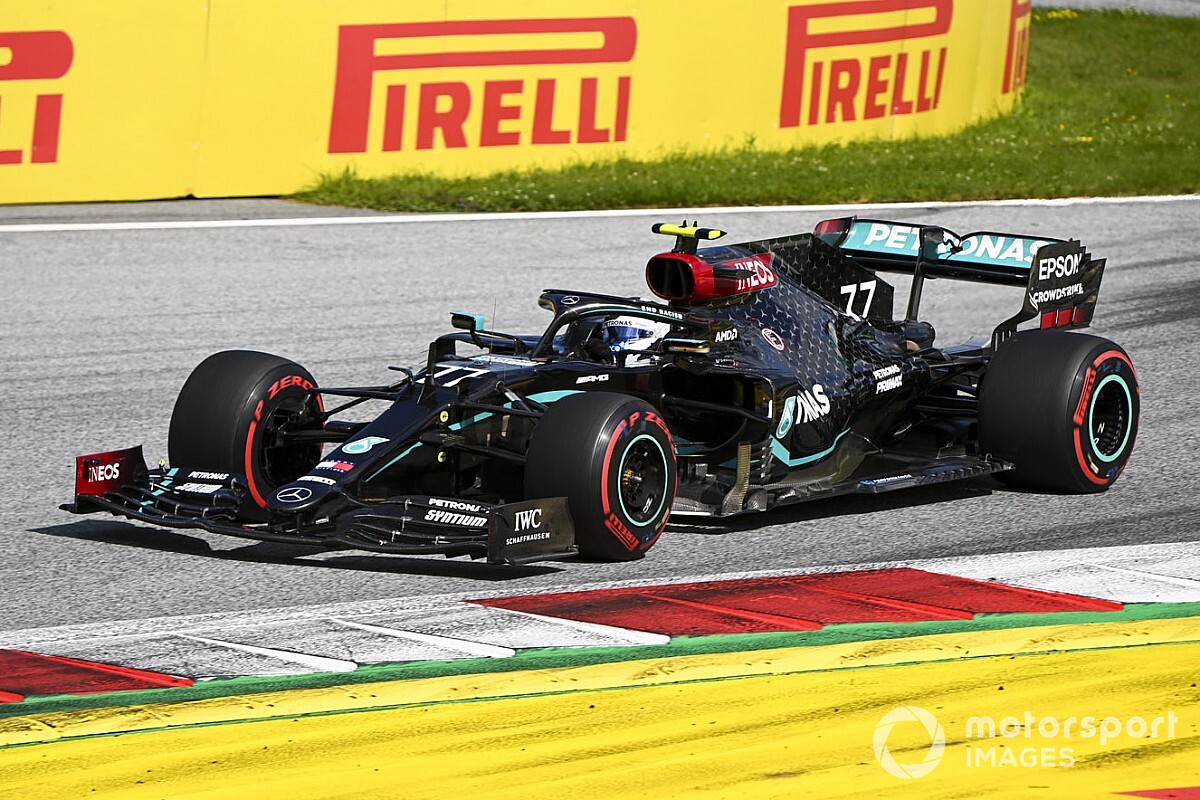 Valtteri Bottas called his run to second place in the Styrian Grand Prix “damage limitation” after maintaining his lead in the Formula 1 drivers’ championship.

After winning last weekend’s season-opener at the Red Bull Ring, Bottas could only qualify fourth in wet conditions on Saturday after struggling with a glazed brake, as Mercedes teammate Lewis Hamilton took pole position.

By the time Bottas passed McLaren’s Carlos Sainz for third place early in the race, both Hamilton and Max Verstappen had already pulled a gap that he could not close through the opening stint.

An extended run on the soft-compound tyres gave Bottas fresher rubber for a late charge, allowing him to pass Verstappen for second with five laps to go.

Bottas eventually crossed the line 13 seconds behind Hamilton, but said he stood little chance of beating his teammate after his qualifying result.

“Obviously Lewis started from the pole and had a good start,” Bottas said in parc ferme after the race.

“He could really control the race and there was not as much happening as last weekend.

“But from my side, starting fourth, I think today was damage limitation. Still got good points, still leading, so it’s not too bad.

“Yesterday wasn’t ideal, so that’s why I couldn’t get 25 points today.”

The result means Bottas holds a six-point lead over Hamilton in the standings ahead of the third round of the season in Hungary next weekend.

Bottas enjoyed a close battle with Verstappen for second place late on, with the pair going side-by-side at Turn 4 as the Red Bull driver looked to hold on to the position.

Verstappen was able to hang on around the outside of the corner and force Bottas to back off initially, only for the Finn to get the overtake completed one lap later.

“It was a good battle with him,” Bottas said.

I think I had quite a bit more pace at the end than him as we extended the first stint. Racing closely is always good fun.”

Asked if he was leaving Austria feeling satisfied with his championship lead intact, Bottas replied: “I could have been more satisfied, but it’s been a not bad first couple of races.

“So I’m looking forward to next week."