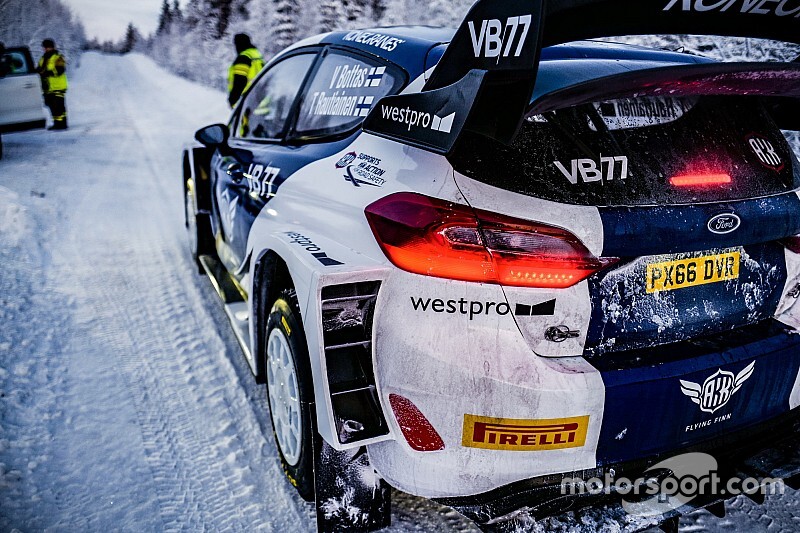 Bottas is contesting the Arctic Rally in Finland in a Ford Fiesta WRC, co-driven by Timo Rautiainen - who won two world championships alongside Marcus Gronholm in the early 2000s.

Though Suninen will not be present at the Rovaniemi-based event as it clashes with the WRC season-opening Monte Carlo Rally, he has given Bottas tips on what to expect.

"I know him quite well, we have the same sponsor and that brings us together a little bit," Suninen told Motorsport.com.

"I would have liked to make a deeper cooperation, but there wasn't such a long time before my first rally.

"We have been in touch on the telephone talking about what to expect, what he might struggle with and how he could get out of the problems."

Suninen expects Bottas to struggle with pacenotes and sharing the car with another person, as well as the snowy conditions.

"Driving a four-wheel drive car on these studded tyres could be difficult," Suninen said.

"His mind will be telling him all the time the snow and ice are slippery, but if the conditions are good then he will have some really good grip.

"It's not going to be easy for him, he starts from zero experience – but OK, he's one of the best drivers in the world.

"I hope he enjoys it, it's interesting to have some drivers coming from a different discipline.

"If I wasn't in Monte then I would go to Arctic Rally to support him and watch him."

Bottas has already completed his first test ahead of his rally debut, beginning preparations with mileage in a Group N Mitsubishi Lancer before trying out the Fiesta.

Ex-F1 racers Keke Rosberg and Mika Hakkinen have contested the Arctic Rally in the past, and Bottas said he had been considering it for some time.

"It was about two years ago when the idea came into my mind that driving with a rally car could be a great experience," Bottas told Finnish news channel YLE.

“Last year I decided that next winter it would happen. Then we started to gather a team around us.

“Big thanks already to everyone involved and who gives their support for the project. This will be for sure a fun project for all and hopefully the results will also be OK.”

Bottas admitted there had been the odd mistake during testing.

“It’s part of the business,” he said. “We have hit the snow a few times, but luckily not too much. In every test I have made a few mistakes and the shovel has been needed, but nothing serious, nothing like touching trees.

“When we start the competition, we will drive smart. There are lots of experienced drivers competing who are familiar with this Arctic Rally. Some of those drivers may even know some of the stages by heart.

"For me, every turn and stage are new. And so are the conditions and the surface of the road which changes all the time and changes the grip.

“We'll start calmly, with speed that feels good to me. We will add more speed when I think I would be ready. We will, of course, drive with full force, but considering my current experience and skills.”

The Arctic Lapland Rally is one of the toughest on the Finnish calendar, with 10 stages – five on Friday afternoon and five on Saturday – totalling 150 competitive miles. The longest stage of the event is a 26-miler running in the dark on Friday evening. 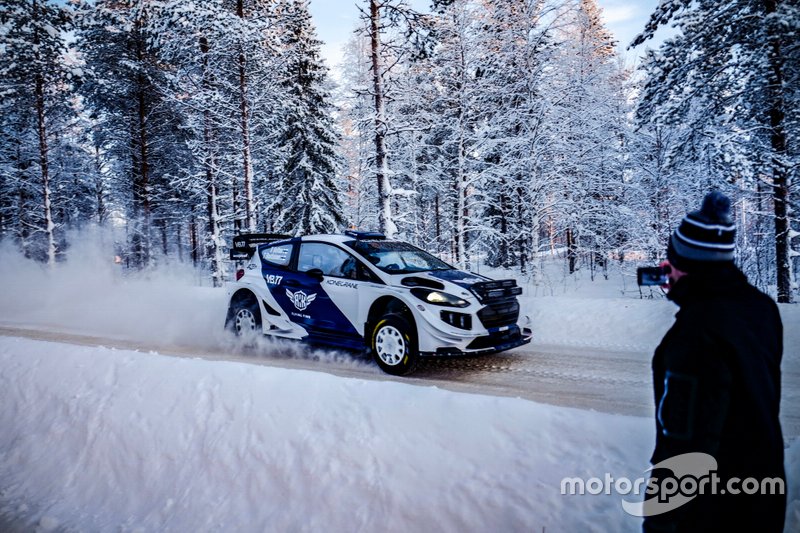