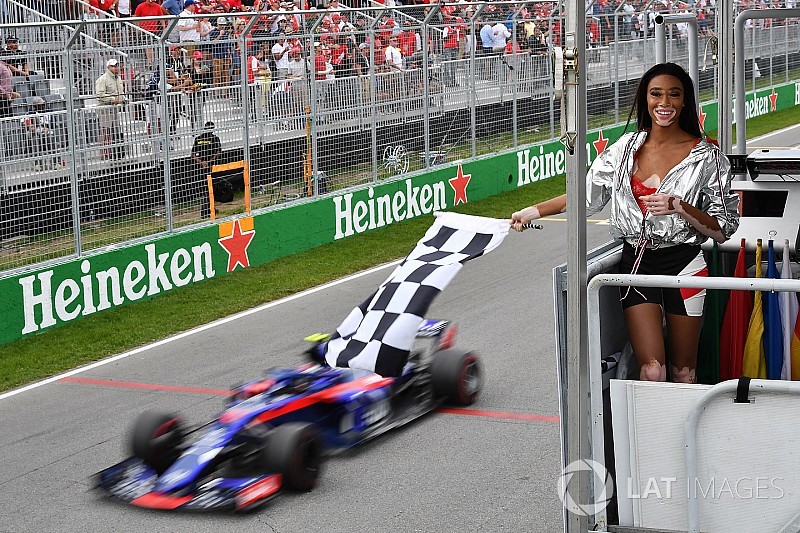 Last Sunday Harlow became the latest VIP to be invited to wave the flag at the end of a GP, but did so because she was given the wrong instruction from an official.

Brawn used his regular post-race debrief to say sorry for the outcry this triggered, with a lot of criticism directed to Harlow on social media.

"Supermodel Winnie Harlow was an innocent victim at the end of the race," said Brawn.

"She was asked to wave the chequered flag, but was told to do so after 69 of the 70 laps had been completed.

"I was sad to see her so heavily criticised when, as race director Charlie Whiting explained, it was all down to a misunderstanding between two officials.

"Winnie simply followed the instructions she was given and I want to apologise for the grief she received and thank her for supporting Formula 1."

Brawn said the presence of VIPs at races, and their involvement in things like the chequered flag procedure, can help attract new audiences to F1.

He said that needed to be as much a priority as preserving F1's history with initiatives like Jacques Villeneuve driving his father Gilles' 1978 Ferrari 312 T3 on the 40th anniversary of his win.

Brawn added: "Something similar happened in China in 2014, but in that instance it wasn't a celebrity waving the flag.

"As the saying goes, 'to err is human' and all of us – drivers, managers, engineers, mechanics, journalists and fans – make mistakes.

"The important thing is to learn from them and try to prevent them happening again in the future."

Why Alonso must race in IndyCar in 2019