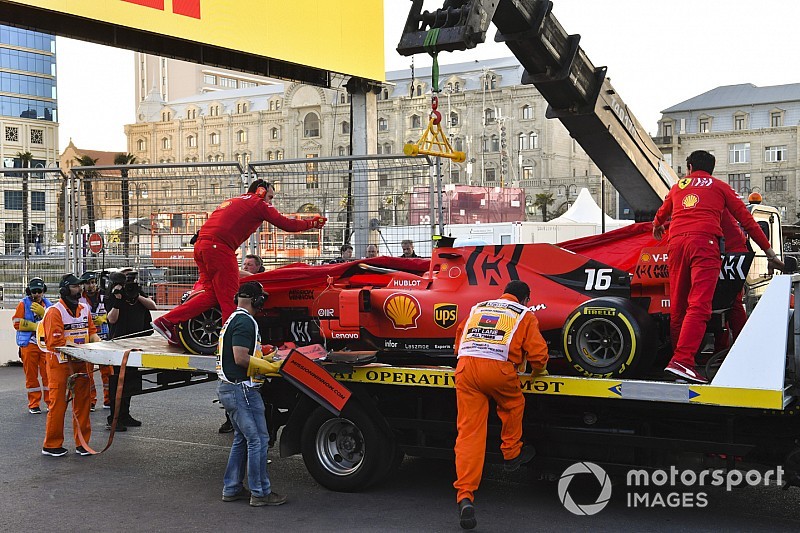 Formula 1 managing director of motorsports Ross Brawn has defended Ferrari’s decision to use medium tyres in Q2 in Azerbaijan – even though the move triggered Charles Leclerc’s crash that derailed its weekend.

Ferrari had looked to be the pace-setters in Baku up until qualifying, and the Italian outfit stood alone in trying to make it through Q2 on medium tyres so it had a strategic advantage in the race.

But the move proved to be Ferrari’s downfall, as Leclerc made a mistake in failing to adapt to the braking characteristics of the medium as he locked up and hit the wall at Turn 8.

With Leclerc out of Q3, Vettel was left alone and without potential for a tow – and that allowed Mercedes to lock out the front row, which Valtteri Bottas and Lewis Hamilton turned into another 1-2 finish.

While many have suggested Ferrari was wrong to change tyre compounds in Q2, Brawn is clear that he believes the team did the correct thing – because if it had paid off it would have helped the outfit win.

“The decision to try to qualify in Q2 on the medium tyre was the right one in my opinion, because on the softs, Mercedes had shown they had a better race pace on Friday afternoon,” said Brawn in his regular post-weekend F1 debrief.

“If Charles had managed to get ahead of them in Q3 – and there was a chance of that – and then run a long first stint, as he went on to do, then he would have been in with a good chance of finishing at the front.

“Unfortunately for him, despite a strong climb up the order, he finished fifth, for the third time this year. And I doubt that taking an extra point for setting the fastest race lap would have cheered him up. However, even after this race, he bears all the hallmarks of a driver on the way up, destined for great things.”

Ferrari’s failure to win, allied to Mercedes delivering its fourth consecutive 1-2 finish, has left the outfit aware it needs to turn things around swiftly if it is to remain in championship contention.

But despite the situation looking difficult, Brawn reckons that all is not yet lost for the Italian outfit.

“As the first tranche of races that make up this long championship comes to an end in Baku, one could ask oneself if we can still expect to see at least two teams fighting it out for the titles,” said Brawn.

“At the moment, a negative response would seem logical, given that Mercedes has taken four consecutive one-two finishes, but I feel there is still time for Ferrari to fight back, as it showed in two of the four races that it has what's needed to win.

"The duel between the two Mercedes drivers is definitely wide open, with Bottas and Hamilton only separated by the point scored by Bottas for fastest lap in Australia.” 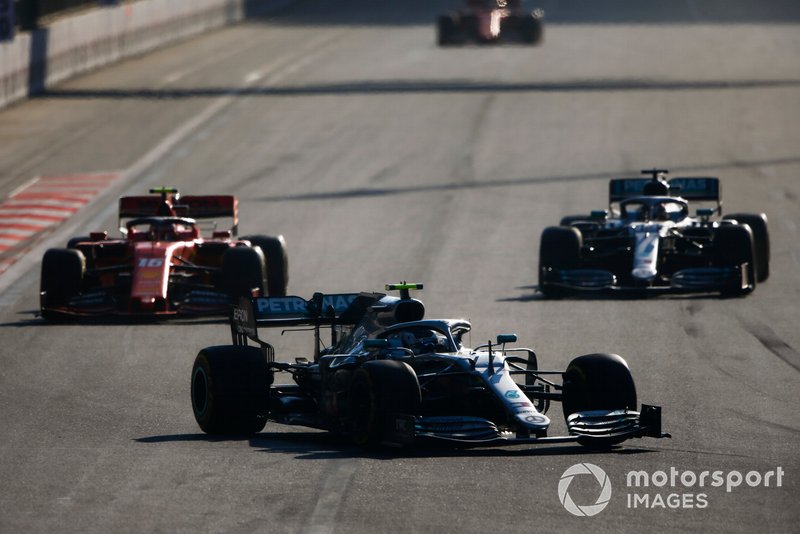