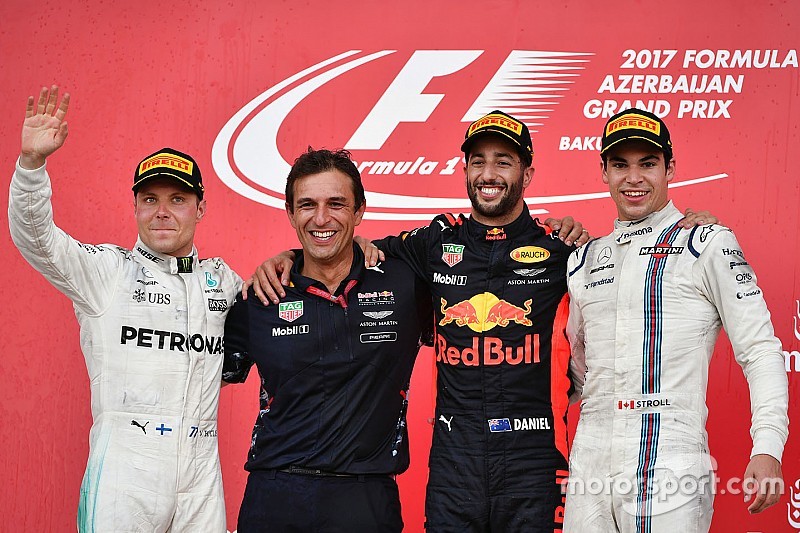 Formula 1 sporting boss Ross Brawn says it is "unacceptable" that midfield teams have only scored two podiums between them since the start of 2017.

Sergio Perez bagged third place for Force India in this season's Azerbaijan Grand Prix, one year after Lance Stroll scored the same result for Williams at the same race.

The 297-point gap between F1's third-placed team, Red Bull, and fourth-place finisher Renault this year is also comfortably the biggest margin between those positions since the points system was changed for 2010.

Brawn, who has previously labelled closing the gap between Mercedes, Ferrari and Red Bull and the rest of the grid a priority for F1, said the rest of the field was "practically racing in their own championship".

"As was the case in 2017, only once and significantly, on a very unusual street circuit like Baku, did a driver from one of those seven teams make it to the podium," said Brawn.

"Two podiums from a total of 123 [across the two seasons] is unacceptable, especially when it comes with an ever increasing technical and financial divide.

"It's a problem we are tackling together with the FIA and the teams, because the future of Formula 1 depends on it.

"There are various solutions on the table and we must all accept that we can't go on like this for too much longer."

Six teams scored podiums in 2014, when F1's V6 turbo-hybrid era began, and 2015, with Force India and Williams both netting rostrum finishes in 2016.

Brawn said he did not want to have to refer to that battle as "the 'other' championship".

"Their battle was certainly thrilling, however, it's hard for the fans to truly get excited about a battle for eighth place," said Brawn.

"Having said that, congratulations to Renault for finishing fourth, confirming the progress it is making and to Haas, as finishing fifth in only your third year in the sport is a great achievement."

Brawn also praised Sauber for its progress this season after two tough years, and hailed Force India's efforts after falling into administration and being reincarnated as a new entry.

The former Ferrari, Honda and Mercedes chief said that upcoming regulation changes were just as important for F1's future.

He said F1 took "some important steps forward" this year, citing the 2019 rule tweaks designed to make it easier for cars to follow each other in a bid to improve racing.

Brawn also promised that the planned 2021 overhaul, which next year's changes are a precursor to, will result in "very different looking cars".

F1 revealed concept images earlier this year, although some teams were skeptical the designs would look that aggressive.

A move from 13-inch to 18-inch wheels has already been confirmed, with Pirelli continuing as F1's tyre supplier.

"The first steps for the future have therefore been taken," said Brawn. "But there's still a lot to do in the coming crucial months." 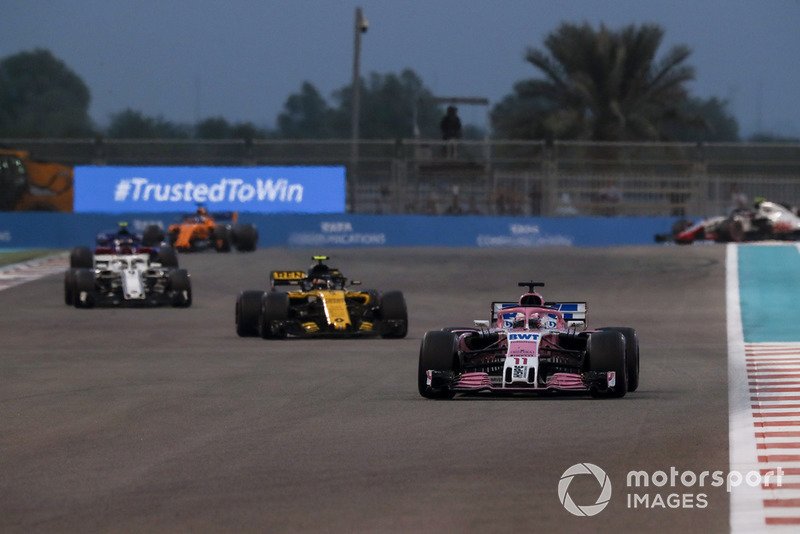