Formula 1 may be better off delaying the introduction of new engine rules planned for 2021 so it can be sure to attract new manufacturers, says the sport's managing director of motorsport Ross Brawn. 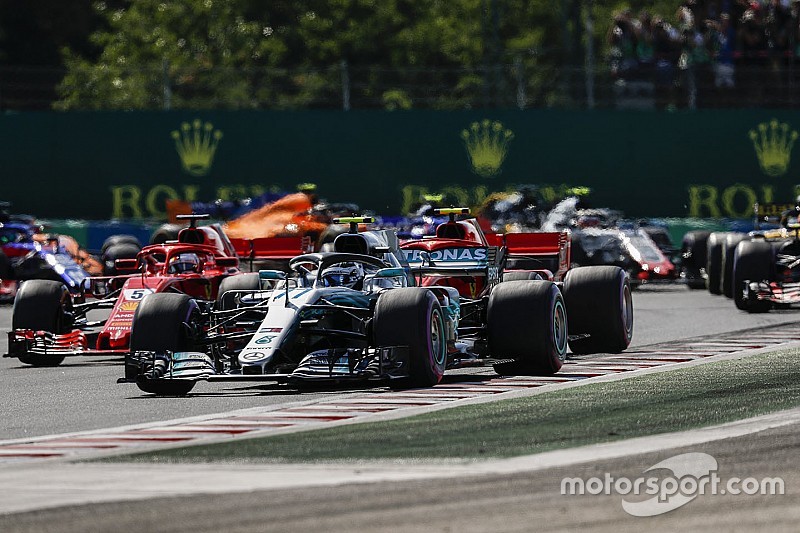 F1 owners Liberty Media and engine manufacturers have been working for several months on putting together a package of rules to revamp power units for 2021.

The hope was that the louder, cheaper and less-complicated regulations would attract new entrants – with Porsche, Aston Martin, and Cosworth all considering projects.

However, with delays in framing the specifics of the rules, and a push back from the current manufacturers to keep the current MGU-H, the interest from the outside partners has fallen away.

With fading hopes of new car makers coming in, Brawn has suggested that it may now make better sense to delay the rules overhaul.

"We want to try and create a set of technical regulations on the engine, which are appealing to new manufacturers coming in as well as consolidate our existing engine suppliers," said Brawn, in an interview published in the Belgian GP race programme.

"And I think we just need to think of our timing on that, whether 2021 is the right time to do that, or whether it's better to keep that powder dry until we can be certain that major regulation change will bring fresh blood into the sport."

While a major technical shake-up may be delayed, Brawn says there could still be scope to make changes in the sporting rules to level the playing field more.

"My feeling is that there's still quite a lot we can do on the engine side in terms of sporting regulations such as limits on dyno test time, number of upgrades during a season, consistency of specification to all customer teams etc," he added.

"On the engine, we need to decide if now is the time to have a revolution or an evolution."

Brawn is clear that other changes being planned from 2021 – including new chassis regulations and a cost cap – are still being pursued.

And he has suggested that a plan is in place for a 'soft' cost cap trial to be introduced from next year so problems can be ironed out ahead of a proper introduction in 2021.

"The good news is that with the FIA and in consultation with the teams we are progressing well on the economic initiatives," added Brawn.

"Work on the mechanism of a cost cap is going well. At the moment we are looking to introduce it in a soft form, with dry runs in 2019, and 2020 and then it will be become regulatory in '21.

"I would say that barring some last-minute discussions that's pretty much finalised now."

There is also likely to be more use of standard parts to bring down costs.

"Why don't we all have the same transmission, at least the core parts of it – the same shafts, the same differentials," explained Brawn.

"That would have quite a significant economic impact. And the effect on this on the perception of the competitiveness of the sport would be negligible.

"For a marginal gain, the individual costs spent by each team are significant. If you are developing your own transmission, I'd estimate you are spending between $5-10 million a year – and no one sees it." 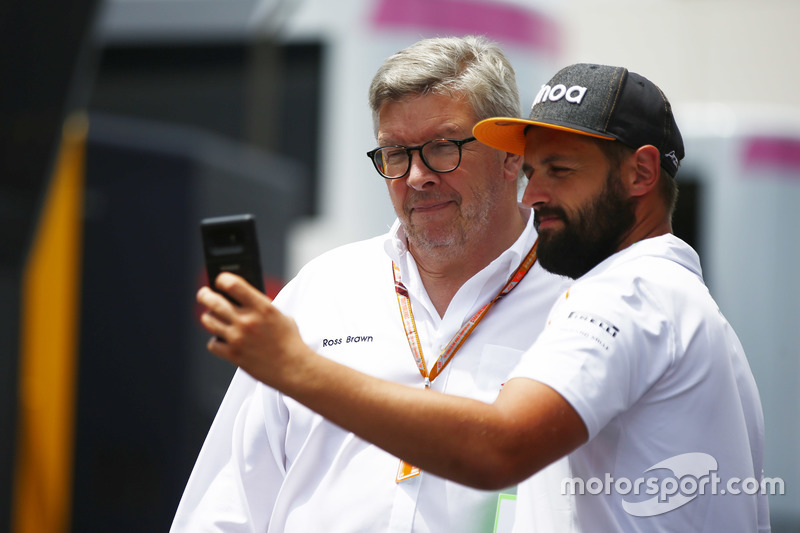 Ross Brawn, Managing Director of Motorsports, FOM, poses for a selfie with a fan