Brawn: Verstappen needs to learn from his mistakes

Formula 1 boss Ross Brawn says that Max Verstappen has to learn from his mistakes in order to become world champion down the line. 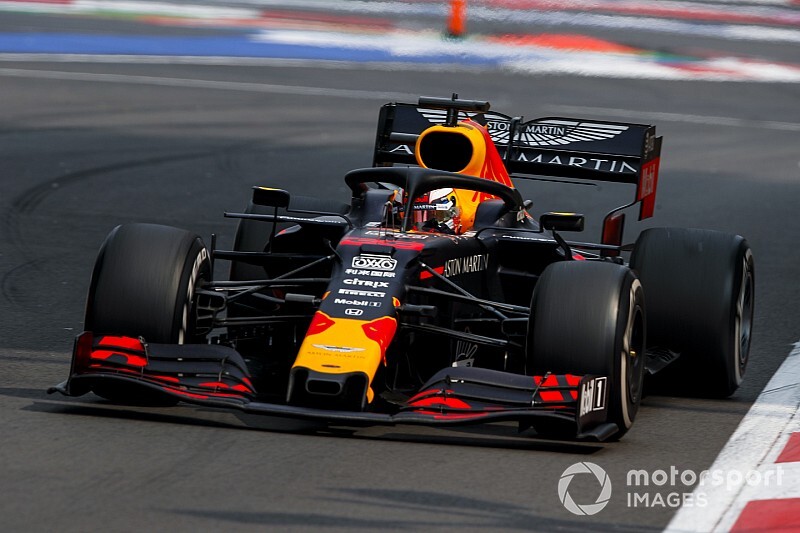 Verstappen had a rollercoaster weekend in Mexico, setting two laps that were good enough for pole position only to be demoted to fourth on the grid for not slowing when Valtteri Bottas crashed at the end of Q3.

In the race he lost ground after an early tangle with Lewis Hamilton and then suffered a puncture in contact with Bottas. He eventually recovered to sixth.

“Max made a few mistakes that cost him dearly,” Brawn said in his F1 column. “Starting on Saturday when he ignored yellow flags following Valtteri Bottas’ Q3 crash, and afterwards blatantly admitting that he had not reduced his speed.

“Then, on Sunday, the red mist came down on the first lap as he tangled with Hamilton in Turn 2 after the start.

“To make matters worse he picked up a puncture following a somewhat ambitious move past Bottas in the stadium section a few laps later. And that was pretty much that.

“There will be little consolation in his spirited fight back to sixth from P20 that involved a marathon 66-lap stint on hard tyres. The Dutchman showed his age or lack of it. He’s still only 22 and so there is plenty of room for improvement.

“The important thing is to learn from one’s mistakes, which applies even if you’re 50 but perhaps a little more so at 22.

Brawn praised Hamilton and Mercedes for emerging victorious in Mexico, against the run of form.

“He and his team proved they can win even when they don’t have the quickest package, a rare situation during the past five years.

“Lewis won thanks to the choice of a single pitstop and the realisation that track position is paramount. Those factors, combined with Lewis’ innate ability to manage the tyres, sealed a superbly executed win.

“In some ways, this race reflected the season as a whole – this year is the first in the hybrid era in which Mercedes’ technical superiority has been challenged, but at the same time the driver and team have found a way of getting the best out of their package, making the most of any unexpected circumstances and the mistakes of others. Record beating runs are built like this.” 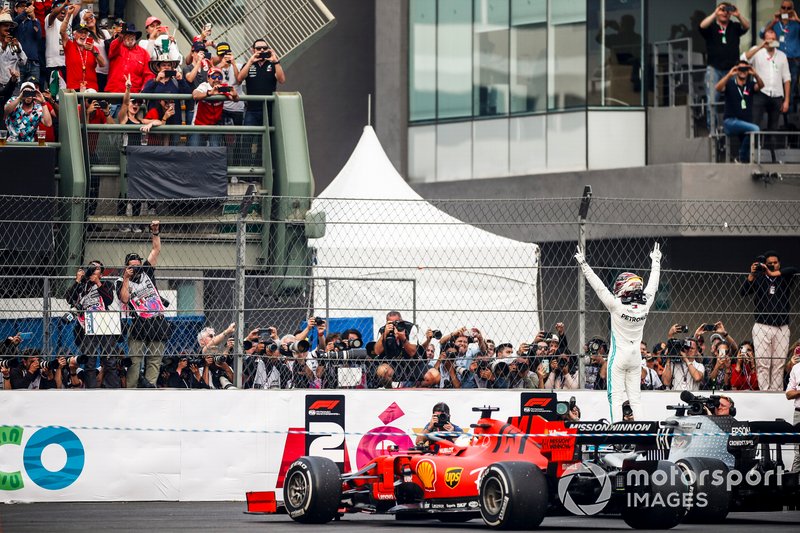 The race looked set for an exciting climax as different strategies unfolded as Hamilton running on older tyres ahead of Sebastian Vettel, Bottas and Charles Leclerc - but in the end none of them even came close to passing, despite big discrepancies in tyre life.

Brawn says that the lack of a fight showed that it’s still hard for drivers to follow each other, despite changes made for this year.

“It’s a shame that there was not much of a fight on track,” he said. “Especially among the leaders, as everything was in place to deliver an exciting fight, revolving particularly around the potential duel between Mercedes and Ferrari on a track where overtaking is very possible.

“However, once again we saw that when cars and drivers are evenly matched, then it becomes really hard to not only overtake but to even get close to the car in front. Getting too close for a few laps could mean ruining your tyres, causing drivers to back off and let them recover before making another brief assault.

“This is nothing new, but it confirms once again that there is a need for a change in the regulations to enable cars to fight at close quarters.

“Change is potentially now not far off, at least on paper, given that in a few days, the FIA World Motor Sport Council will rule on the regulation package for 2021, which we presented along with the FIA.”

The big teams have been pushing for fewer changes, and at the last 2021 meeting Red Bull boss Christian Horner suggested that the changes should be postponed to 2022 to allow more time for refining them, while at the same time giving the 2021 cost cap time to kick in. Brawn is adamant that there should be no delay.

“The new aero configuration has been developed to reduce the impact of following another car,” he said. “Overtakes and battles are easy when there is one, two seconds' laptime difference, but when there is a smaller difference there is no chance.

“Suggestions we should delay the introduction are frustrating because the situation gets even worse each year with the cars we have now.

“How many opportunities have we lost to see close battles? On Sunday there weren’t many, despite the track characteristics and the introduction of an additional third DRS zone. If even these attributes do not produce closer racing, it’s time we reacted.

“It isn’t about change for the sake of it, we have put a massive effort into developing these new regulations in the long-term interests of the sport.”

Why Renault must learn from McLaren to ensure its F1 future