Formula 1 managing director of motorsport Ross Brawn admits he was "worried" Zandvoort would not be a good circuit for F1 before the addition of the banking. 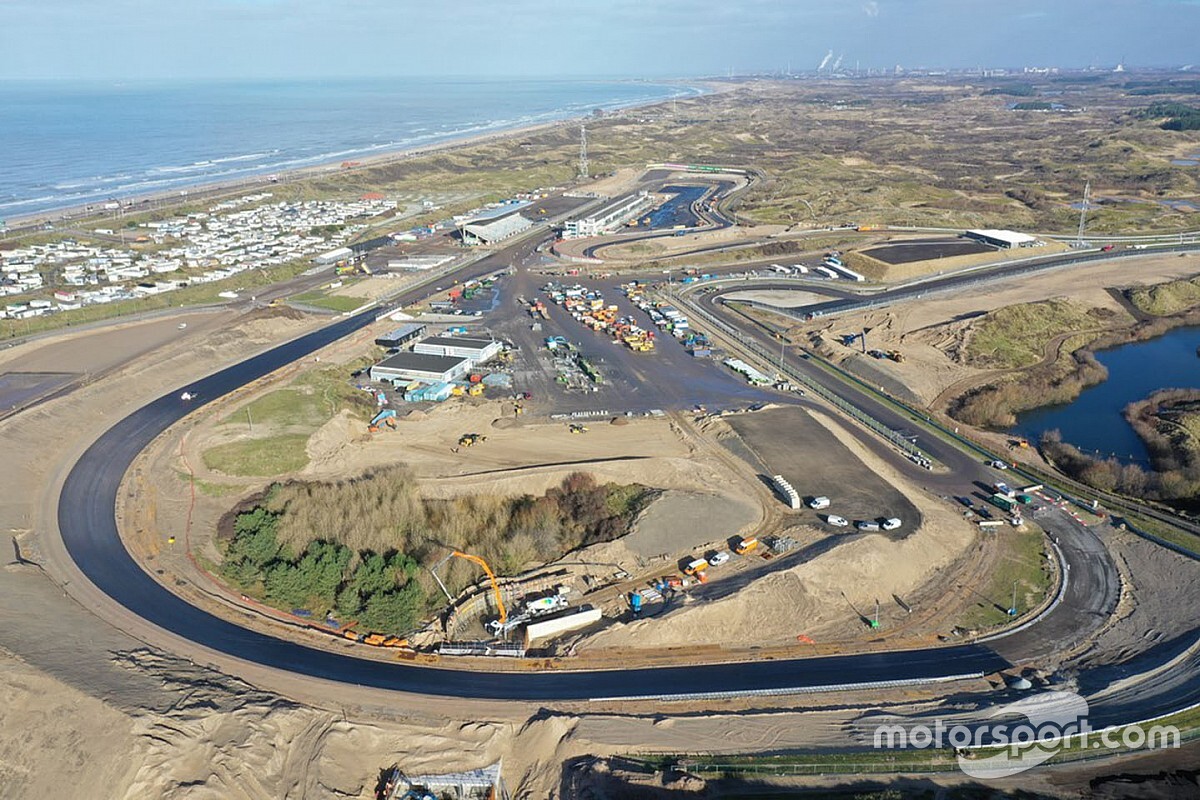 In a bid to try to create more overtaking opportunities at the Dutch GP, Zandvoort is to turn its final turn in to a 18-degree banked turn – which is twice as steep as those at Indianapolis.

As Motorsport.com revealed earlier this year, the idea of using banking at Zandvoort was turned into reality by computer simulation work done by F1's head of vehicle performance Craig Wilson.

"We went through it, we used our simulation and then we came back and said 'okay well you'd need at least this level of banking to be able to do it,'" he said.

"I had assessed it with two different methods, in terms of car stability and the aerodynamic loss, and it looks like it can work.

"Then it was a case of, 'okay well can we physically do it?' The guys at Zandvoort went off, spoke to a few people and came back and said: 'Yeah, we can do it, we think we can do it, and we'd be very interested in doing it.'"

Brawn said that when the idea of having the Dutch GP at Zandvoort first came up he was sceptical about whether or not the layout could be made good for racing.

However, he says the unique solution of the banked final corner – which effectively turns it in to a straight – has eased his concerns.

"I was worried about how we would make it a good race circuit until we had done that," he said.

"But now we have a decent length of straight and going into that last corner, and then the first corner on the pit straight, is going to be pretty exciting. And a great crowd as well I am sure."

Back in 2005, there was huge controversy at the USA GP when all Michelin runners had to withdraw before the start because of tyre problems experienced through the banked final corner in the build-up to the race.

And while some suggested that such a scenario could be repeated this time out, Brawn says that the detailed simulation work that F1 and Pirelli have done shows that everything is under control.

"The banking is going to be very exciting," said Brawn. "I've seen some comments about the problems we had at Indianapolis. Banking was involved there but the problem was a bit more fundamental than that. So I don't anticipate any issues with the banking at Zandvoort.

"Pirelli have done all the simulations. We are a one-make tyre formula. So there's scope to run different tyre pressures if we need to and we have any issues. But we don't expect any issues. All the numbers don't indicate any problems, so I think it will be a really exciting track."