It's been 11 years since Brawn GP stunned the world of motorsport by winning the Australian Grand Prix on its debut. But with the benefit of hindsight, we ask if the BGP 001 was really the defining car of 2009.

Brawn GP’s championship success story has been well documented; it was a remarkable tale of Ross Brawn leading the team from the ashes of Honda over the winter, striking a last-minute engine deal with Mercedes, and securing just enough funding to help it guide through the season.

But the fact remains that one-third into the campaign the BGP 001 was no longer the benchmark on the Formula 1 grid. And by end of the season, the car was at best a midfield contender.

True, Brawn GP’s revolutionary double diffuser was miles ahead of its counterparts from Williams and Toyota, and gave it a headstart in the championship, but once the design was cleared by the FIA and copied by other teams, the BGP 001 was trounced by its competitors in no time.

Take a look at the statistics: In the first seven grands prix until Istanbul, the two Brawn GP cars scored a total of 96 points - and that was with the old scoring system which gave a smaller reward to outright wins.

In the 11 races that followed, Button and Barrichello could add just 76 points to that tally, despite the latter picking up victories at Valencia and Monza.

It’s important to note that Brawn GP’s early season success was aided by a poor start by Ferrari and McLaren, both of which comprised development of their 2009 challengers while they were locked in a close championship battle the previous year.

That’s not to undermine the achievements of Brawn GP. Quite the contrary. If the team had the same running budget as the other leading teams, the second half of 2009 may have turned out entirely differently.

But as things panned out, the BGP 001 was simply not the benchmark of the year, even if statistics state that it powered Brawn GP to the championship double. 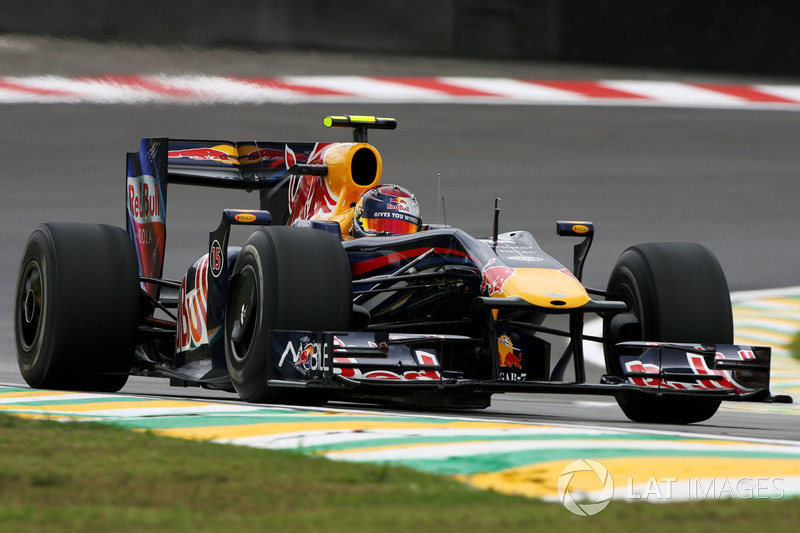 The title for the most brilliant car of 2009 rather belongs to the Red Bull RB5, the machine that laid the foundation for the success the energy drinks brand would receive in the following decade.

“For me the most revolutionary car [of 2009] was the Red Bull RB5 because they had some completely new concepts,” said Motorsport.com’s technical guru Giorgio Piola.

“The change from pushrod rear suspension to pullrod and now it became a trend - all Formula 1 cars have this pullroad suspension in the back.

“And most of it, the positioning was completely new of the exhaust. And everybody at the beginning was doubting about the reliability of this solution but there was never a problem.

“And this was the starting point to create a big evolution just using the blowing of the exhaust gases in Formula 1 cars.”

“Unfortunately for Adrian Newey, he was a little bit upset about the [Brawn]. This car had a solution that nobody had before - what it was called the double diffuser.

“The intention of the federation was to put a big limit to the diffuser. But Ross Brawn found a hole in the regulation and they created at the back a kind of double diffuser and this was a massive advantage compared to anybody.

“When Red Bull introduced the double diffuser in Monaco, they start[ed] winning. But thank god for Brawn, all the winning went to Jenson Button, so they didn’t split the points between him and Barrichello and this car was world champion.

“But apart from double diffuser, there was nothing so dramatically different except one solution - this splitter that was introduced by this car and then copied by other cars. So at the end it was very efficient and very reliable car.”

Following a maiden victory in China, the RB5 got stronger and stronger as the campaign progressed, and Sebastian Vettel and Mark Webber ended the year with six victories between themselves - just two shy of the Brawn duo.

But Brawn GP capitalised on its early season advantage in a manner not seen in years - and for that reason, it will also remain the worthy winner of the 2009 F1 championship, even if its car wasn’t quite as capable as Red Bull’s.

Motorsport Heroes: Hakkinen on his darkest day in F1

Why the Brawn GP story was no fairytale

Gallery: All Spanish GP winners since 2000