Brazil "the most dangerous race I’ve been in" - Palmer 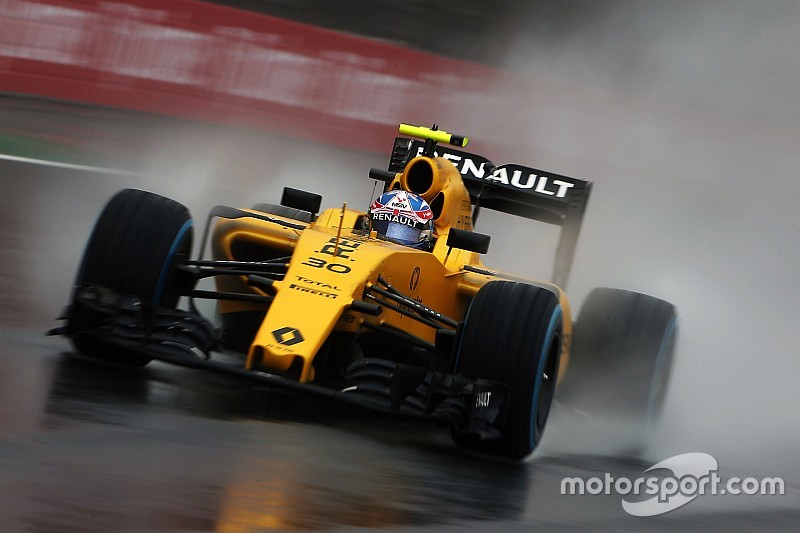 Jolyon Palmer says that the Brazilian Grand Prix was "the most dangerous race" he has ever been in, largely because the spray made it hard to see on the circuit’s curving pit straight.

Palmer retired after damaging his front suspension in a collision with the Toro Rosso of Daniil Kvyat after the first safety car restart.

“It was the most dangerous race I’ve been in,” said the Renault driver two weeks on from the Interlagos race.

“We can accept spray as racing drivers, coming up through the ranks I’ve had that situation all the time. In Brazil there was aquaplaning, fine, but it was being blind, and having to go round the corner as well. You have to work out where the corner goes.

"You’re going quite quickly at that point, you know somewhere you’re going to hit the pit wall if you go too tight on the corner, and then obviously the track that you’re aiming for, but then if you go and miss it you’re going to be on the outside.

“What I think is difficult for people to understand is that you’re going quick, also there’s no grip, you can’t exactly place the car where you want to.

"It’s part of racing. I don’t mind spray, it’s just how it is, but at that particular track it’s difficult because the straight is curved and you need to steer as well.”

Regarding his race-ending collision with Kvyat, Palmer reiterated that he did not see the Toro Rosso at the point where they made contact.

“I couldn’t see a thing," he recalled. "When it was low-speed, I could see where he was, and I could see I was gaining a lot. I had a lot more grip than him, so I was waiting as I came up the hill.

"I think I thought I was round the corner already, so I started going to the inside of where I thought he was, and then next thing I knew I was like ‘Oh the track goes there,’ and then I hit him.

“On those safety car restarts, when you’re further back, you’re blind. Someone might as well just put their hand over your eyes, there’s literally nothing.

"It’s not a nice situation to be in. You have to be as on it as you can be. I had so much more grip, and when you have more grip you’re going to want to overtake.”

Nasr expects points to help him in Sauber talks