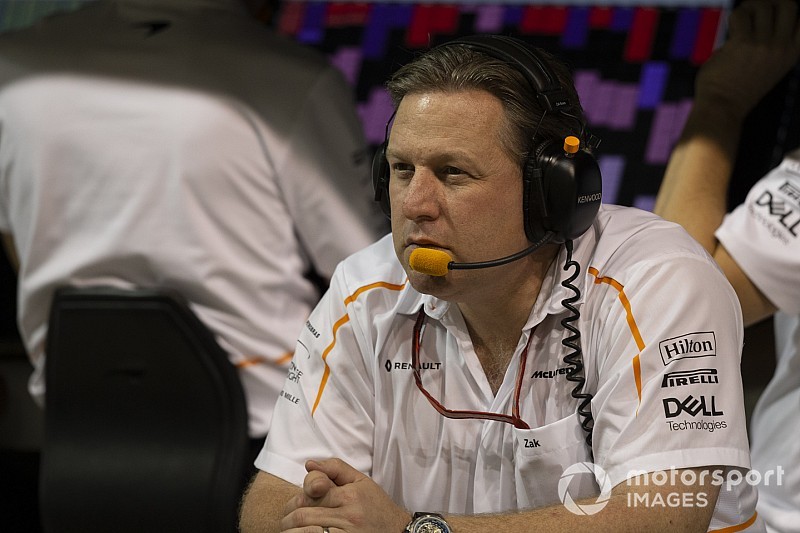 Liberty Media has no choice but to push through resistance from some teams over plans for a shake-up of Formula 1’s "broken model", says McLaren CEO Zak Brown.

The sport’s owners are pushing ahead with an overhaul of F1 from 2021, when a new car concept, a budget cap and a fairer revenue distribution model should serve to make grand prix racing closer and more exciting.

But not all teams are yet convinced by Liberty’s vision, with the big manufacturer outfits like Ferrari and Mercedes sceptical about some of the proposals.

Brown, who has been involved in the discussions with Liberty, thinks it essential the sport’s bosses do not back away from making what he thinks are essential changes.

“We know change in F1 is difficult, and we also know F1 today is a broken model, both as a business and as an on track product, that is going to need to be changed,” explained Brown.

“Those that are winning today will obviously feel the compromise about what is happening, and those are not winning today are going to like the plan.

“It was inevitable that Chase [Carey, F1 chairman] would bring forward a plan that some people like and some people don’t like. But he needs to move forward with what he thinks is in the best interest of the sport.

Brown says that Liberty has been consistent in what it is pushing for since it first revealed its plans to teams at the Bahrain Grand Prix, and that discussions now between the company and teams are more about the fine details.

“They have been consistent since Bahrain in their vision and direction of the sport, the budget cap, and the revenue distribution,” added Brown.

“We’ve not got a lot into governance, their desire strategically of where they want to take the sport, so I think various teams are looking at different levels.

“I think the majority of the teams are supportive of what was presented in Bahrain and all that has really happened since now and then was drilling deeper – what is in the budget cap and what isn’t in the budget cap?”

He added: “I know that not all the teams are aligned but I think a majority are. At McLaren we are very supportive of what was presented in Bahrain and I think the sooner we can get that on the road to implementation the better.

“I believe Chase and Ross are going to move forward on that basis and I think that is their plan. For anyone else saying that they are not aligned with it, their view is ‘we presented it in Bahrain, we’ve been working together, we’ve been consistent on where we are going so this is what we are doing.’ I think some people haven’t accepted that yet.” 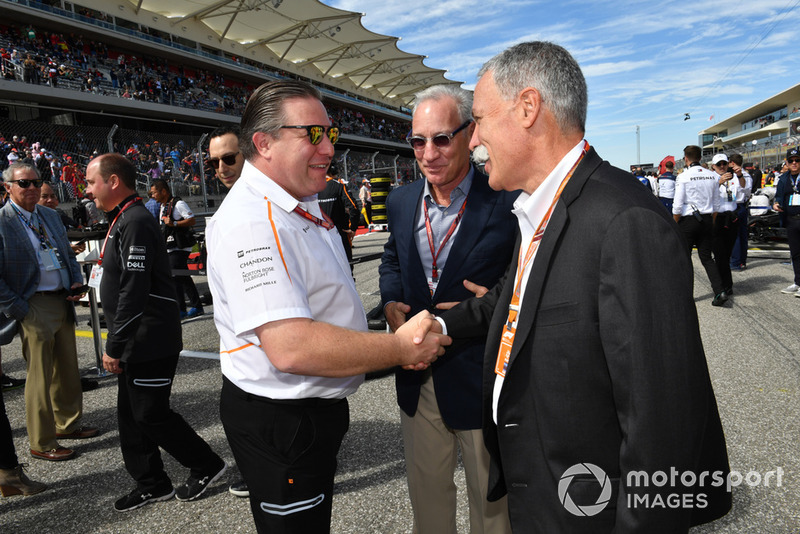 Zak Brown, McLaren Racing CEO and Chase Carey, Chief Executive Officer and Executive Chairman of the Formula One Group on the grid