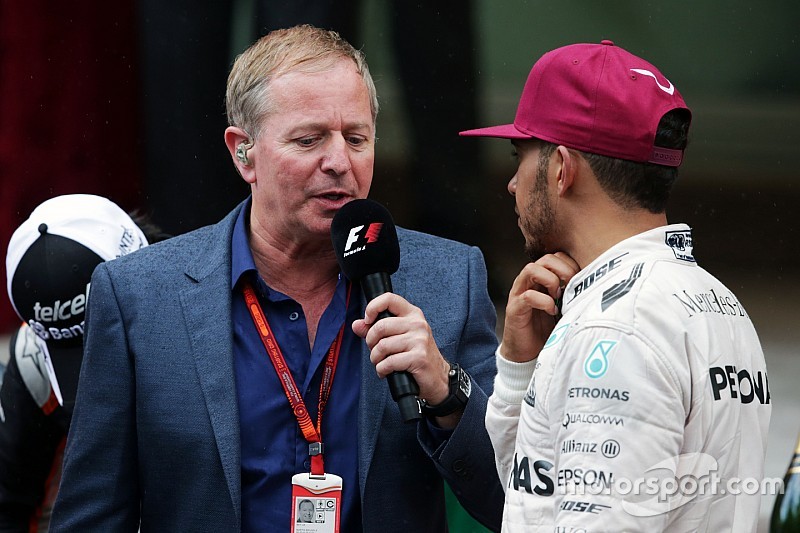 The Sky Sports F1 expert had just finished his duties for his channel’s main live race feed at Monte Carlo when he had to make a dash to the podium for the post-event interviews with the top three.

It was during the run that Brundle was affected by the medical issue – only finding out afterwards how serious it was.

“I had a small heart attack running to do the podium in Monaco,” Brundle said on stage at the Autosport International Show on Thursday.

“I ended up with a 23-mm stent in my left anterior descending – LAD it’s called.”

Brundle underwent a heart operation soon after the Monaco race and missed the following race in Canada so he could recover.

He thought the injury would force him out of a drive he had secured in the Road to Le Mans LMP3 support race at the French endurance classic – but was given the all clear by medical staff.

“I didn’t think I could do the [Road to Le Mans] race. And the cardio guy said to me, ‘Yeah, you can do the race. Just don’t forget your blood thinners.’

“So I rang Zak [Brown] and Richard [Dean, United Autosports team chiefs] – then did 75 laps at Palmer Sports in a car, had bruises coming out on my chest, but I love Le Mans and thought ‘I’m not going to miss this’.”

More than just making the race though, Brundle had put his car on pole position.

“I sat in the press conference and there was a 17-year old and a 19-year old sitting there alongside me, and I thought ‘that’s not bad for an old geezer of 57’.

“We finished second in the race, which was unfortunate, but to drive a prototype car out of the pitlane at Le Mans is extraordinary," said the 1990 Le Mans 24 Hour winner. "You get a bit sweaty, get a bit scared. I miss that feeling so much. I’ll do it again this year if I get half a chance.

“I talk to other drivers about it, like DC [David Coulthard] and he says ‘Martin, grow up, you are no longer a racing driver’. And Damon, and others. I’m a bit like Rubens Barrichello, I just can’t wait to get back in a car. I’m hard wired in that respect.

“I’m a racing driver who does television, I don’t see myself as a television person.”

Renault has no plans to replace Vasseur