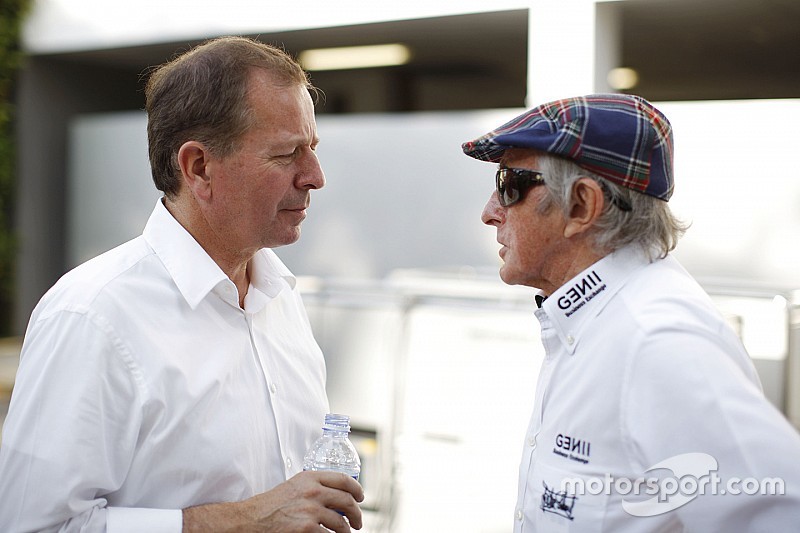 Jackie Stewart is to step down from his role as chairman of the Grand Prix Mechanics' Trust charity that he founded 30 years ago – with Martin Brundle taking over.

Stewart founded the charity to help former Formula 1 mechanics in times of need – and his efforts were widely recognised throughout the grand prix industry.

But with Stewart wanting to concentrate on matters closer to home – and the charity believing its scope should expand beyond helping just mechanics – Brundle will now take charge of the revamped Grand Prix Trust.

Speaking about the change, Stewart said: “It’s been a great trip and I’m very happy to have been part of something that hopefully has helped a lot of people.

“It started with a wonderful group of people, Ken Tyrrell and Walter Hayes specifically, and right up until today we’ve had a great number of really prominent people from Formula 1 Grand Prix racing.

"To begin with it was solely for grand prix mechanics but now, as the motorsport world has changed, it’s only right that I change as well.”

Brundle added: “I’m enormously honoured to be asked by Sir Jackie, with the approval of the Trustees, to take over his role as Chairman. First and foremost we have to thank him for the work he’s done over the last three decades to create, motivate and take the Trust forward.

"Quietly it’s helped an enormous amount of people in a very significant way. We’re proud of that and I admire the work he’s done.

“I fully understand his reasons for stepping down from various entities to enable him to refocus. I’ve been a Trustee now for 20 years and the Chairman’s are very big shoes to step into, but I relish the challenge.

“There’s a lot more work to be done and we need to expand, communicate and inform in order to keep up the invaluable support. We have some exciting plans.”

Inside Line F1 Podcast: Who will it be, Hamilton or Rosberg?