Brundle: Verstappen reminds me of Schumacher 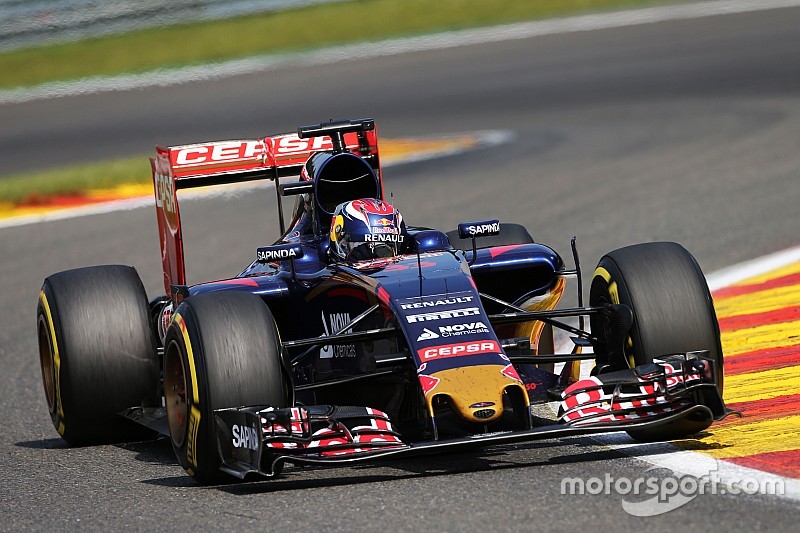 Verstappen earned high praise for his debut season over the weekend - picking up three trophies at the FIA prize gala on Friday and being voted Rookie of the Year at the Autosport Awards on Sunday.

And Brundle, who presented Verstappen with the latter trophy, says there are similarities between the Dutchman and his former teammate Schumacher.

"What has impressed me about Max is his confidence," said Brundle on stage at the Autosport Awards.

"He has had a few crashes and some difficult times and somehow he has just rebounded from that.

"It has reminded me of Michael Schumacher crashing Nelson Piquet's spare Benetton at Suzuka [in 1991]. I thought, 'okay, now we will see how good Michael is.'

"Piquet was livid that he had crashed his car and the next lap through 130R, Schumacher was flat out. He was even faster that lap in his own car.

"It is that confidence, self belief and sheer speed - that is what I see in this young man and many others on track."

Brundle added that Verstappen's potential has marked him out as a championship contender in the very near future.

"The feel he has got with the car and the brake pedal - you see his overtaking moves and you think, I wish I had that on my CV. And he is just a teenager!

"I've said he will be in a world championship winning car by the time he is 20 years old, but I think I may have to revise that a little bit.

"I am sure there are a lot of top teams chasing his autograph on a contract."

Verstappen said that the best of his overtaking moves - including the pass on Felipe Nasr at Blanchimont that earned him an FIA award - were down to the fact he did not have the straight line speed to do passes on the straight.

"You need a bit of luck with the positioning and you need to give each other room but it is very difficult to explain how you do it," he said.

"You see the gap and you try to go for it. Some are a bit more risky than others, but if you look at the one from Spa it was very risky.

"But if I had to do it again I would certainly try again. With the top speed we had this season I would try to overtake in the corners."