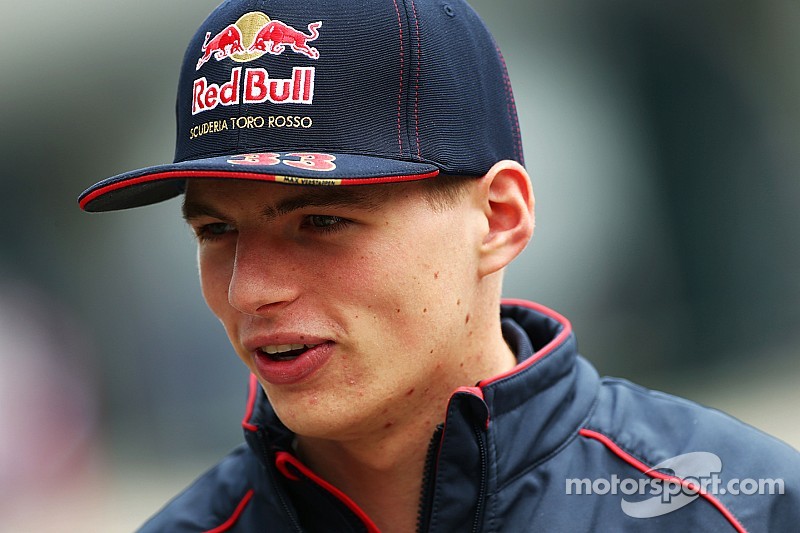 Sky Sports F1 pundit Martin Brundle is convinced that Toro Rosso driver Max Verstappen has shown himself to be a future world champion in the mould of Ayrton Senna or Michael Schumacher.

The 17-year-old has turned heads in his first three grand prix starts despite the scepticism that greeted him after being handed a race seat in Formula 1 at such a tender age, running inside the top six on his debut at Melbourne before succumbing to engine failure.

Verstappen then became the youngest driver to secure points in the sport’s history in Malaysia with seventh place, and was on track to score once again at Shanghai last weekend until a transmission failure denied him a certain eighth place in the dying stages.

Verstappen will be at a world championship-winning team before he is 20. He is showing all the hallmarks of a Senna, of a Schumacher.

After such a superb start to his career, Brundle, a veteran of 158 grand prix starts, is in no doubt that Verstappen has what it takes to become world champion in years to come.

“We’ve got a megastar on our hands in the making here,” Brundle said during Sky’s Chinese Grand Prix coverage.

“What confidence in the car!

“Verstappen will be at a world championship-winning team before he is 20. He is showing all the hallmarks of a Senna, of a Schumacher, in my view.”

Brundle, who raced alongside Schumacher at Benetton in 1992, added that Verstappen has belied his youth and lack of experience during his fledgling F1 career.

“He’s a young guy, but with an old head on his shoulders,” the 55-year-old said.