Sebastian Vettel’s split from Ferrari at the end of this year could prove to be a catalyst that helps him "fly" in his final season with the team, reckons Formula 1 commentator Martin Brundle.

By:
Jonathan Noble
Co-author:
Oleg Karpov
Listen to this article

With Vettel and Ferrrai having announced during the lockdown period that they were parting company at the end of 2020 after failing to agree a new deal, there had been some suggestions that it could leave the German on the backfoot and demotivated for the battle ahead.

However, Sky F1’s Brundle thinks the opposite will be true: and that Vettel will go all out for himself in a way that could help him thrive.

“I think Vettel will fly, to be honest,” said Brundle, speaking to selected media including Motorsport.com. “In the past, he has given very little attention to team orders with him and [Mark] Webber at Red Bull, and him and [Charles] Leclerc at Ferrari.

“He will have no interest in that, will he? He'll be driving for himself. There's no doubt about that. Whether he fancies staying in F1? I'm sure he probably does. Does he fancy a works Renault drive or something of that ilk? That remains to be seen.

“But I think he'll be mighty. I don't think he's lost any speed. I think he might have lost a little bit of judgement in close combat, but I think it's going to be fascinating. Quite clearly Ferrari will favour their man for the future, Leclerc, but then many would say they did last year anyway.”

Brundle concedes that there could be a level of awkwardness with how Vettel works inside Ferrari now that they know he is leaving, but he says that may be mitigated by the fact that the calendar is so compressed.

“You walk into the garage, and you're a bit persona non grata, because they don't want you to know anything for the following year if you go to another team,” he added. “It's just little things. People look down, people look away. You're on an exit route.

“You just don't get that when you first join the team. You turn up at the factory, it is exciting and everybody's pleased to see you. You have the seat fit, and it's all about potential, it's all about the future. When you're on an exit route, then it's just slightly uncomfortable. And you've got to wade through that. I think the fact that the races are coming thick and fast will help in that respect.

“So... I think Seb will absolutely fly. But where he goes next, and does he want to go anywhere next? Is he satisfied with these four championships and his pennies in the bank? He's got his family. Will he want to drop down to anywhere outside the top three established teams remains to be seen, and whether he's got that passion and motivation. I suspect he would like to carry on if he could.” 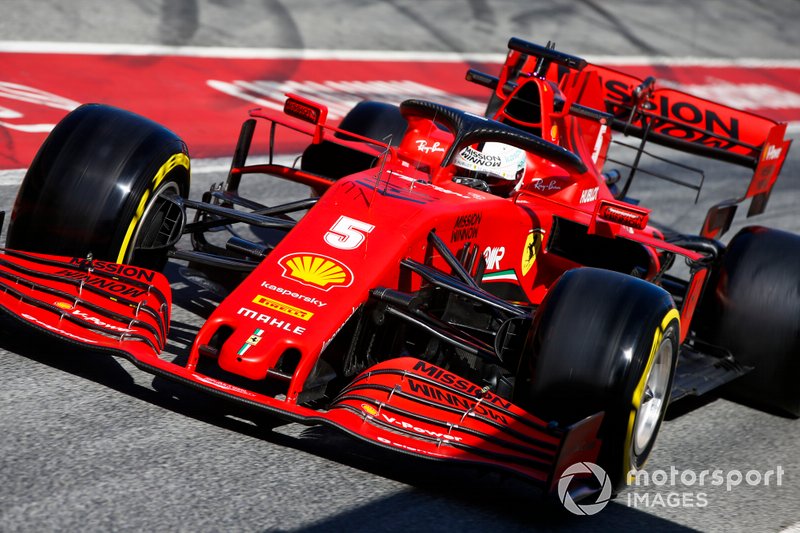 Sky F1 analysist Johnny Herbert reckons another aspect that could help Vettel is that he will no longer feel as much weight of expectation from Ferrari and its fans in their push to win the title.

“I think it's probably not a bad position to be in, because he's got no pressure on his shoulders, which I think was always part of the package problem.

Watch every race live on Sky Sports F1 and NOWTV from the Austrian GP on July 5.