Button on Verstappen: Moving under braking "the worst thing you can do" 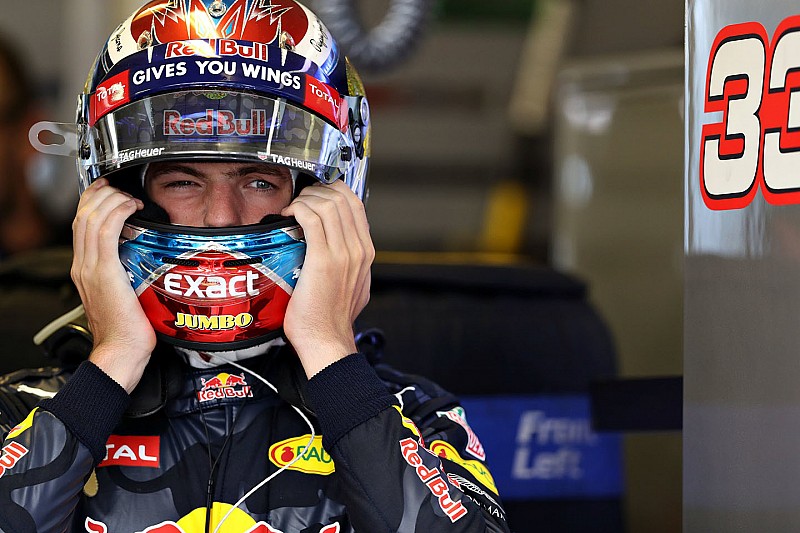 Jenson Button has harshly criticised Max Verstappen's defending from Kimi Raikkonen in the closing stages of the Hungarian Grand Prix, saying any change of direction in the braking zone is a "no-no".

Verstappen's robust defending from Raikkonen allowed the Dutchman to hang on to fifth place in Hungary, but left Raikkonen fuming - the Finn insisting that Verstappen's moves were "not correct".

Speaking about it on Thursday at Hockenheim, Button said he agreed with Raikkonen's criticism.

"As drivers, we all know that moving in the braking zone is the most dangerous thing you can do - because the guy [behind] is going at 300km/h and he probably hasn't hit the brakes yet," Button said.

"So, yeah, moving is a no-no and he [Verstappen] obviously did move in the braking zone. I can understand Kimi's frustration."

Responding to the suggestion that Button - and the majority of his fellow F1 drivers - pulled similar defensive moves in junior racing, the Briton said: "You're also doing 100mph, you're not doing 220mph.

"It's not right to say 'well, you did it'. Of course, I probably did do it, but it wasn't right to do it. You learn - and at 330km into Turn 1, moving in the braking zone, it's the worst thing you can do, because cars fly.

"Moving in the braking zone is not racing, it's dangerous."

Asked whether that outlook was accepted only recently, Button insisted: "The whole time I've been racing in F1, you don't move in the braking zone, because that's when you have big accidents.

It wasn't Esteban's [Gutierrez] fault in Melbourne, but you look at the accident that Fernando [Alonso] had, are you happy seeing accidents like that?

"Max is an unbelievable talent in terms of what he's achieved at such a young age, he's doing a great job - but obviously there are always things we can learn from as drivers, we can all learn. It needs to be a bit clearer cut."

F1 votes against Halo introduction for 2017