Could Formula 1 really operate without wind tunnels and focus solely on CFD from 2030?

That's the hope of many in the sport, and the plan has the tentative support of a majority of team bosses.

It was discussed at a meeting of the F1 Commission late last year, and in an exploratory vote, eight of out 10 teams backed the basic principle.

The vote was on a "statement of intent" about something that probably seemed far away at the time. However, any decision that adheres to the 2030 timeline will have to be made sooner rather than later, so that everyone can plan for the change. Thus the debate is ongoing.

The idea of an F1 wind tunnel ban is still coloured to some degree by the Virgin team's much-vaunted efforts to focus on CFD for its 2010 machine, which was hardly a great advert for what was an ambitious strategy at the time.

The technology has moved on massively since then, and racing cars in other categories have been designed totally via CFD. 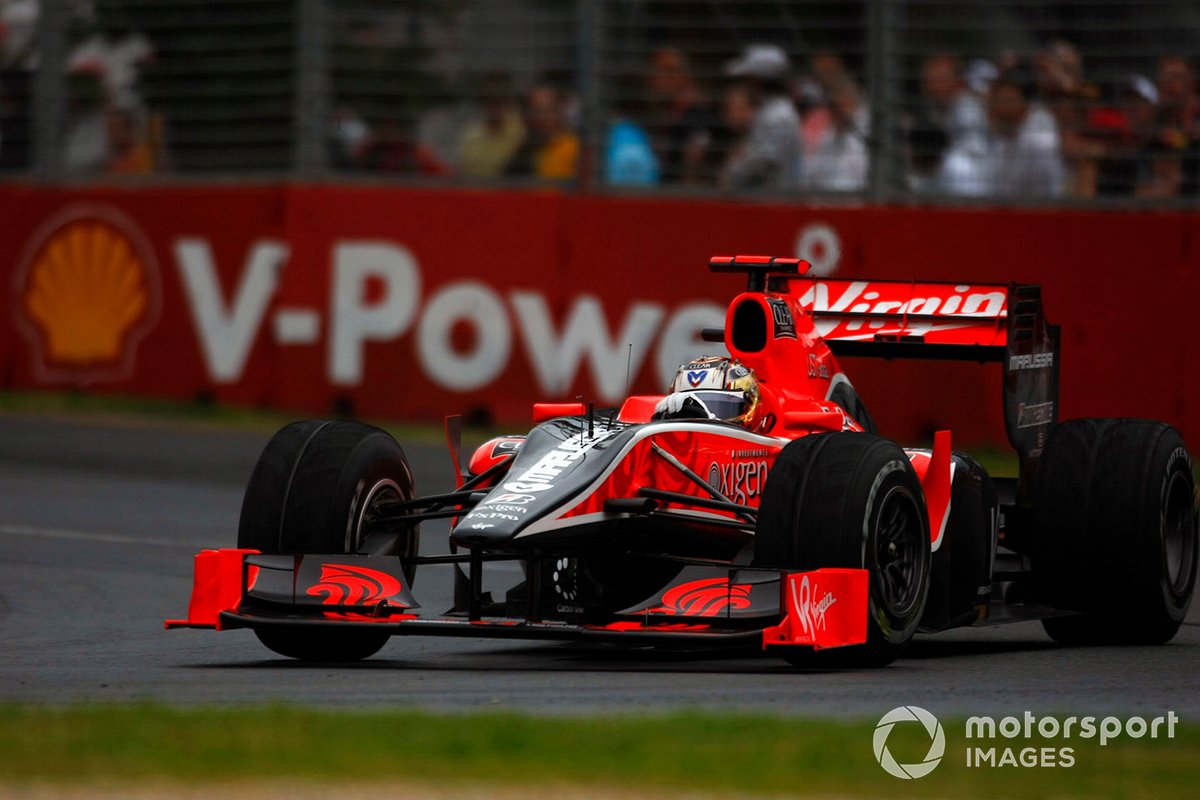 The F1 organisation is fully behind a move away from wind tunnels. Its own engineers focussed on CFD when helping the FIA to define the 2022 rules package, although that research was made more effective by not having to comply with the FIA limitations on CFD resources that are applied to the teams. It thus had some powerful tools at its disposal.

There are two obvious reasons behind the push to abandon tunnels. Firstly there is the environmental impact, related to the energy required by wind tunnels. That's why the plan is aligned with F1's stated date of 2030 for making the sport carbon neutral.

Tunnels consume vast amounts of electricity – one estimate puts a team's typical bill at over £1million worth in a year. Multiply that out for the 10 F1 teams and you can see why the sport's bosses are keen to rein in it, even if some competitors – notably Mercedes – have made a virtue of using renewably sourced energy.

Aside from the sustainability issues that huge cost is itself significant. The budget cap is only going to go one way in the years to come, and that's downwards. Teams will have to continue to look for ways to cut their spending without impacting the relentless pursuit for performance. Take wind tunnels out of the equation and there's a sizeable saving.

Tunnel costs are not just related to the energy bill, but also the personnel required to run and maintain them. There's also the cost of model making departments, which involves salaries as well as materials and machinery.

Teams are coy about putting an exact number on the annual cost of operating a tunnel, but estimates start at £5m. Those who don't have their own tunnels and instead rent time elsewhere typically pay around £25,000 a day, which adds up across a season, and doesn't include model costs. 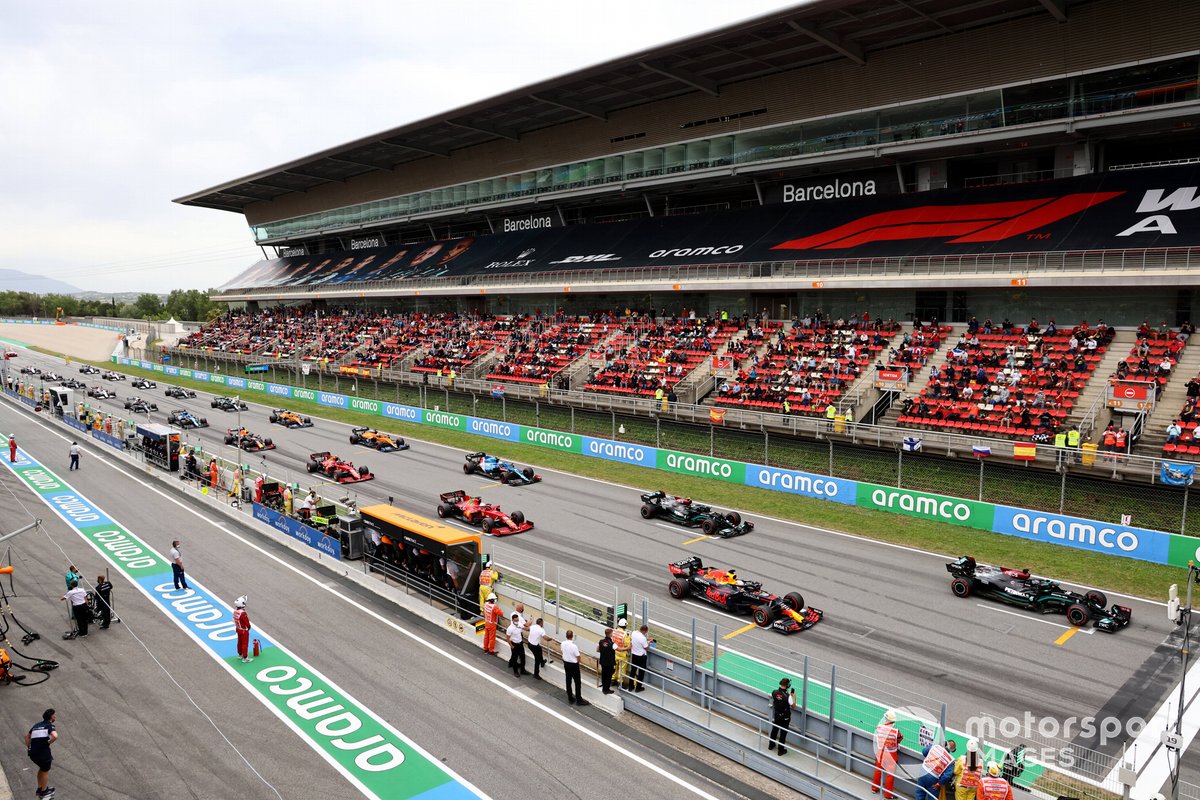 CFD supercomputer systems also use a lot of energy, and they require extensive cooling – think of the current debate about the resources consumed by Bitcoin mining. However, it's still less than tunnels require.

For many years, teams had total freedom in how they split their R&D work between CFD and tunnels. The current Aerodynamic Testing Restrictions as outlined in the FIA sporting regulations mandate very specific limits on tunnel runs and CFD usage, with a reverse sliding scale – based on last year's championship position – now in use to help out the less competitive teams.

Those rules could easily be adjusted in the coming years to encourage teams to favour CFD as the tools become ever more powerful. But could the FIA really eventually oblige teams to use only CFD?

The key is to consider where the technology will be by 2030 – and how Moore's Law, the theory that computing power doubles every two years, will play out.

That process will also contribute to reduced costs, so the necessary computing power will become cheaper. On the other hand, the price of building a new tunnel, while keeping abreast of the latest technology, will only increase.

Teams are understandably wary of the sport making a definite commitment to abandoning tunnels, but the long lead time gives them a little wiggle room.

"I think that all the teams are open to the discussion," says Ferrari's Mattia Binotto. "And open to accept it eventually, because it's a long time from now.

"Are we today ready to ban the wind tunnel? Not at all. I think in general it has always been about design simulations and testing, and testing is still very important, whatever it is – aerodynamics, power units, etcetera.

"I think that in terms of cost reductions, we are already reducing at the moment the hours in the wind tunnel, which is a step in the right direction.

"Banning it completely, if you would do it today, the testing would be on track, and that would be even more expensive, rather than doing it in the wind tunnel. So I don't think the times are mature today for a decision." 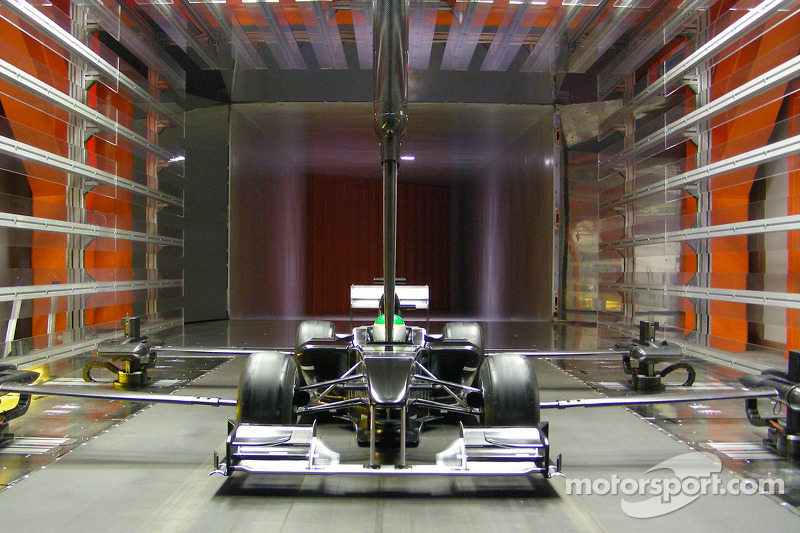 "The risk is that people lose the correlation with the track," says Alpine's Marcin Budkowski. "And the tunnel is an important element of this. F1 loves a challenge, and I think if you tell us that in 10 years' time we move away from something that is essential for development, because we're going to ramp up the simulation part of it, I think it's doable."

One of the big supporters of a move to CFD is Red Bull Racing, a team noted for its aerodynamic excellence, led of course by Adrian Newey. He's fully behind an eventual ban, noting that "wind tunnels have been great, but they've served their purpose."

His team boss is also keen to see the change happen.

"It's a topic I brought up a few months ago," says Christian Horner. "A wind tunnel isn't particularly efficient, it's not very environmentally friendly.

"The way that CFD is evolving so rapidly – for example, the Valkyrie never went in a wind tunnel once during its whole development phase – I think if you take a 10-year view on this, so it's far enough out that these effectively dinosaurs of machinery that are heavily consuming electricity and power become a thing of the past. F1 should be the cutting edge of technology."

Horner makes the valid point that F1 is attracting more high-tech partners and sponsors, the sort of people who could help to provide the computing power that will be needed. In contrast wind tunnels represent capital outlay.

"We're seeing more and more investment from the tech sector, so why not be the showcase for that tech, with F1?" he says. "I think if it is something like 10 years away, then there's a glide path towards it that every team knows it's coming, and you adjust your investment over the period of time accordingly."

That's a key point. Some teams have relatively new or recently upgraded tunnels that won't need a lot of investment in the coming years. However others, notably Aston Martin and McLaren, have plans to build new facilities that will now have a relatively short life. 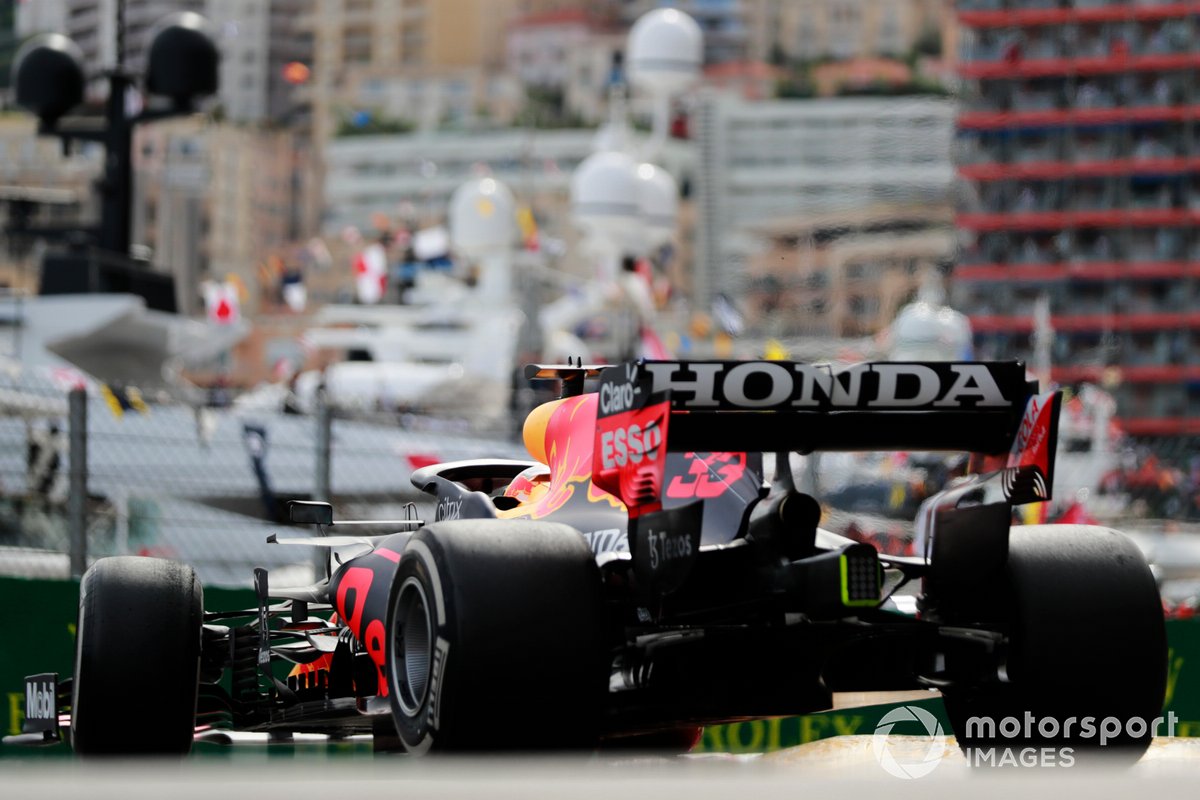 Despite the prospect of its new tunnel becoming obsolete in less than a decade, Aston Martin still intends to make the investment.

"We're putting plans in place now to build a tunnel," says Otmar Szafnauer. "I think aerodynamics are still a big differentiator in our sport, and to have your own is advantageous, or to not have your own can be disadvantageous, that's maybe the right way to say it.

"So right now, we are seriously considering the build of the tunnel, and we'll probably kick it off soon. The 2030 question, if we get it done in a couple of years' time, I think there's still a decent period of time to get use from a new tunnel."

Teams like Aston and McLaren that build new tunnels now might actually be in a strong position in 2027-'29 because rivals will opt not to invest in updated technology, and will make do with what they have at the moment.

Szafnauer cautions that tunnels will remain essential for a few years at least.

"As we sit here now, CFD cannot replace tunnels," he says. "Not for what we use CFD for. CFD is great if you have very simple aerofoils or aerodynamic problems to solve.

"But an F1 car has so many interactions and so many intricacies that you're trying to solve, and CFD is not capable at this point.

"There are aspects of CFD that you can apply that work, but to just go CFD, it's not as good as CFD with a tunnel."

He also questions the overall financial savings, implying that money will potentially be wasted on bringing parts from CFD straight to the full-size car only to find out that they don't work as intended.

"Running a tunnel doesn't cost you that much," he says. "It's just the electricity, and every once in a while, a bit of maintenance. You replace belts that are expensive, but not that often.

"The expensive bit of running a tunnel programme is actually making the model parts that you have to put in a tunnel. That's the expensive part. So if you get rid of tunnel testing, you can certainly save some money. 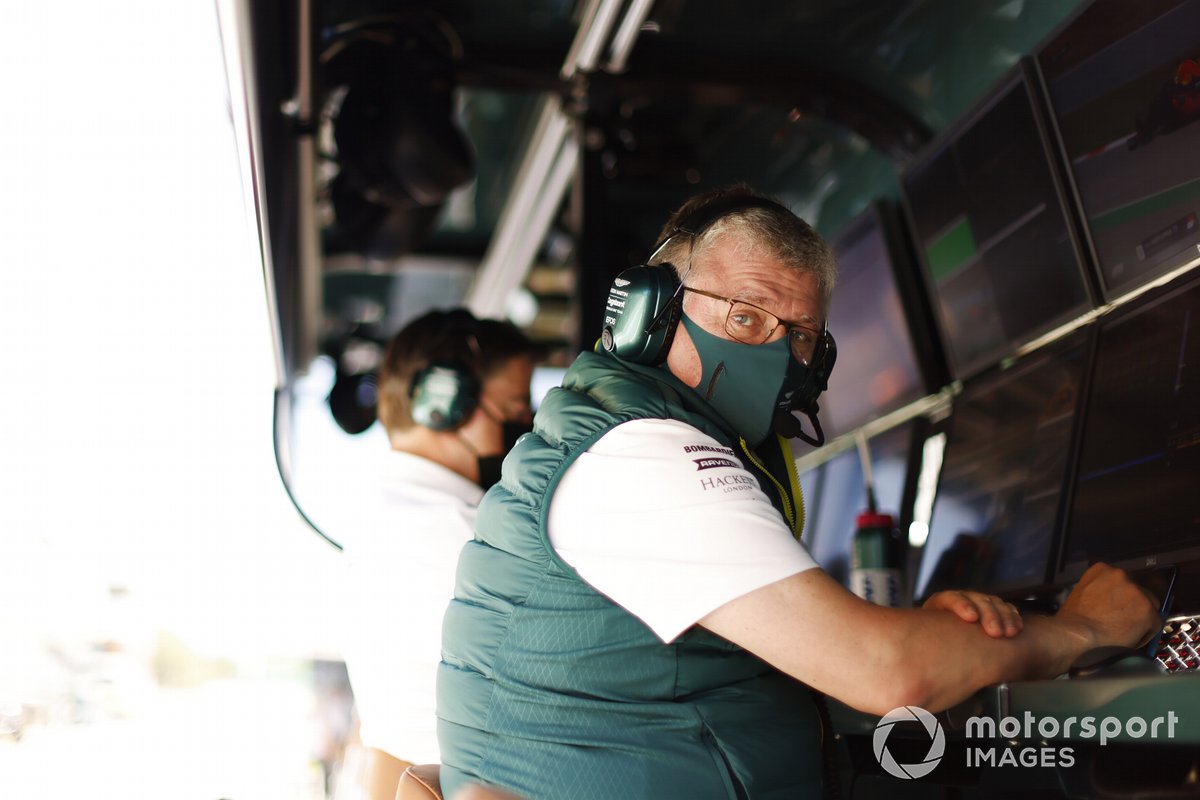 "But then there will always be unintended consequences of not getting really what you want on the car, and then you run it for the first time, and that's not good, and then you throw all those parts out. Before you know it, what you did in the tunnel, you're now doing on track.

"That's 100% car parts and they're more expensive. And so it won't be completely a 100% saving of what you now spend in the tunnel."

In a similar vein, some have cited safety concerns should teams be obliged to skip the model/tunnel stage and go straight to the track, where problems could become apparent.

"I think there was broad agreement that over the long term this will happen," Toto Wolff noted after last year's initial vote. "But it such a massive regulatory change that also involves certain safety aspects.

"We must not forget that these cars are the fastest on the planet, with the most downforce, and we don't want to experiment live with drivers in the cars based on CFD."

One suggestion is that a limited element of tunnel usage could maintained after 2030, mainly for safety verification, using full-size cars. The Sauber tunnel in Hinwil is capable of undertaking such testing, for example.

An alternative would be to reintroduce straight line aerodynamic running with real cars, which has not been on the agenda for a few years.

With or without tunnels, aerodynamic research will remain a key area of spending, one where the cleverest people with the best ideas will ultimately triumph. It's just the tools that are used that will change.

Flexi-wings won't be "a game-changer at all" in Baku

Bottas: New CEO Seidl has a clear direction for Sauber in F1