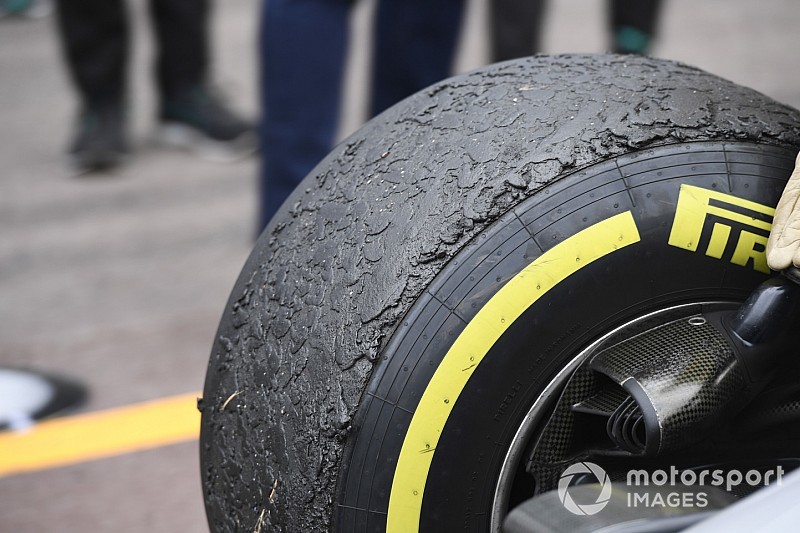 The Canadian Grand Prix could throw up some key answers on the role that downforce is playing in "confusing" tyre performance this year, reckons Williams engineering chief Dave Robson.

With a number of teams, including Ferrari and Haas, struggling to get Pirelli's 2019 rubber in to the right operating window, there is a growing belief that higher downforce levels are needed to help push more energy through the tyres.

That is one avenue that Ferrari in particular is looking at, with it suspecting that its aero efficient car is not working its tyres as much as it needs to.

This weekend's Canadian GP should throw some more light on the situation for all teams, reckons Robson, because traditionally teams have been forced to trim off downforce to minimise drag for the Circuit Gilles Villeneuve's long straights.

If taking that downforce off causes issues with tyres, because they are not being worked hard enough, then that could provide a clear answer on what is the best route for 2019.

"People would normally think about taking downforce off for Canada. But if you cannot get the tyres working then maybe they won't work as much as normal, so that will be an interesting data point."

Pirelli reduced the tread of its tyres by 0.4mm this year to eradicate overheating and blistering that teams and drivers did not like last season.

But one of the consequences of that change is that it has moved the operating window for the tyres to a higher temperature band, which has changed the approach teams need.

Renault's Daniel Ricciardo said: "It hasn't been that straightforward. I think even most qualifyings this year, I don't want to say we are not confident but I don't think we are ever really 100 percent sure about what we need to do on the out-lap and this is where the tyres will be.

"There hasn't really been a trend so far to really be 100 percent with it. There is still a bit to learn there for sure, and in a way that is nice because there are places you can improve in that area."

Robson concurred that teams have had to relearn a lot about the tyres this year, because how they behave changes so much on different tracks and surfaces.

"We find it appears different compound to compound, track to track," he explained. "And I think it was interesting listening [in Monaco] to all the other team's radios, because even by the second run in Q3, a lot of the drivers were still unsure what to do. And we see exactly the same as that. It is confusing, challenging – but it is all part of the sport.

"Getting the front tyres hot, that is the main problem – it is very difficult. Then you get this problem of you want one thing on Saturday for that one lap and Sunday you want something different, and you cannot change anything other than the way the driver drivers.

"It is frustrating. But it is the same for everybody, so it is case of making the most out of it."

Canadian GP: All the winners since 1967