Carey: No concerns F1 teams overspend ahead of cost cap

Formula 1 CEO Chase Carey has dismissed concerns that teams can circumvent F1's incoming cost cap, as 2021's rules will be ratified this week. 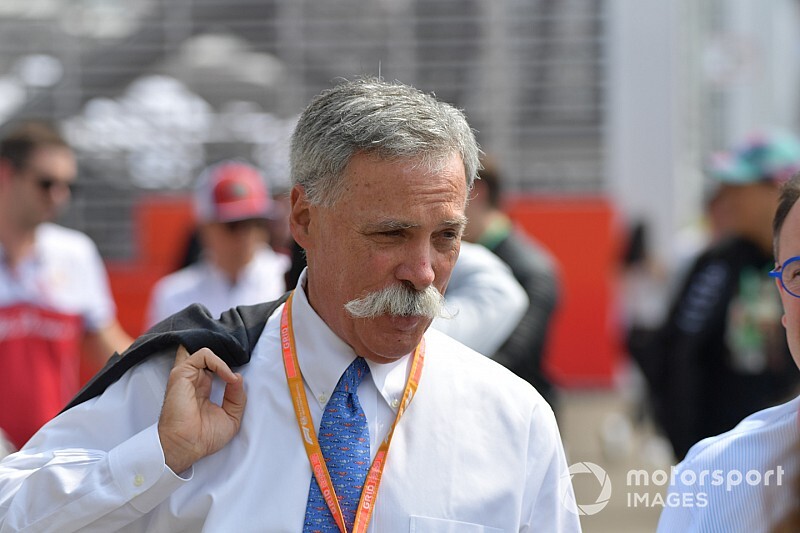 Ahead of Thursday's FIA World Motor Sport Council vote, where the draft technical, sporting and financial F1 regulations have been put forward for approval, Carey discussed the ramifications of the new cost cap agreement.

It will be the first time that financial regulations will be imposed on the teams, based around a $175m cost cap that was agreed and frozen earlier this year.

Carey stressed the importance of the introduction of the cost cap, and dismissed concerns that the big teams can spend heavily throughout 2020 to reap the rewards in 2021.

"There's been noise around it, but realistically these teams are rebuilding the car every year no matter what," said Carey.

"This is a transition, and we feel it's important to move forward with the transition.

"Some of the arguments that were put were arguments to try to defer the implementation as opposed to issues about what are the consequences of the transition.

"The transition through to that next year, they're going to do what they do every year when they go in and rebuild the car."

Independent groups will be responsible for auditing each team throughout the year, and Carey added that Formula 1 and the FIA have "gone through a very extensive process to try and establish the principles for determining the costs, what's in it, what's covered.

While the cost cap will not be introduced for next season, each team's spending will be monitored in anticipation for 2021.

Carey suggested that the cost cap's "dry run" will iron out any bugs in the following seasons.

"What we're going to do is use 2020 as a sort of a dry run, to hopefully shake out whatever the issues are, so teams can understand how things are accounted for.

'We'll put the rules into practice, it'll be independently run there will be procedures for appeals."

Carey would not be drawn on what the penalties for a cost cap transgression would be, although Renault boss Cyril Abiteboul noted in Mexico that the constructors' championship would be "revisited" if a team does overspend.

"Clearly to make this effective it needs to have consequences and penalties for it," Carey explained. "Those penalties are not pre-defined, but they will be significant."