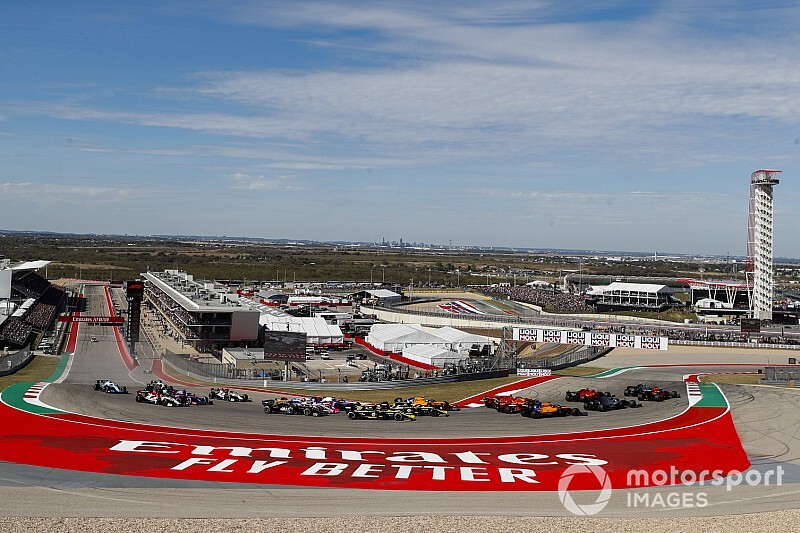 Formula 1 CEO Chase Carey admits that it's proved harder than expected to sell major sponsorship deals – but he insists that interest from potential partners is on a "steady rise."

When Liberty Media took over as commercial rights holder in early 2017, its management promised that there would be more series sponsors than in the past, contrasting F1's situation with the large number of companies affiliated to major US sports.

Howeve,r thus far it has not added to the core group of "global partners" put together under Bernie Ecclestone, which is comprised of Heineken, DHL, Pirelli, Emirates and Rolex – although sources suggest that one major name is set to be announced for next season.

Carey says that the challenge F1 has faced has been to build up a marketing department, something that barely existed under Ecclestone.

"Our cupboard was pretty bare, because we didn't really have a sponsor group," he said when asked by Motorsport.com. "We hadn't created any tools. We hadn't created capabilities to tell the story of F1, to create some excitement.

"We have some momentum today. We've had attendance up, we've had viewership up, we've got a good story, we've got new dimensions to the sport.

"And I think you need to tell that story, and you need to develop tools. Sponsors want partnerships that are more tailored uniquely to them. In the past signs on a wall worked fine, that doesn't work now.

"The traction with interested sponsors has been on a steady rise, we've never been busier. I've got a three page back list of sponsors we're engaged with. Obviously, until the sponsors are signed, deals aren't done.

"Certainly, I'd say we feel we have gotten progressively better, as we've gone along. So while it's been slower and harder than I would have planned it to be a couple of years ago, I think that in many ways is the nature of where we started, and we started really from ground zero."

Carey remains adamant that F1 is a good proposition for potential partners.

"I think this is a sport sells well, it's a unique sport with passionate fans, attractive fans, the sport differentiates from other sports, given it's marriage to technology, given the nature of the sport, the global aspect of the sport.

"And at a point in time where events in a world that is increasingly commoditised and fragmented, events that rise above are reasonably valued. So I think the interest and engagement we have has been on a steady rise."

Carey stressed that it is currently a challenging time for anyone searching for sponsorship or advertising dollars: "I think in general for almost anybody in the ad market that isn't Facebook or Google, the broadly defined advertising market, whether you're television or God forbid, print, radio, even other digital players – certainly sponsorship arenas I think are tougher than it was a few years ago."

Hamilton: 2019 went from "heap" of car to best ever season