We reported recently that, having lost his Sauber seat and spending 2013 racing a Ferrari sports car, the popular Japanese Kobayashi had moved into prime contention to return to Formula One with Caterham this season.

Caterham is the last team in the 2014 pitlane to announce its race driver lineup, having competed last year with the all-new pairing of Giedo van der Garde and Charles Pic. 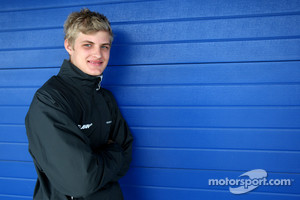 Both were regarded as 'pay drivers', but the team admitted it missed the input of a more seasoned racer, even though Heikki Kovalainen looks to have missed out on his 2014 return.

That is because Caterham, set to bank the comeback millions loyally pledged by Kobayashi's fans, looks to be turning to a rookie to fill the second race seat this year.

Autosprint correspondent Roberto Chinchero reports that 23-year-old Swede Marcus Ericsson, a GP2 driver for the past four years with mixed success, appears "increasingly likely" to make his F1 debut for Caterham in 2014.