Formula 1 boss Chase Carey says he will drop races that have "unattractive" agreements with the championship, and replace them with deals negotiated by the new management.

The only new race confirmed on Carey's watch is Vietnam, which is scheduled for 2020.

However, he has regularly stated there's extensive interest from potential hosts, and that the calendar could extend to up to 25 races in the future.

The futures of several classic events, including the British Grand Prix at Silverstone, remain in doubt once deals negotiated by Bernie Ecclestone run out.

Speaking during a conference call for Liberty investors, Carey stressed the new owners are working more closely with race promoters to put on a good show, suggesting that in the past events were "stale".

"The promotion end of our business has been viewed as more mature than other revenue streams in F1," he said.

"This perception was fuelled by a lack of investment or freshness by the prior regime in our events. Quite simply our events became stale, which led promoters to focus on costs as opposed to growth.

"Events today are more valuable than ever, and we have a world class premium event. We need to focus on maximising the value of our events, and communicating that to host locations.

"We're encouraged that the message is getting through to both existing and potential new host cities."

He stressed that a strong demand for new races to join the calendar will allow F1 to make better deals.

"We believe there is still potential growth, significant growth, in the promotion segment, during the next few years," he said.

"The growth will be driven by three factors. First, we expect to expand our calendar beyond our current 21-race schedule.

"The expansion will be modest, but we have been excited by the number, quality and diversity of new locations interested in hosting a race. We are on the right side of the quality of races or fees.

"Every race needs to be great for fans, and be an attractive business proposition.

"The race we announced in Vietnam last week is a prime example of an event that will provide a great track for racing in a location that captures the world's imagination.

"Second, we expect to replace a few existing races where we inherited unattractive agreements, with new events or agreements, that are better for racing and provide more value.

"Third, there is significant long-term value in our higher-end hospitality experience.

"Major events today increasingly rely on those customers willing and able to pay for unique and tailored experiences, both in the corporate and retail end."

A future 25-race schedule is not popular with the teams, and one option that has been discussed in recent meetings is to hold most events over just two days, with only a limited number including a Friday of testing, probably at venues that traditionally pull a full crowd every day.

Those Fridays could also replace the current four days of in-season testing. Another suggestion is to move more of the current Thursday activity into Fridays. 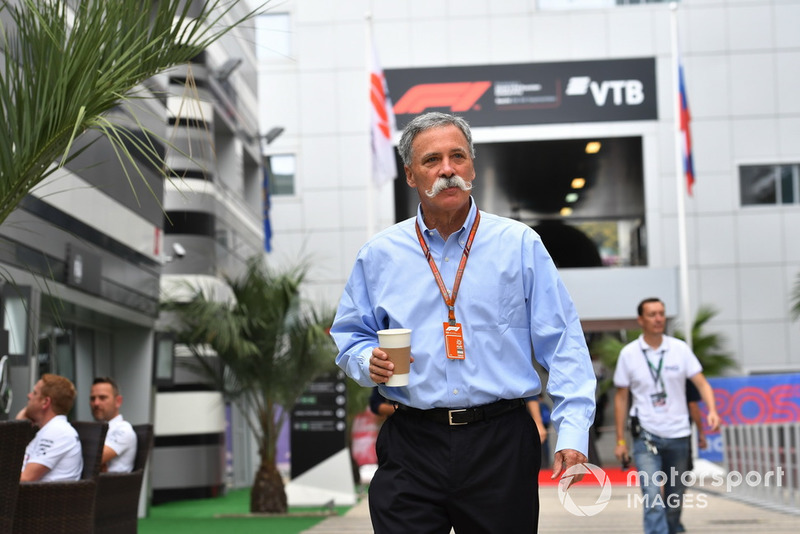 Chase Carey, Chief Executive Officer and Executive Chairman of the Formula One Group