China tech debrief: How Red Bull pushed a Mercedes idea to the next level 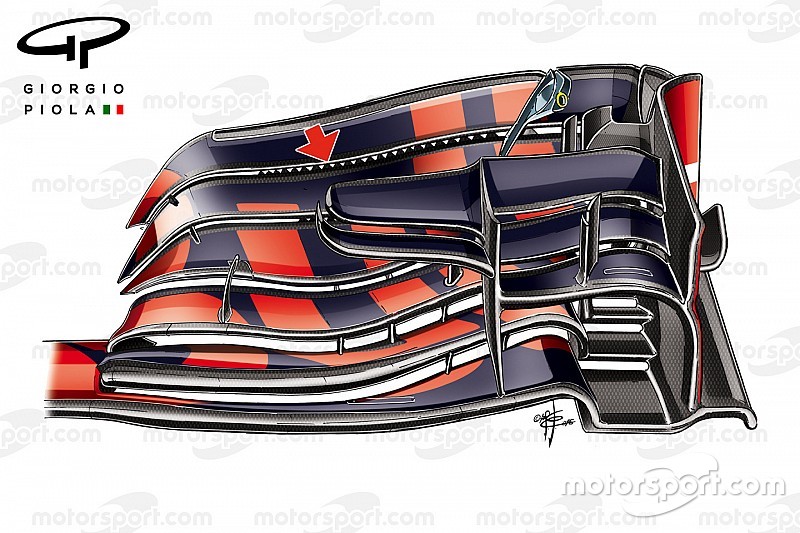 In the first part of the Chinese Grand Prix technical debrief, Giorgio Piola and Matt Somerfield look at the updates seen in the Red Bull, the Ferrari and the McLaren cars.

Red Bull is still suffering from a lack of performance from the Renault power unit, with the manufacturer having spent the least tokens in the lead-up to the 2016 - just seven of the 32 tokens available.

And yet, undeterred and knowing it will see a significant uplift in performance when Renault introduces its updated power unit in Canada, Red Bull continues to upset the established order.

It could also be argued that we've yet to see its full potential in the opening rounds too, as it looks to retain the same power unit components for the first six rounds to align with the update, perhaps even reducing overall performance to maximise reliability.

It is sill pushing hard on the chassis side, making incremental steps to bring more efficient downforce. In China, it tested something from straight out of the pages of the Mercedes playbook, whereby a serrated strip is added to the front wing flap in order to improve its working range. 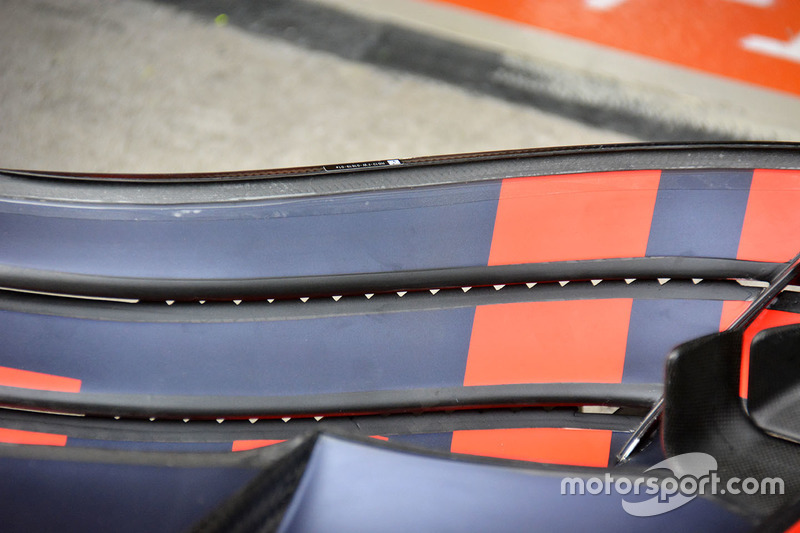 Red Bull has taken that idea and added its own twist though, with serrations placed on the penultimate flap, as Mercedes do, but in Red Bull's case the flap below was also treated to the serration strip.

These serrations disturb the airflow, tripping it at differing lengths as it leaves the flaps trailing edge, moving the separation point on the flap aft of it.

The wing wasn't run during qualifying or the race, with the team satisfied its pace on a known configuration and set-up would yield better results. Instead, it will be investigated further in Sochi. 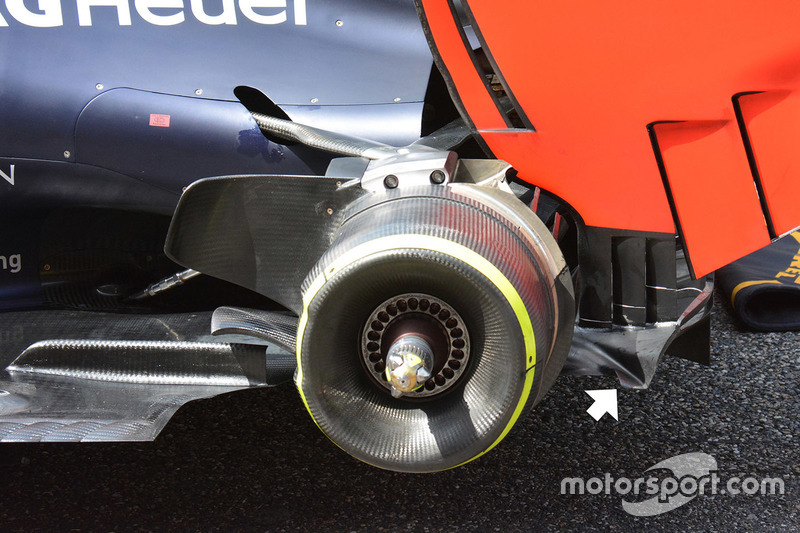 A nice detail but not necessarily new on the RB12 captured and arrowed in this image is the upward footplate that helps control how the diffuser behaves in the outside channel. 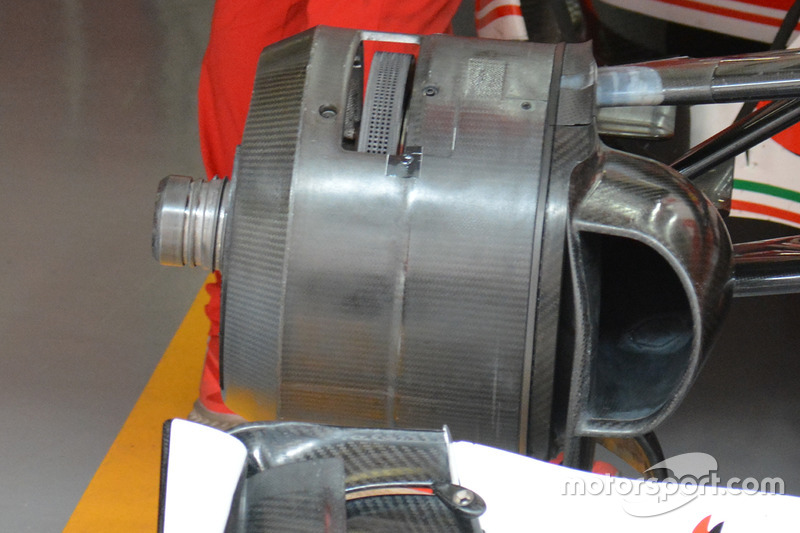 The Scuderia didn't have any large-scale updates available in China, with a larger step expected in Barcelona.

Its focus remained on delivering the right set-up for each driver, with particular attention paid to the brakes. Shanghai isn't as severe on the brakes as Bahrain and so the configuration can be changed to suit, with Ferrari returning to a disc with around 850-900 holes drilled in it rather than 1200+.

This change is easy to discern, with only four drill holes placed horizontally across the disc's leading edge, whereas one with 1200+ holes has to have the five holes placed in a chevron pattern, in order that don't not cause damage to the material and cause a failure if overheated.

The team also tried different solutions in terms of their brake drums, with different cooling openings trialed to allow heat to be dissipated and radiate into the wheel rim. 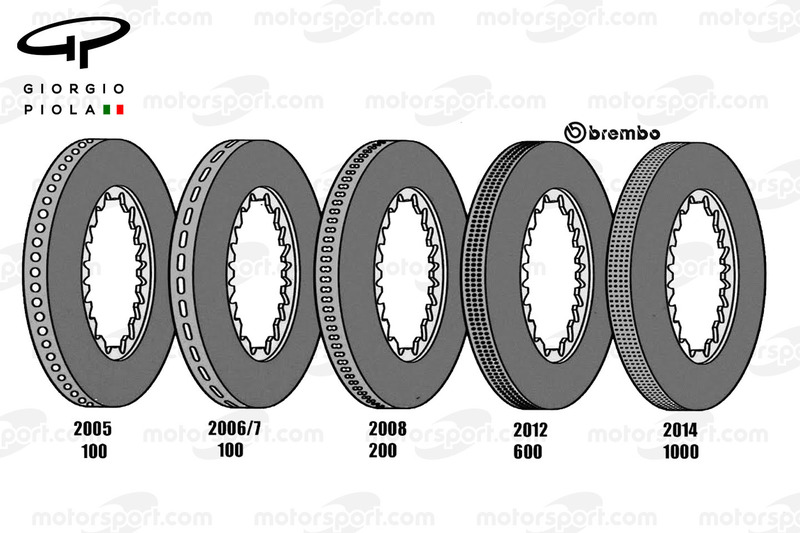 (Above: The increased performance gained from brake disc development over the last decade).

McLaren made a small change to the underside of its nose in China, placing an inverted shark fin on the car's centreline. Ferrari employs a similar design feature, albeit not as pronounced as the one used by McLaren, both of which are used to control how airflow converges under the nose.

The development will likely improve how the airflow interacts with the Y250 vortex and turning vanes, improving the way the car performs in yaw, particularly in low- and mid-speed corners. 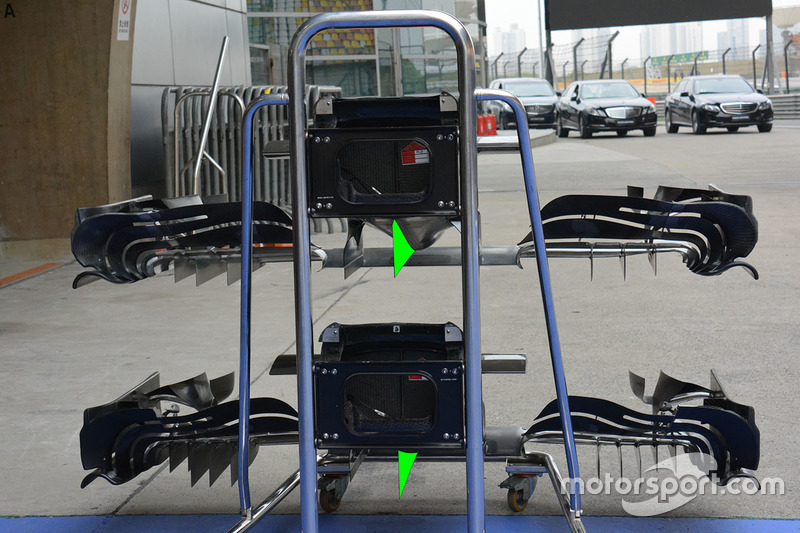 F1 must do more for digital generation, says Marchionne

Red Bull expects to cause "mischief" among Mercedes and Ferrari