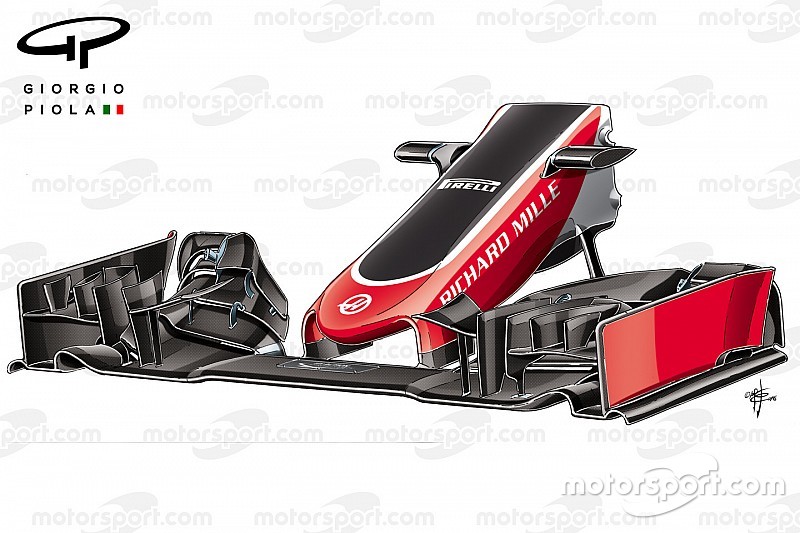 In the second part of the Chinese Grand Prix technical debrief, Giorgio Piola and Matt Somerfield look at the updates seen on the Haas and Mercedes.

The American team surprised everyone in the first two grands prix, maximising both its own performance and taking advantage of others' mistakes.

China told a different story though, with both drivers struggling to get the best from their VF16. Romain Grosjean was particularly vociferous about the mandated pressures issued by Pirelli, condemning the high pressures and suggesting they were largely responsible for the lack of pace throughout the weekend. 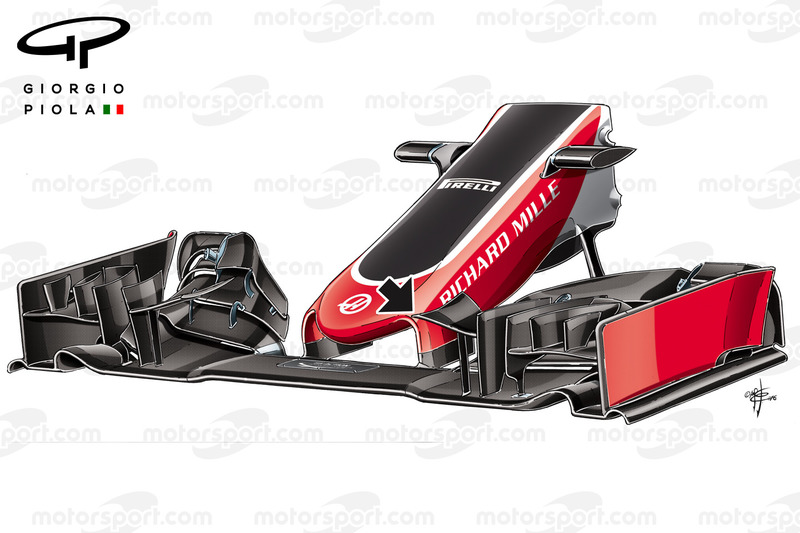 Haas arrived with a new front wing, which Esteban Gutierrez ran in practice, but having established rather quickly that setting it up and making any reasonable gains would be fruitless, it was abandoned before being called up as a replacement following Romain Grosjean's first corner collision with Marcus Ericsson.

The wing is a development of the one used thus far, with several revisions made to change the way air moves around the front tyre.

This horizontal fin is mounted to the side of the main cascade but its rigidity is increased with a small support which flanks it.

While both drivers started the race with the older configuration, damage sustained on Grosjean's car meant he had to make a change at his pitstop.

But with the car not having been set-up to run with the wing, this switch affected the balance of his VF16 and left him out of the points for the first time this year.

Mercedes continues to dominate the championship standings but that doesn't mean it's simply happy to rest on its laurels.

Whilst a larger update was originally scheduled for China, it decided its advantage to the other teams meant it could spend more time refining it and will most likely be available in Barcelona instead.

In China, it made further changes to its front brake duct to resolve minor issues it has faced in the opening rounds as well as add performance.

Nico Rosberg may have led the race for a substantial period of the Australian Grand Prix and went on to take victory but the team nearly retired the car, with debris causing one of the front brake calipers to overheat.

He was able to manage the situation, with the German changing his driving style and brake balance to take stress off the front brakes. But it was clearly an area of concern for future races. 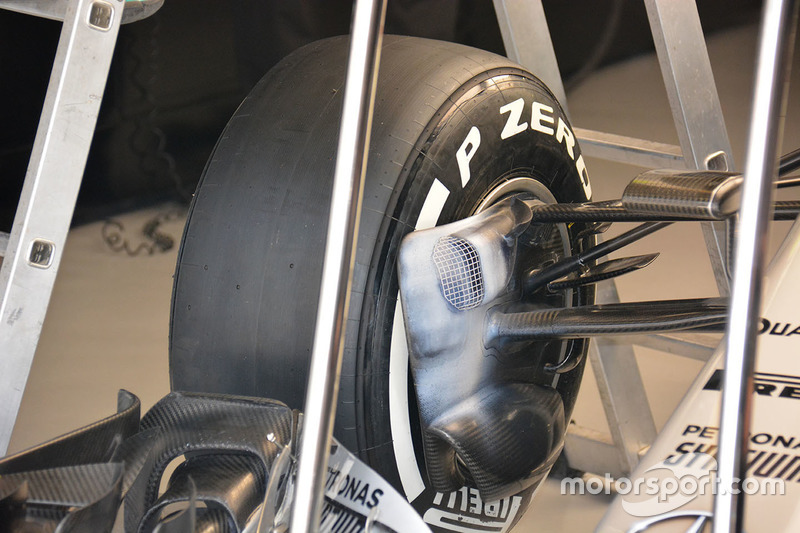 In Bahrain, changes were made to the shape of the mesh covered inlet, in order to reduce the chances of debris becoming lodged within and reducing performance. Furthermore, it sprayed the brake duct with Teflon spray to limit the chance of any discarded rubber staying mounted to it.

This is a practice that Mercedes has been employing on its front wing for some time now and is only a matter of time before this is extended to other parts of the car and copied by the other teams. 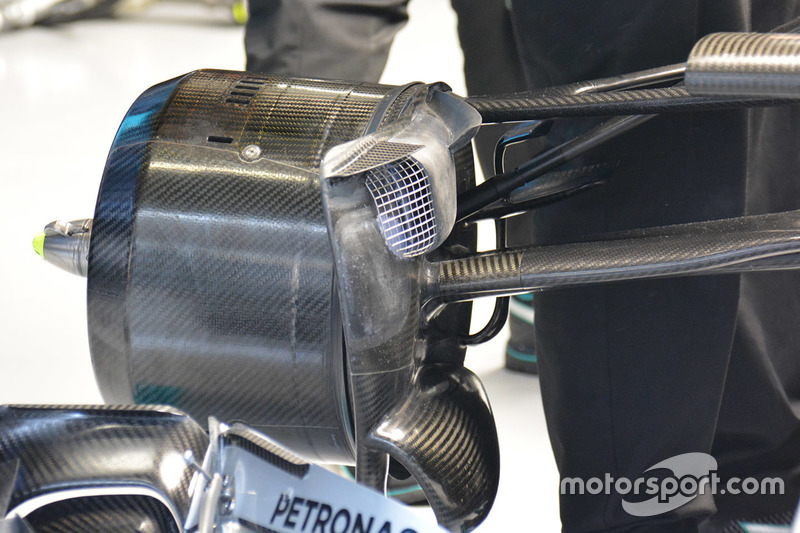 In China, a triangular fin was added above the inlet, which not only served the purpose of offering some protection to the inlet but also has an aerodynamic influence too.

The fin will produce an aero structure that influences the shape of the wake shed by the tyre, improving the performance of the sidepod and its surrounding components. 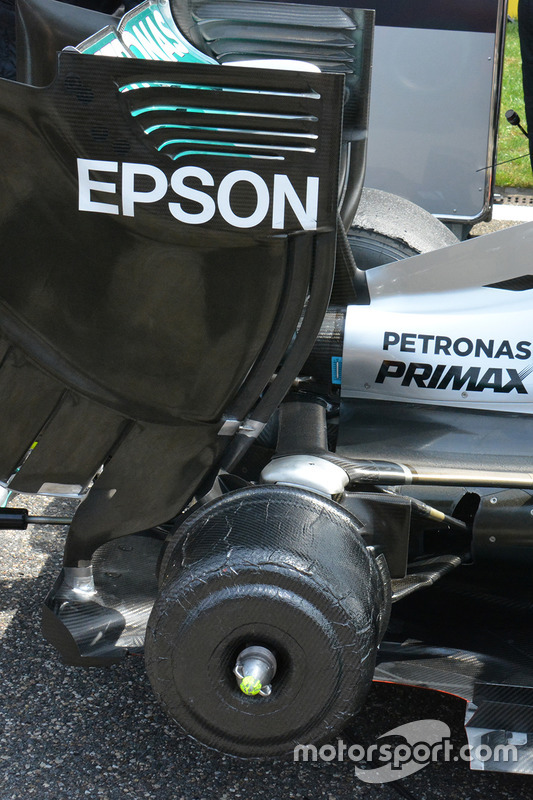 Whilst not new, we can see in the image above that Mercedes plays particular attention to rear brake temperatures, since the changes made to regulate pressures on the grid in Italy last year, using a heater to enclose the drum and put heat into it.

Ferrari: Gap to Mercedes is just one tenth

Wehrlein: Manor can target points in 2016