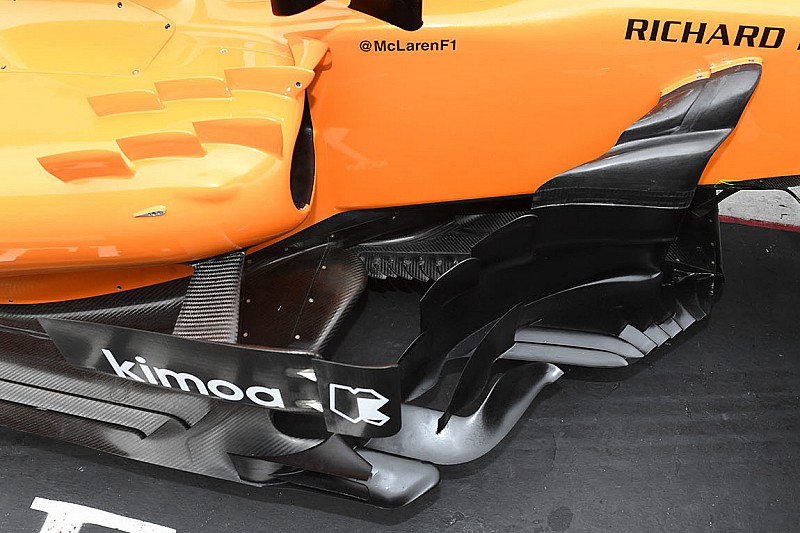 Giorgio Piola and Sutton Images uncover the latest technical details on show in the Shanghai pitlane. 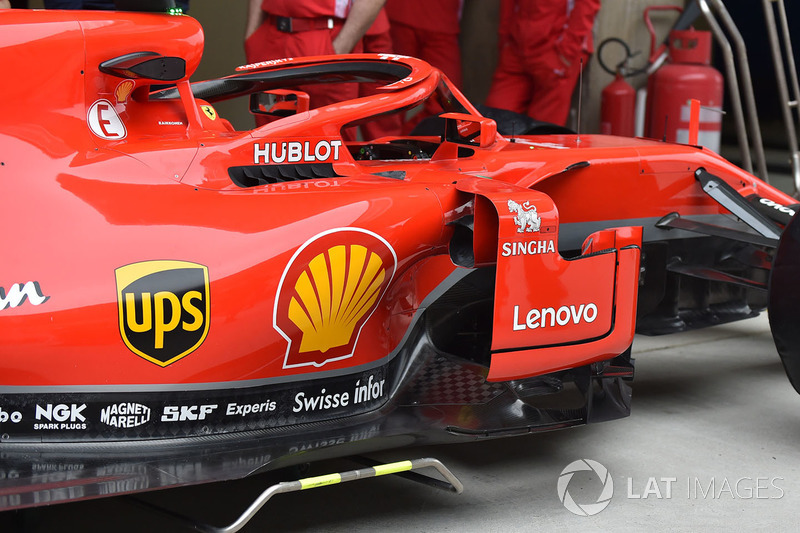 A three-quarter glance across at the SF71-H’s sidepods and the outer deflectors. 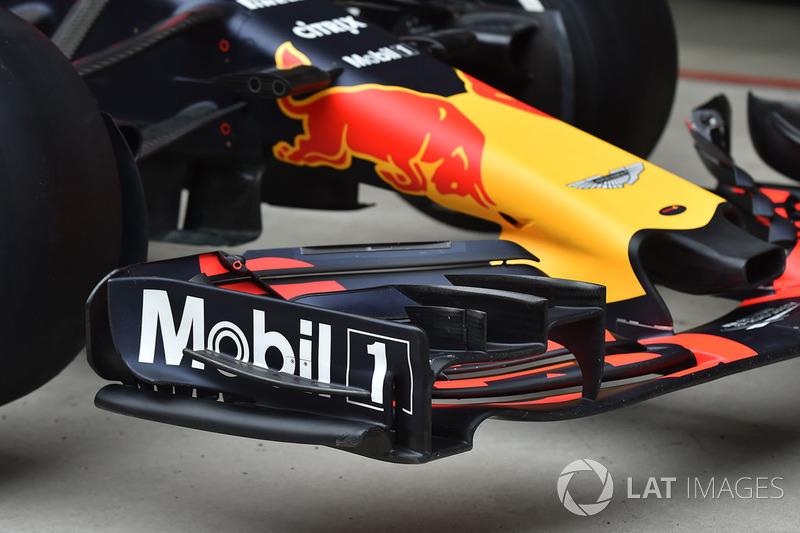 The RB14’s front wing still features the distinctive outer footplate, which is placed at a much higher position at the leading edge before swooping down. 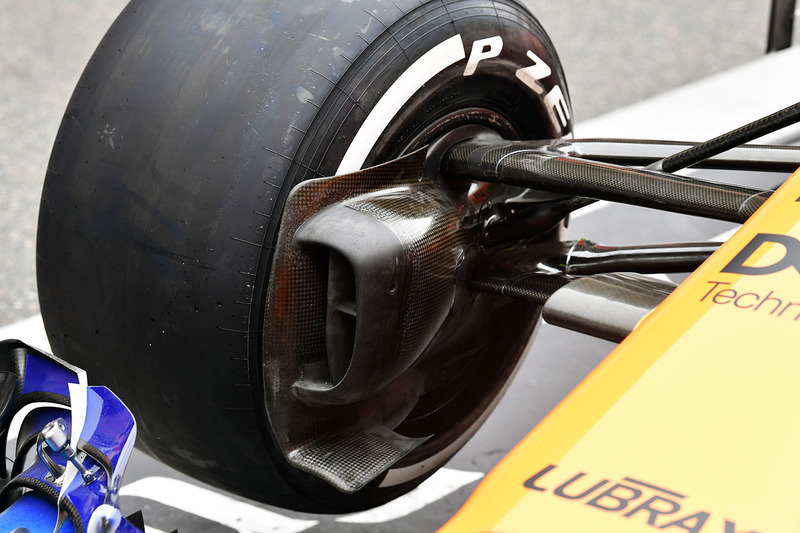 A close up of McLaren’s front brake duct, note the separate channels within the inlet scoop, dividing up the airflow in order that it cools the brakes and fulfills an aerodynamic purpose. 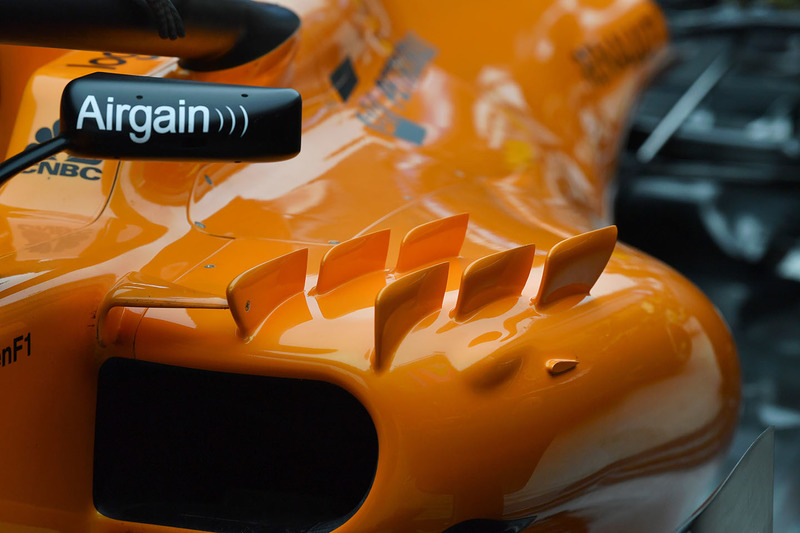 The six vortex generators on the MCL33 sidepod’s shoulder which help to drive aerodynamic performance. 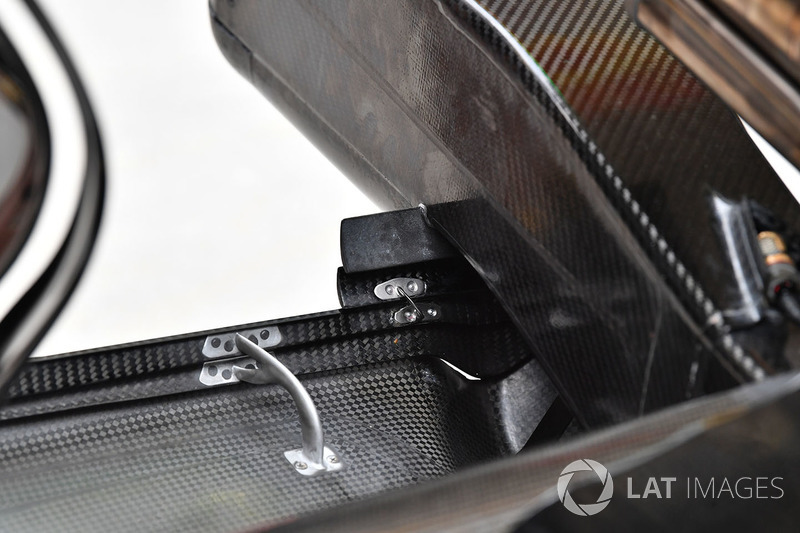 An extreme close up of the winglets mounted above the diffuser and either side of the crash structure on the VJM11. 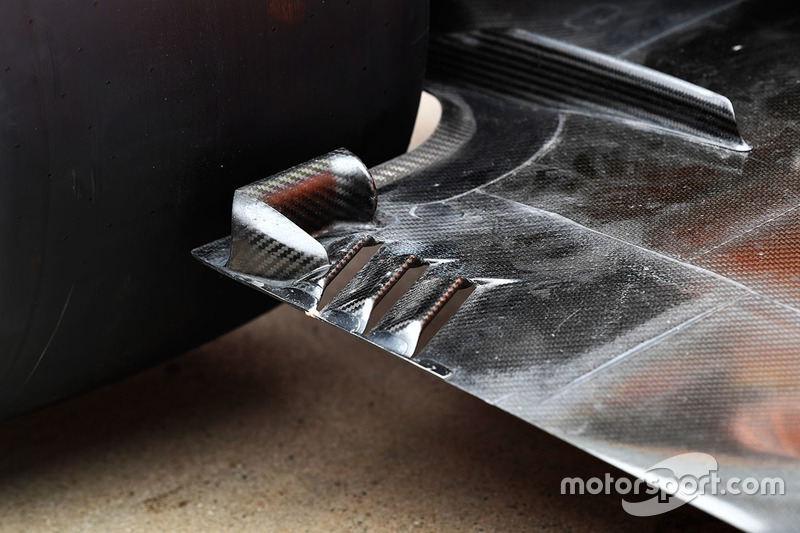 The area ahead of the rear tyre on MCL33, which was modified for Bahrain and now features a slanted end fence, rather than a flat one on the floor’s edge. 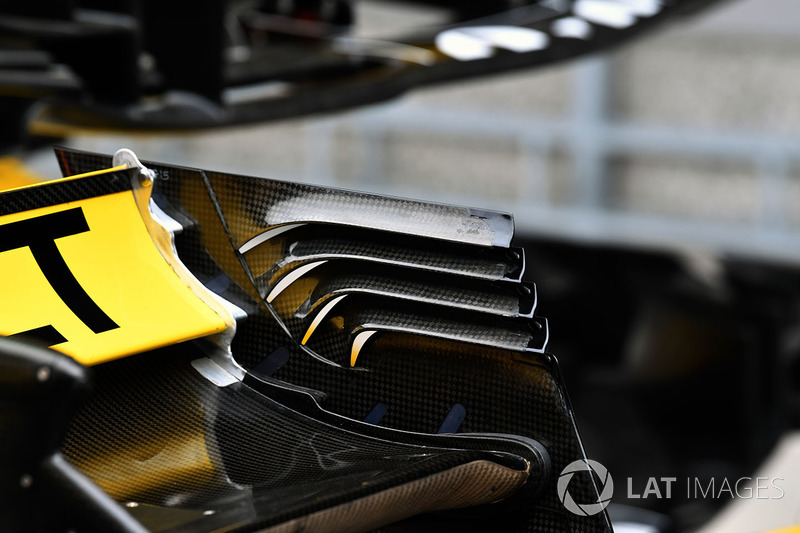 A close up of the open-end style rear wing endplate louvres on the RS18 and now favoured by a large majority of the grid. 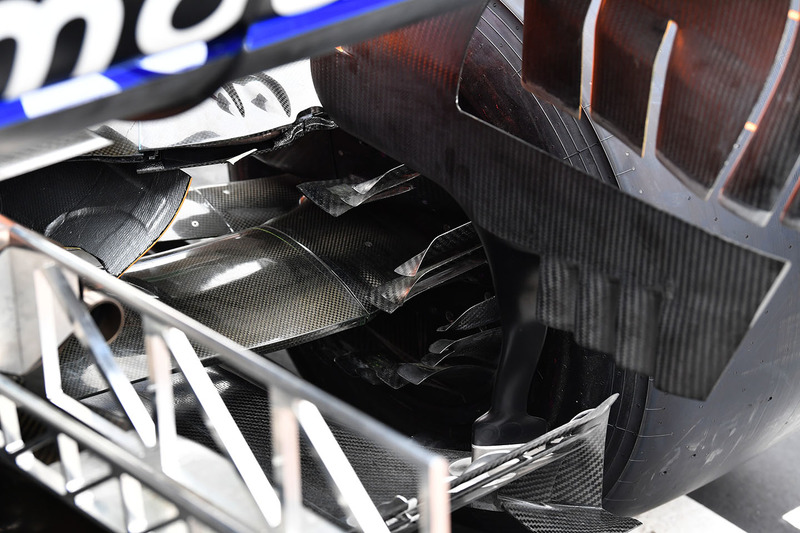 A close-up of the rear brake duct fins on the MCL33, which directly increase downforce but also have an impact on the surrounding flow structures. 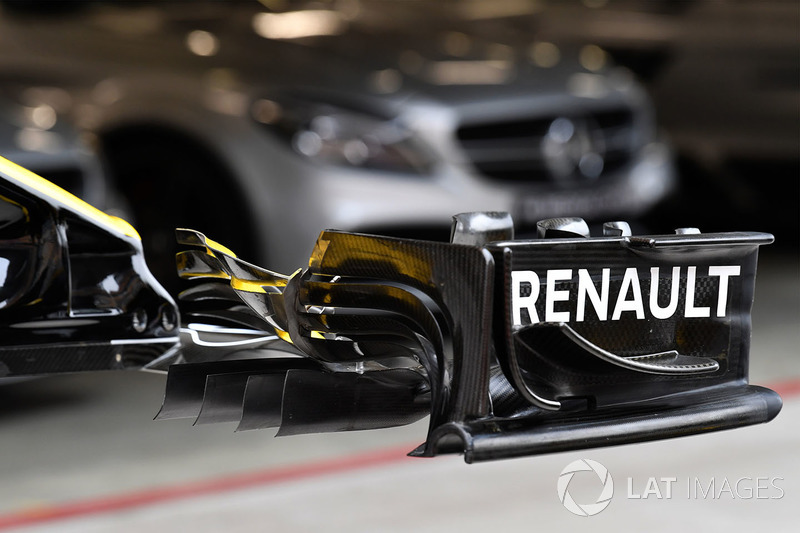 This shot of the RS18’s front wing from behind allows us to see that this particular configuration utilises four strakes with which to control the flow of air. 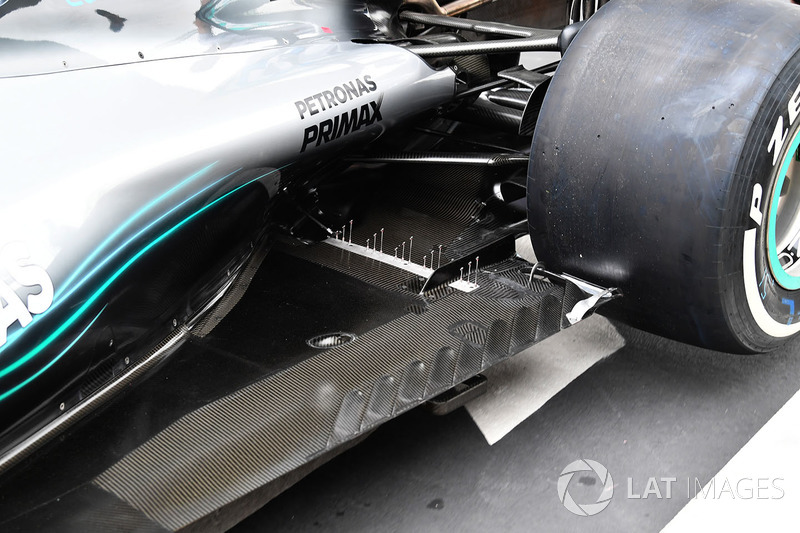 The W09’s floor is outfitted with a row of pitot tubes as the teams look to gather aerodynamic data during Free Practice. 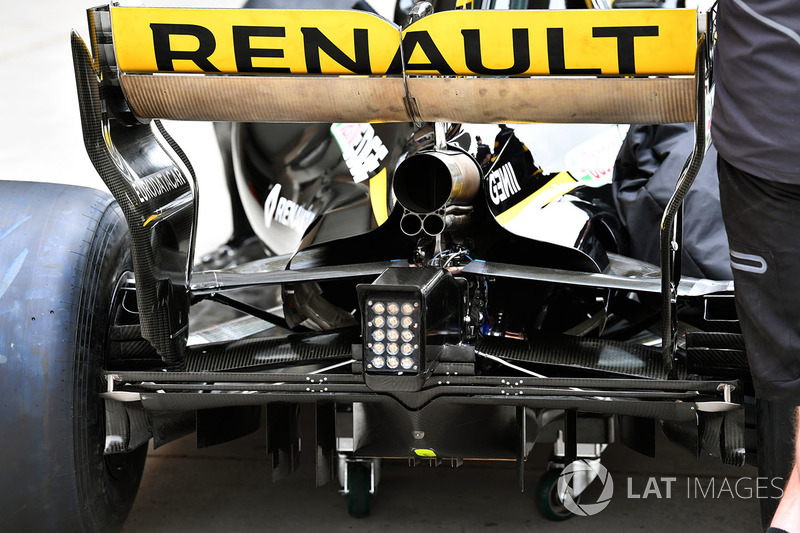 A great shot of the RS18 from behind – note the three pairs of vortex generators on the trailing edge of the plank, the multi-element perforated diffuser Gurneys which run around its periphery and the double-barrel shotgun style wastegate layout under the main exhaust. 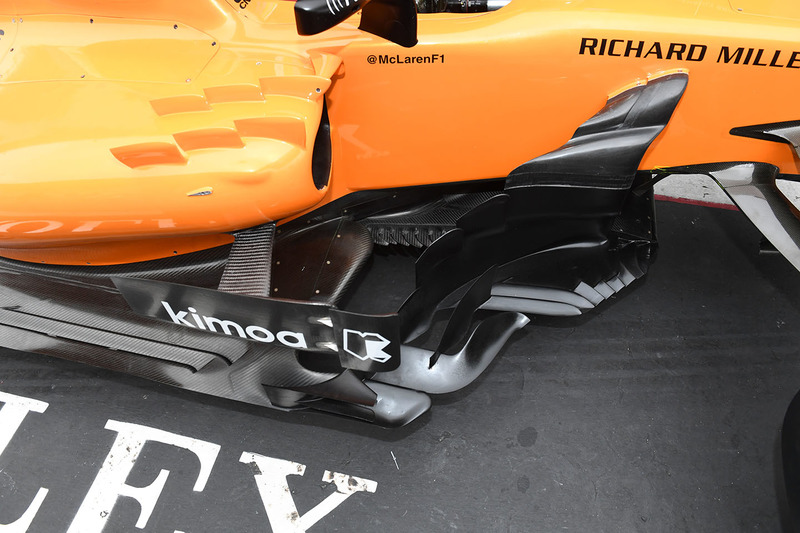 A look down on the ever-more complex bargeboard and floor area on the MCL33, note the two piece sidepod deflectors used only on Alonso’s car last time out too. 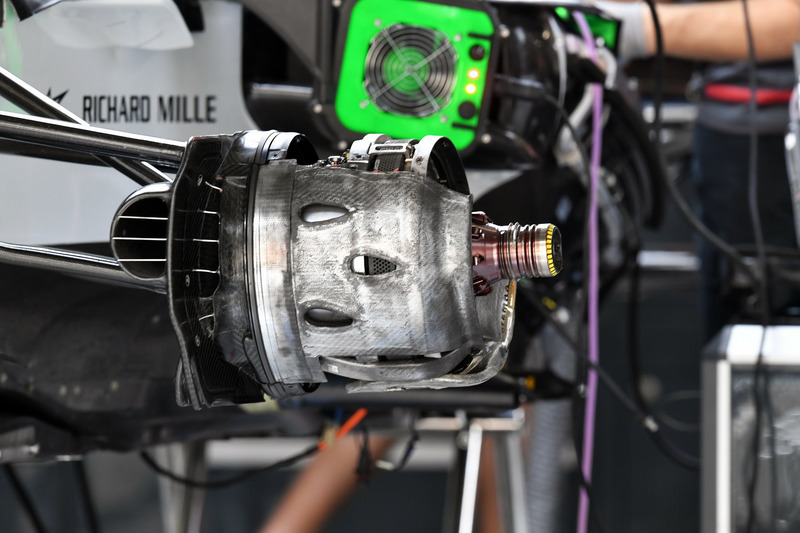 Haas front brake assembly which features crossover pipework that moves airflow from the inlet scoop out through the wheelface. The teardrop-shaped holes allow hot air to pass through both the crossover and the brake drum in order that it radiates into the wheel rim and subsequently the tyre. 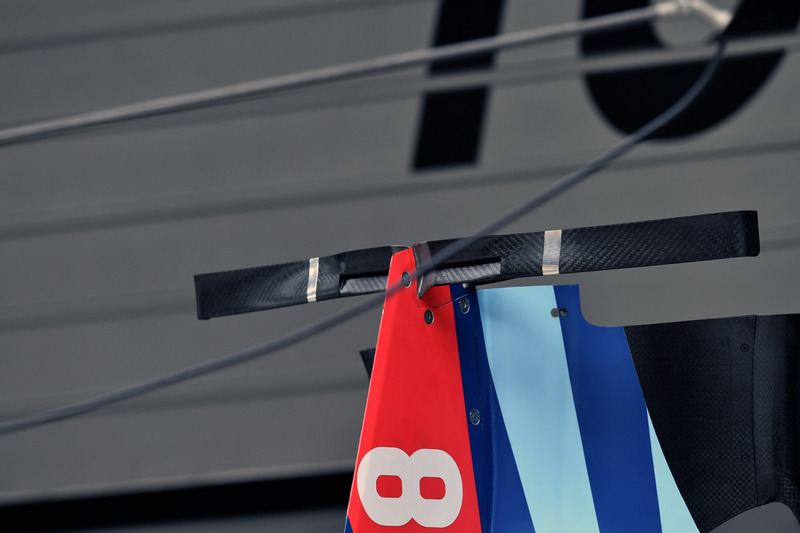 Williams lower T-Wing, which you’ll note features a slot near the bodywork in order to improve efficiency. 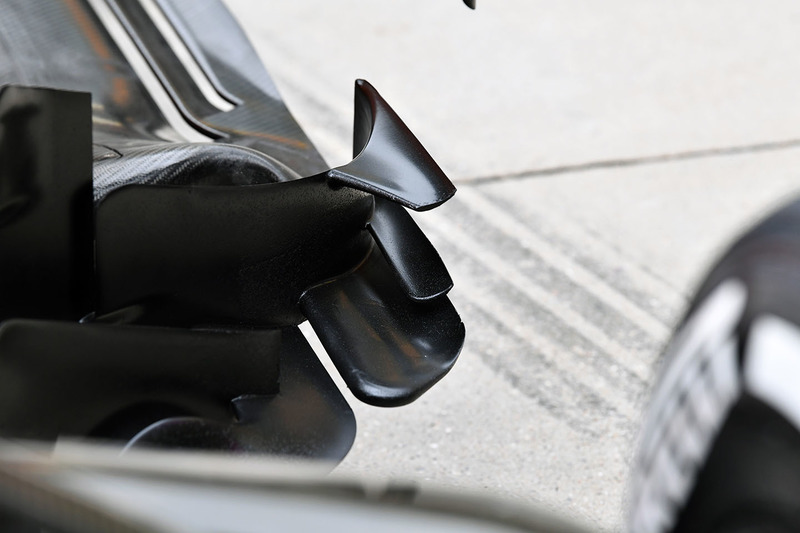 The triple axehead arrangement being employed by McLaren ahead of the floor on the MCL33. 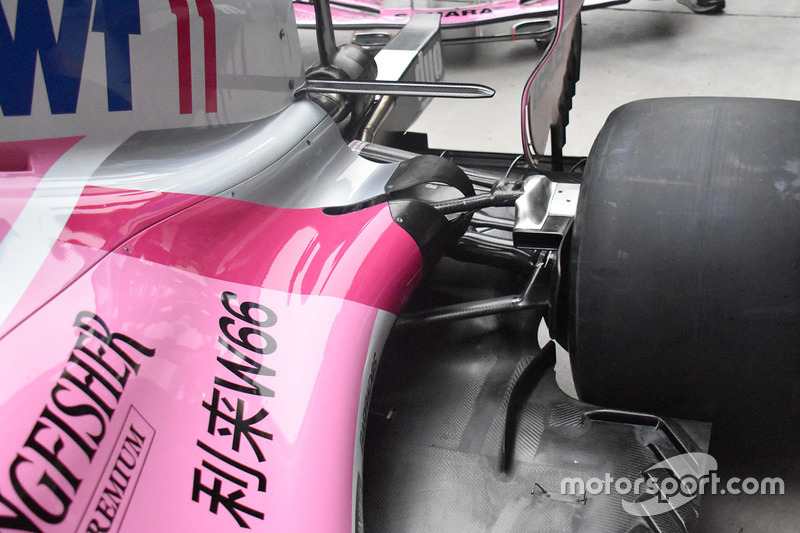 A look at the engine cover and sidepod cooling exit on the VJM11. 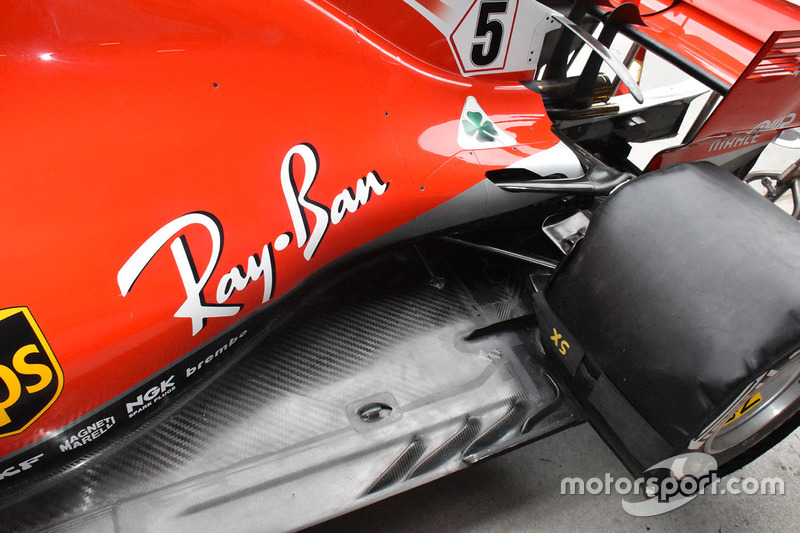 The floor area ahead of the rear wheel on Ferrari's SF71H, with its numerous slots that help to control the effects of tyre squirt. 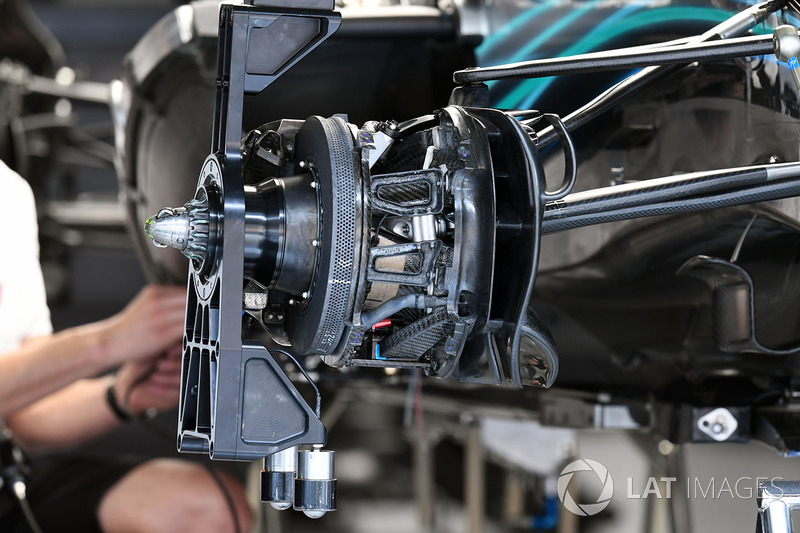 A look at the W09’s front brake assembly prior to the fitment of the brake drum. 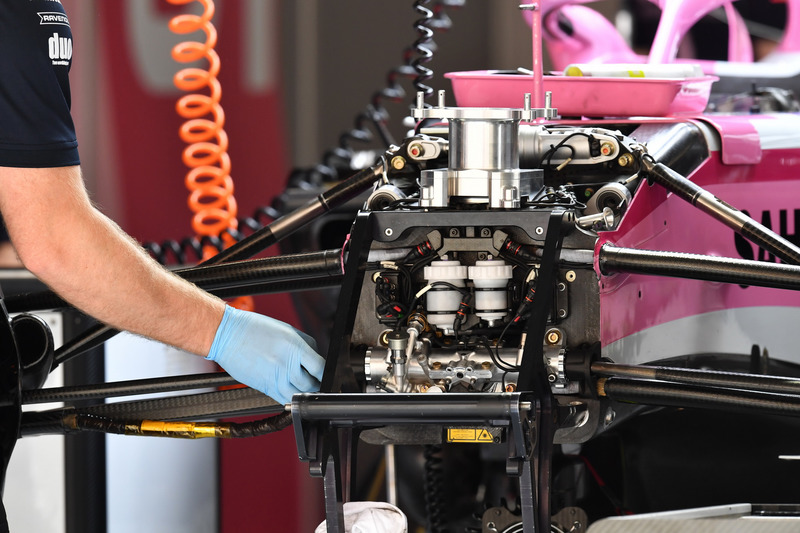 Photo taken as the VJM11 is built up, and with the nosecone not installed. 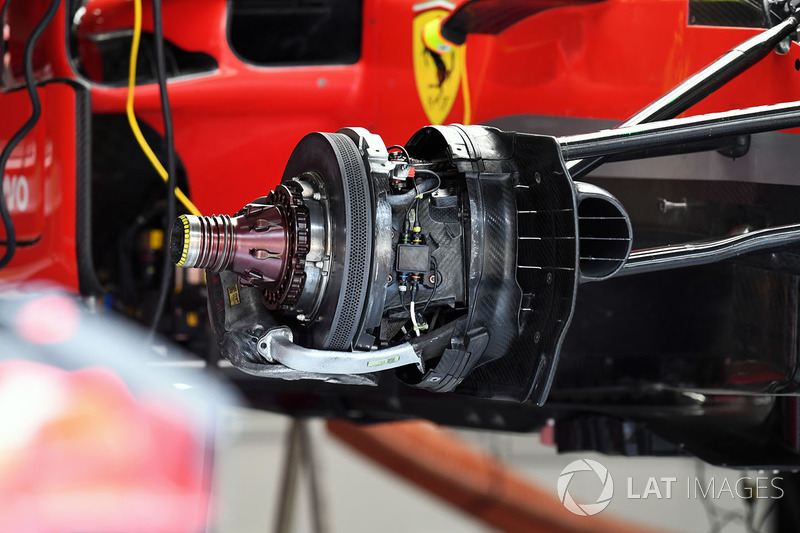 Detail of Ferrari's front brake assembly prior to the brake drum being fitted.