The F1 tyre supplier had brought the supersoft as the softest available compound to both the 2016 and the 2017 editions of the Shanghai F1 race, but the red-walled tyre will be absent entirely this time around.

Instead, the ultrasoft and the soft – the tyre compounds either side of the supersoft in Pirelli's F1 range – were chosen along with the medium for 2018.

As such, the Silver Arrows have favoured a cautious approach. Both Mercedes drivers will have only six sets of the softest tyre compound available, with Lewis Hamilton also picking a field-high six sets of the yellow-walled soft tyre.

This is in contrast to current constructors' championship leader Ferrari, which chose as many as eight sets of the ultrasoft for its drivers – who will both have only three sets of the soft and two sets of the medium.

Red Bull has opted for the middle road between its two F1 rivals and, like Ferrari, elected not to split strategies within its roster – with both Max Verstappen and Daniel Ricciardo allowed seven sets of the ultrasoft and four sets of the soft.

The only other team besides Mercedes to pick six sets of ultrasofts was Force India, but the Indian outfit has also gone with a field-high three sets of the medium – a choice matched only by Sauber for its F1 rookie Charles Leclerc. 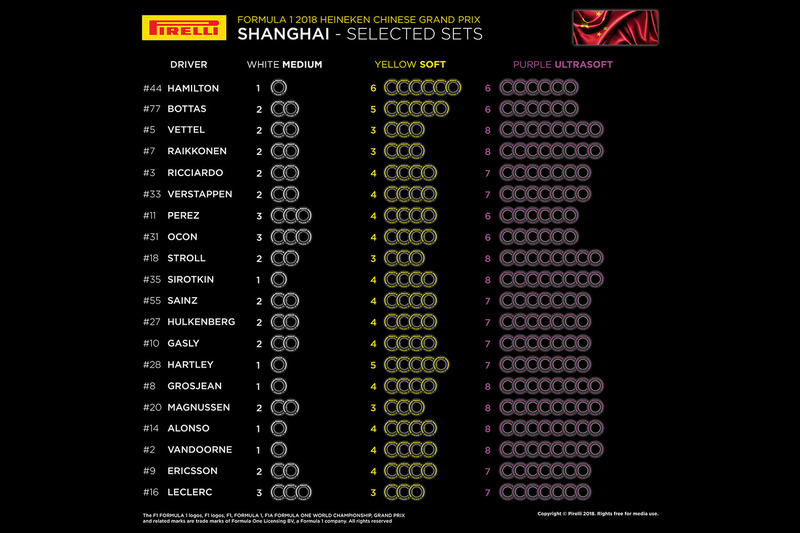 Haas will develop 2018 car for longer than last year

Hamilton: Boos from crowd after Hungarian GP pole "fuel me"

Hamilton: Boos from crowd after Hungarian GP pole "fuel me"