Formula's 1 split into two tiers and the way it forces drivers to think about fake class wins and titles is damaging grand prix racing a lot, reckons Sergio Perez. 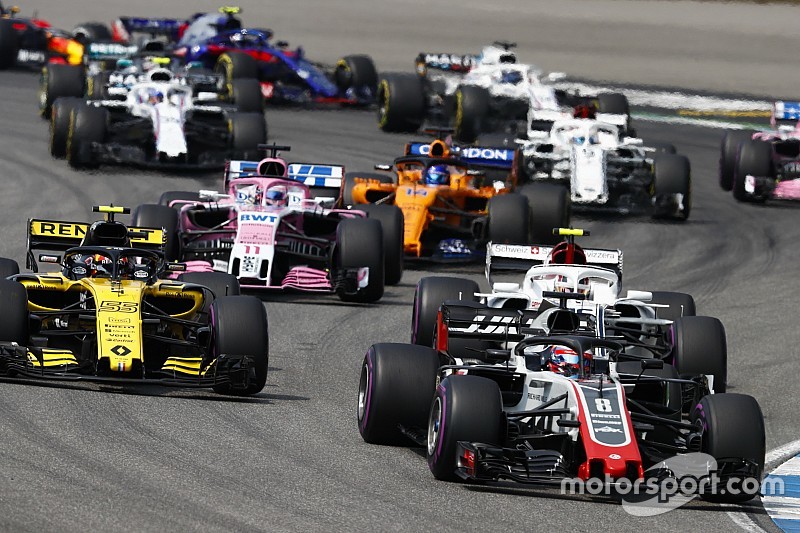 Mercedes, Ferrari and Red Bull have dominated the grid for the last three seasons, with only Williams's performances in 2014 and 2015 preventing those teams locking out the top positions in the constructors' championship every year since 2013.

The gap between the big three teams and the rest of F1 has increased in the last couple of seasons, with Perez's team Force India finishing a distant fourth in 2016 and 2017.

Perez is one of the only drivers outside those teams to score a podium in the last three seasons, which he says is because F1 has changed significantly even since 2012, when he scored three podiums for a Sauber team that was not even best of the rest.

"That is quite difficult," he told Motorsport.com. "The difference in budget these days, going into a new generation of cars, is tremendous.

"You cannot compete. The last four or five years it was simply two categories in Formula 1.

"That shouldn't be the way. That is damaging the sport a lot."

Haas driver Kevin Magnussen recently told Motorsport.com he has created a 'Class B' title in his mind because the midfield cannot fight for outright honours.

Since the beginning of the 2016 season, the grand prix podium has included a non-Mercedes/Ferrari/Red Bull driver just five times.

Perez and Force India are responsible for three of those upsets (Azerbaijan and Monaco in 2016, and Azerbaijan this year), with Williams earning the other two (Valtteri Bottas in Canada in 2016 and Lance Stroll in Azerbaijan last year).

The current 'Class B' fight is being led by Renault's Nico Hulkenberg, who has been best of the rest on four occasions this season.

He told Motorsport.com: "The top six is the top six. They are out of reach.

"As a driver, even though you're frustrated and disappointed, it is the way it is. Your ambition is each time you know to still get the best out of yourself, the car, beat your team-mate.

"You go for the next best thing."

F1's next major change is scheduled for 2021, when sweeping resource restrictions and fairer funding distribution are supposed to be brought in alongside car and engine changes.

Though Perez believes the instability of big rules changes helps the big teams more, the hope is that the wider upheaval will level the playing field.

"I really hope for the benefit of the sport that in 2021 you have five teams fighting for victories every race," said Perez.

Sainz to seek out Alonso for McLaren advice