Clear to focus on Leclerc in 2019 Ferrari role

Experienced Ferrari engineer Jock Clear will play a key role in Charles Leclerc’s rookie season with the Formula 1 team in 2019, and could become his race engineer.

Ferrari protege Leclerc will graduate to the team from Sauber next year after just one season in F1.

Clear has been a leading F1 engineer for more than two decades and worked closely with multiple world championship-winning drivers including Michael Schumacher, Lewis Hamilton and Nico Rosberg.

It has previously been suggested that Clear could focus on Leclerc next year as Ferrari rejigs its technical structure in anticipation of the 21-year-old replacing 2007 world champion Kimi Raikkonen.

Asked ahead of this weekend’s Brazilian Grand Prix if he would be Leclerc’s race engineer next season, Clear said: “It’s not all finalised but at the moment, yes, I will have a strong influence on his side of the garage.

“Whether that is the job title or not, we’ll decide upon.

“Certainly I will taking closer attention to him than maybe I would have done on Kimi or Seb up until now.”

Leclerc has impressed with his rookie performances at Sauber but will arrive with only 21 starts and, at present, a best finish of sixth.

He has been tipped to vault immediately into title contention next season, although Ferrari has been keen to play down expectations.

Clear, who recently made “a longer-term commitment” to Ferrari, believes his experience will allow him to make a good contribution to Leclerc’s adjustment to the famous Italian team.

“With Charles coming in I’ll help in any way I can to make his life easier, to ease some of the pressure, to make sure we get the best out of Charles and out of the team as a whole over the next few years.” 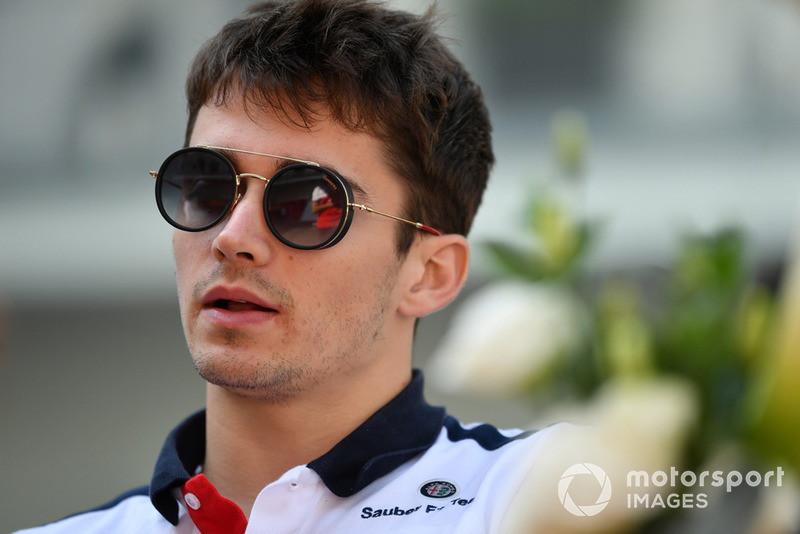