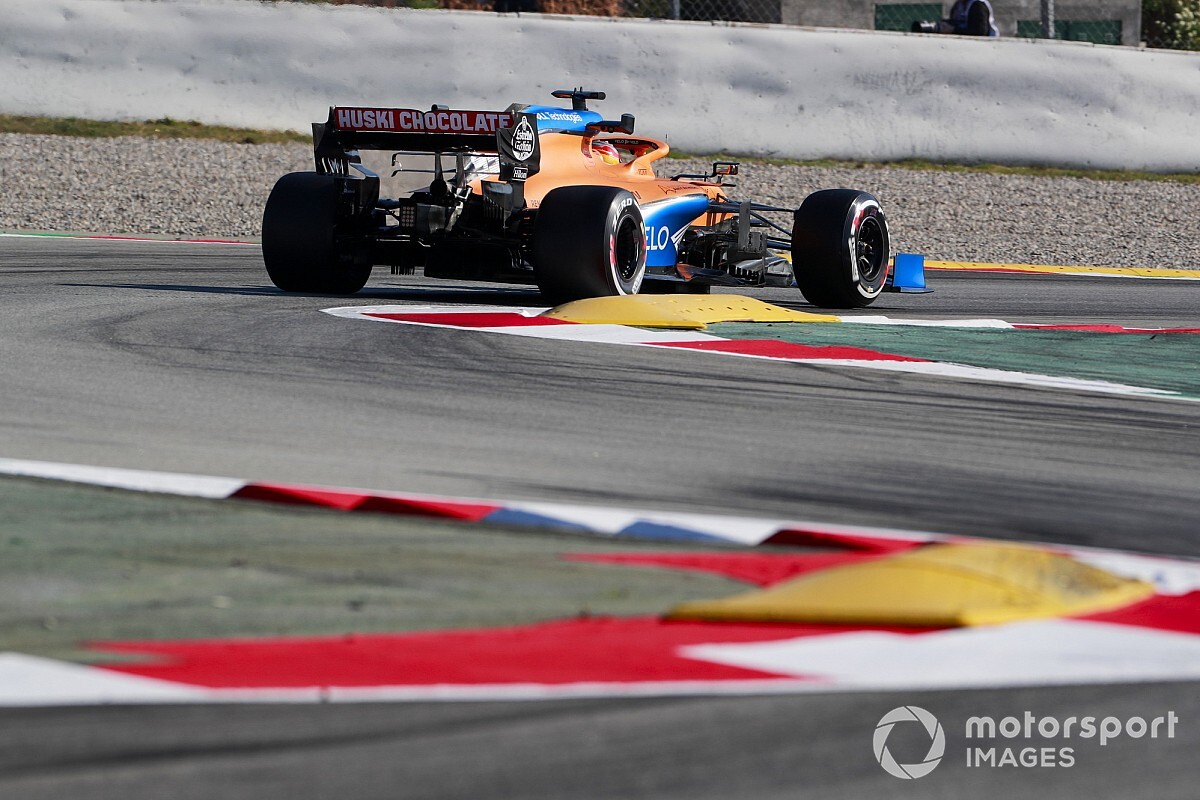 Formula 1 race director Michael Masi has clamped down on corner cutting ahead of the Spanish Grand Prix by issuing new guidance to drivers on Thursday.

The FIA previously moved to prevent drivers from gaining an advantage by cutting the corner at Turn 2 of the Circuit de Barcelona-Catalunya by placing a bollard in the run-off area for last year’s race.

Any driver failing to negotiate Turn 2 properly after cutting across the run-off at the inside of the corner was required to stay to the left of the bollard before returning to the track in a safe manner.

But Masi has moved to further clamp down on this corner cutting by introducing new warnings for those repeatedly missing the corner and gaining an advantage.

“Each time any car fails to negotiate Turn 2 by using the track, teams will be informed via the official messaging system,” Masi wrote in his pre-event notes issued to all teams and drivers.

“On the second occasion of a driver failing to negotiate Turn 2 by using the track during the race, he will be shown a black and white flag.

“Any further cutting will then be reported to the stewards.

“In all cases, the driver must only re-join the track when it is safe to do so and without gaining a lasting advantage.

“The above requirements will not automatically apply to any driver who is judged to have been forced off the track, each such case will be judged individually.”

The additional guidance is in line with the stricter approach the FIA has taken towards policing track limits through the 2020 season so far, with additional guidelines being issued in both Hungary and Great Britain.

Some minor changes have also been made to the Circuit de Barcelona-Catalunya since last year’s Spanish Grand Prix.

A new asphalt road is now in the run-off area at Turn 1 after being installed for the long lap penalty used in MotoGP.

The exit kerb at Turn 8 has been extended, while the gravel trap has also been extended at both Turn 8 and Turn 12.

A new TecPro barrier is also in place at Turn 12, plus the metallic kerb at Turn 15 has been extended to meet the pit lane entry.