Formula 1 venue Circuit of the Americas faces a huge financial hit after the Texas state government refused to release the funds that the track has received every year since it began to host the United States Grand Prix.

The business model for the circuit and its biggest race is built on the annual payment from the Major Events Trust Fund that has always covered the sanction fee paid to the F1 organisation, and which in effect makes the Grand Prix a “free” event for the venue.

The money has always been paid some months after a race has taken place, because it has to be shown to have derived from tax income received from the extra influx of visitors generated by the event.

However the state has rejected COTA’s formal application for its 2018 payment on a legal technicality, claiming that it did not submit a human trafficking prevention plan prior to the deadline of September 19th, a month before the race. This requirement is related to a clampdown by the Texas authorities on prostitution.

A spokesman for Texas Governor Greg Abbott told the Statesman: “In this case, the law is clear that if a human trafficking prevention plan is not submitted 30 days prior to an event, a reimbursement from the Major Events Fund cannot be issued.

"The State of Texas and COTA have a productive partnership that has had a tremendous economic impact on the city of Austin and the state as a whole, and our office is already working with COTA on next year’s race.”

COTA executive vice president Rick Abbott responded to the development by issuing a statement via Twitter saying that a plan had already been implemented for MotoGP.

“The anti-trafficking plan was on file for other events throughout the year, so it is not a question of implementation,” he said. “In April of 2018, the Circuit of the Americas operations team developed a human trafficking plan to be included in the Emergency Action Plan (EAP) for the 2018 MotoGP Grand Prix of the Americas. That plan stayed in place throughout the entire 2018 race season.”

He remains optimistic that a solution can be found: “As the reimbursement for the 2017 USGP was not paid until 10 months after the event, we remain hopeful the 2018 issues can be resolved.”

The state’s suggestion that it is “already working with COTA” indicates that in theory there should be no problem with payments for 2019 and beyond, if the paperwork is in order.

Nevertheless, the loss of the 2018 funding will be a huge blow for an organisation that cannot afford to lose such a significant amount, with so much having been invested in the construction of the track.

The funding deal was originally negotiated by circuit founder Tavo Hellmund with then state comptroller Susan Combs, and it was a crucial step in convincing Bernie Ecclestone that a race would in Austin would be viable.

The current arrangement covers an F1 race anywhere in the state of Texas, and is not specifically tied to COTA – so in theory an event in another city could claim the funding. 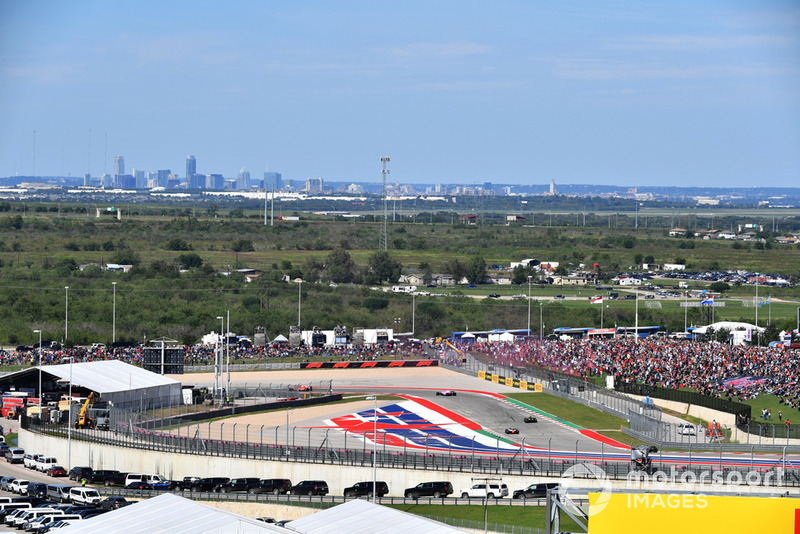 Zhou Guanyu to stay with Alfa Romeo F1 team in 2023