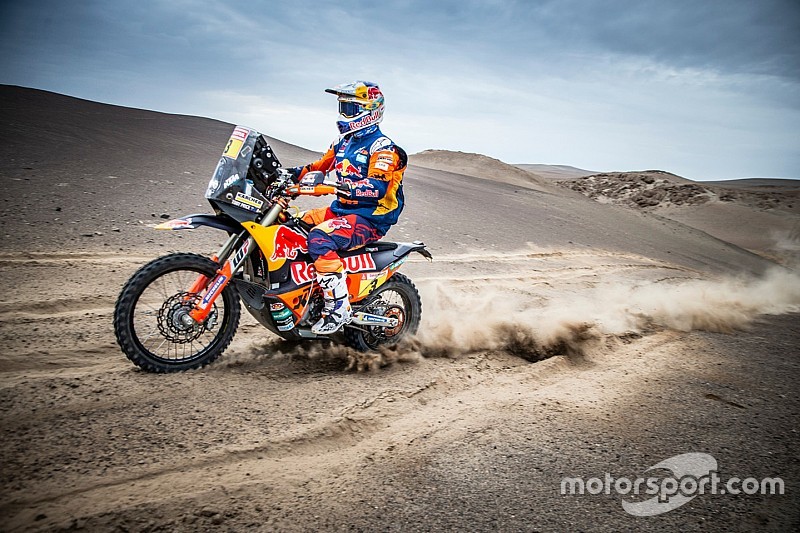 Dakar 2019 winner Toby Price will take part in the Formula 1 driver parade ahead of the Australian Grand Prix at Albert Park next month.

That feat will be recognised during the driver parade at the season-opening grand prix in Melbourne, Price set to follow the F1 stars around on the KTM that he rode to Dakar glory.

“Toby Price is the only Australian to have ever conquered the gruelling Dakar Rally, and to have now won it for a second time in defying circumstances is an incredible achievement,” said Australian Grand Prix Corporation CEO Andrew Westacott.

“What better way to celebrate Toby’s accomplishment than allowing him to join 20 of his peers that are the best racing drivers in the world in a lap of honour on the world stage.

“We are thrilled to honour Toby at the [Australian Grand Prix] and see him receive the global recognition he deserves, when the world’s eyes are on Melbourne for the opening round of the World Championship.”