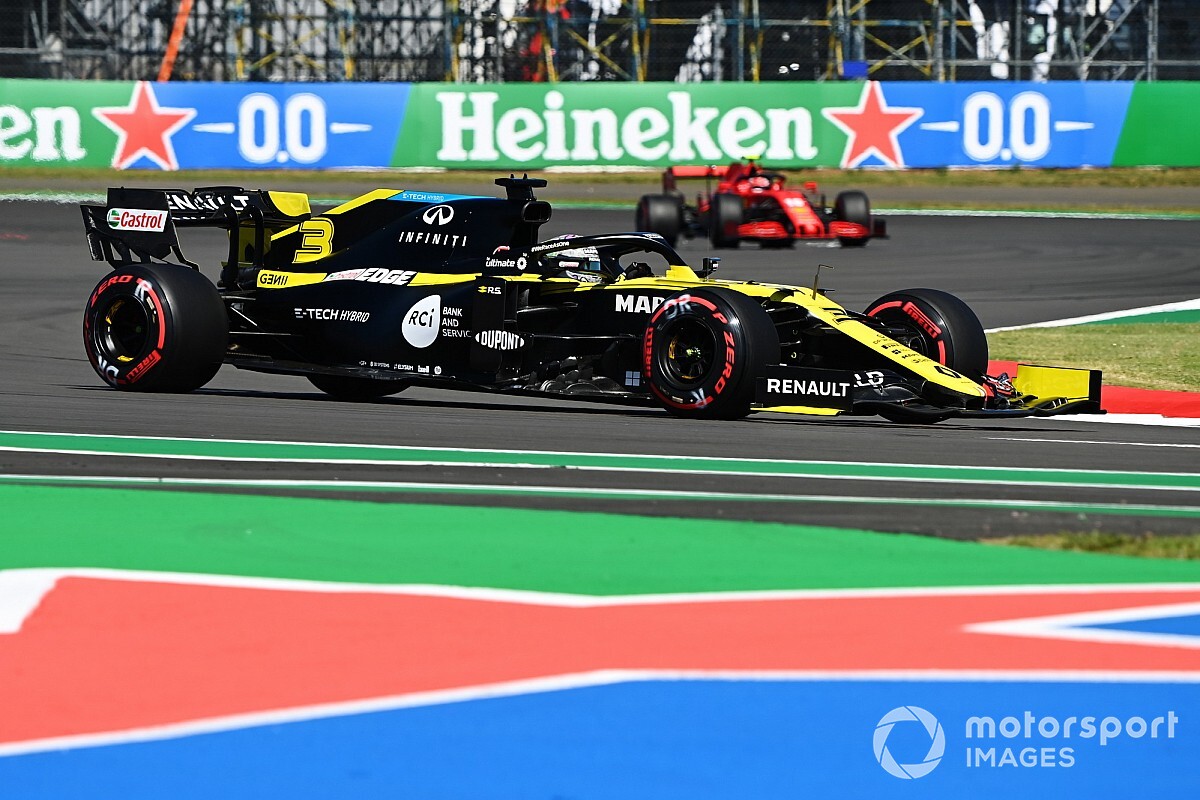 Renault's Daniel Ricciardo is surprised by the scale of Ferrari's Formula 1 struggles through 2020 as it braces for another difficult weekend at the Italian Grand Prix.

Ferrari has endured a miserable start to the season that has seen the team slump to fifth place in the constructors' championship, sitting just two points clear of Renault.

Last weekend's Belgian Grand Prix marked a new low point for the team in 2020 as it spent just five laps running inside the top 10, with both Charles Leclerc and Sebastian Vettel failing to score any points.

Ferrari is expecting to struggle once again this weekend at Monza given the high-speed nature of the circuit and its current straight-line speed deficit.

The team has made no secret of the task it faces to turn things around, with Leclerc anticipating the rebuild project could take "years" to complete.

Ricciardo's name has been repeatedly linked to a seat at Ferrari in recent years, but will join McLaren for 2021 to replace Carlos Sainz, who was snapped up by Ferrari to replace Sebastian Vettel.

Sainz has defended his decision to leave McLaren to move to Ferrari for next year despite the team's struggles, saying he is "100% sure" it was the right call.

Asked if he felt like he had dodged a bullet by not joining Ferrari given its current struggles, Ricciardo said that while he had not thought too deeply about it, he was surprised by how far it had fallen.

"It's tough to know really how long this string of results will last for the team," said Ricciardo. "I find it hard to see it lasting too long, but at the same time, I didn't expect to see the results or for them to struggle as much as I have, at least in Spa.

"It was talked about before the weekend that they were going to have a hard time, and it proved very much to be the case. They certainly are in a bit of a spot at the moment.

"I didn't really think that far ahead, if, what, how, why it would look [if I'd joined Ferrari]. From that point of view I can't really answer it. But I'm sure they will learn a lot from this year, and I'm sure they will pick themselves up in a better place for next year."

Ricciardo enjoyed his strongest race since joining Renault at the start of last year in Belgium, finishing fourth and picking up the bonus point for the fastest lap.

Renault now sits just nine points of third place in the constructors' standings as it continues on an upward trajectory. But Ricciardo said there was no regret that he was helping the team move forward before leaving at the end of the year.

"Not at all," he said. "I'm certainly keen to keep this train moving, and try and stand on the steps this year.

"I'll put everything I can into it, and next year's another story."