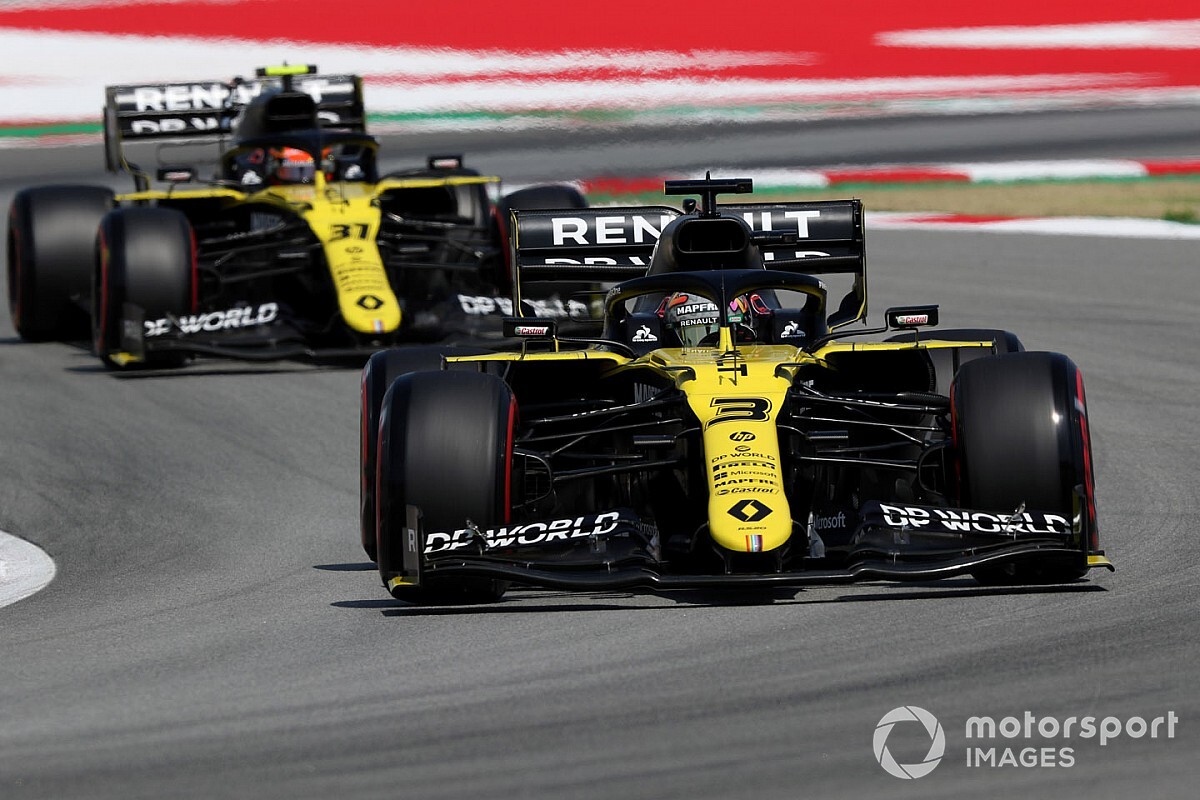 Daniel Ricciardo hopes that Barcelona proves to be an “anomaly” after his Renault Formula 1 team missed the points for the first time in 2020.

Following his impressive fourth place in the 70th Anniversary GP at Silverstone, Ricciardo could finish only 11th in the Spanish GP, while his teammate Esteban Ocon also missed out in 13th place. Both men ran one-stop strategies – an approach that worked for Ferrari’s Sebastian Vettel, who took seventh place.

“I certainly hope this weekend was a bit of an anomaly, a bit of an Achilles heel for us,” said Ricciardo. “I think everyone is so familiar with this track, and to find something extra, it is challenging. But we’ve had good pace all year, and that didn’t really correlate to that around here, so hopefully it’s a one-off.

“We’ll obviously try and learn from it and hopefully Spa, Monza, these are tracks we’re normally pretty strong on, and we should have a better run, and put this one behind is. I’m still convinced the car is improved and better, and I’m still convinced we can be a points car every other weekend. In qualifying if we had that extra half a tenth, we'd start in the points, and we would probably have finished there.

“We’ve just got to be perfect, and that goes onto us drivers as well, we can’t put a foot wrong, because this midfield battle is so tight.”

Ricciardo admitted it was always going to be a struggle to make the points from 12th on the grid at a track where passing is difficult.

He said: “It was just small margins again, we were so close to the top 10. We don’t quite have that track position. We were just behind Vettel when he pitted, and he managed to get seventh in the end. There was maybe a little bit there that we missed, but we’ll have a look and try and figure out our mistakes, and do better in two weeks’ time. It’s a shame when with both cars you finish, but no points.

“I certainly feel it was a little bit more tricky for us round here than Silverstone, I think everyone else was more competitive, and it’s a track that everyone knows so well. That already makes it a bit difficult in itself, finding that extra tenth. I think Spa could be better, you can overtake and have a bit more fun than around here.

“[Barcelona is] one of those tracks where it’s a bit frustrating, you get close to another car and have a bit more pace, but it is hard and you lose grip from the tyres and downforce. I saw a chunk of points in front of me, we were all closing up to Vettel, but a little too late.”