As part of the 2022 sporting regulations teams are obliged to run rookie drivers in two FP1 sessions across the season.

World champion outfit Mercedes will give its first FP1 slot of the year to its test and reserve driver De Vries, who will sample the team's W13 at Paul Ricard on Friday.

In Mercedes' preview on this weekend, team principal Toto Wolff said: "Nyck is replacing Lewis in first practice this weekend, as part of the allocated sessions for young drivers this year.

"So, we're looking forward to seeing how he gets on."

De Vries will therefore get his second grand prix weekend outing, after making his GP debut this year when he replaced Alex Albon at Williams during Spanish Grand Prix FP1.

The Dutchman also featured for Mercedes in the 2020 and 2021 Abu Dhabi Young Driver tests.

The 27-year-old is currently placed eighth in this Formula E season's driver standings. Previously, he took the FIA Formula 2 crown in 2019. 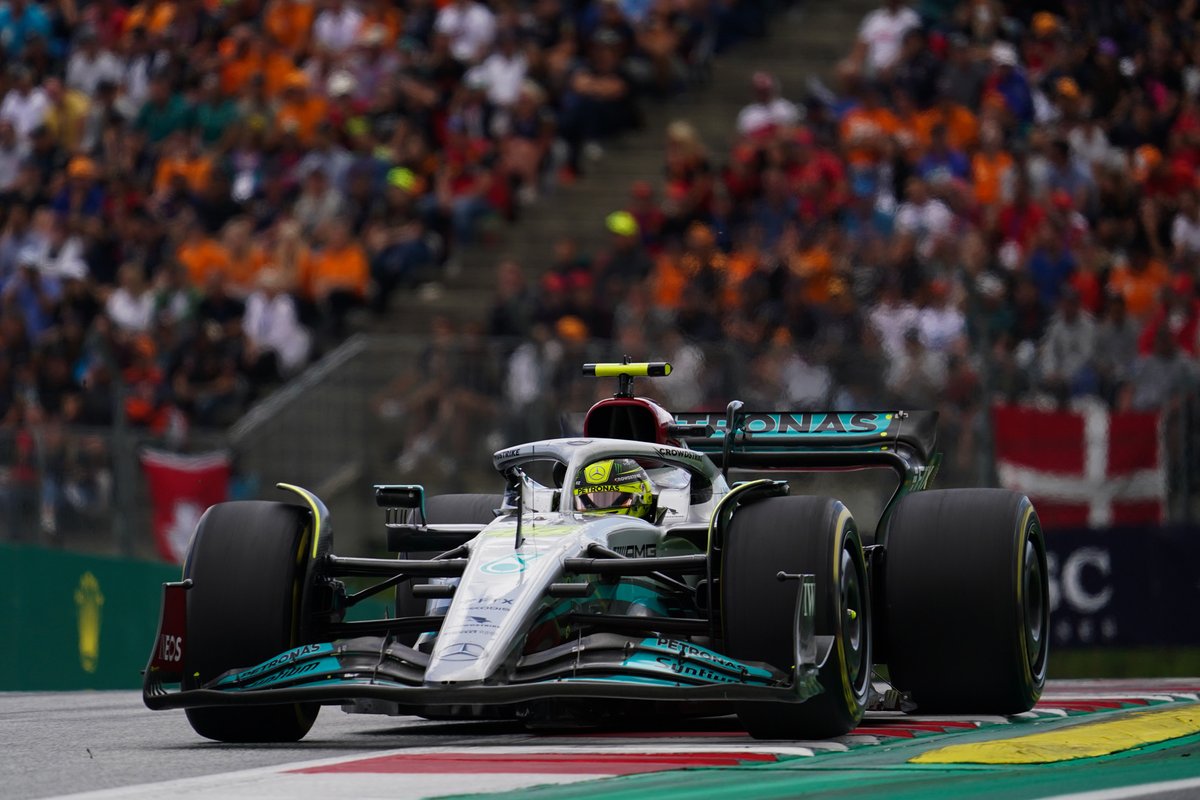 Mercedes heads to France, the penultimate round before the summer break, on the back of a strong performance in the Austrian Grand Prix, in which Hamilton took a third consecutive podium ahead of teammate George Russell fourth.

It led to Red Bull's Christian Horner tipping Mercedes to be in the mix at Le Castellet as well as they are "bringing themselves back into the game".

After solving most of its dreaded bouncing issues, Wolff says the team is now building momentum after a "mammoth effort".

"We scored three podiums in the first seven races, and we have now achieved four in the last four," Wolff added.

"I'm pleased with the momentum we are building, and it reflects the mammoth effort of the team.

"Our understanding of the W13 is growing with every lap and it's encouraging to see that reflected in our development and results."

De Vries will be joined in FP1 by Polish veteran Robert Kubica, who takes over Valterri Bottas' Alfa Romeo.

Brown: Verstappen, Raikkonen wouldn't have qualified for F1 superlicence either

Shwartzman set for Ferrari FP1 debut at US Grand Prix

Hamilton: Ricciardo "far too talented" to be Mercedes F1 reserve in 2023

Lewis Hamilton says maintaining his record of winning a race in every Formula 1 season he has competed in has “zero importance to me.”

Interview: How F1's helicopter footage was brought to a higher level

The ever increasing quality of Formula 1's helicopter camera work has made it an indispensable part of the broadcast. We went behind the scenes to find out how F1's spectacular aerial shots come together.

BMW says it has no interest in entering Formula 1 at the moment despite the recent manufacturer arrivals, instead focusing on its LMDh programme.

Have you ever wondered what a Formula 1 team principal actually does at a grand prix? GP RACING followed Aston Martin team principal Mike Krack to open a window into the TP’s race weekend world…

The F1 car concept dilemma that Mercedes must answer soon

Mercedes is yet to get on top of its troubled W13 Formula 1 car as it gets set to face its first season of the hybrid era without winning either of the titles. As the time comes to switch focus to the 2023 campaign, Mercedes faces a dilemma on whether or not it should stay the course with its current car philosophy or change tact altogether