Motorsport Debrief: Pressure on at Ferrari after home defeat

Here is today's news blast to get you up-to-date on what's been making the motorsport headlines over the past 24 hours.

Hi, this is Motorsport.com’s Global Editor-in-Chief Charles Bradley and I hope you’re feeling fine. Let’s take a high-speed look at the Italian Grand Prix fallout – and, boy, there was plenty to talk about, even if it wasn't the greatest of races. 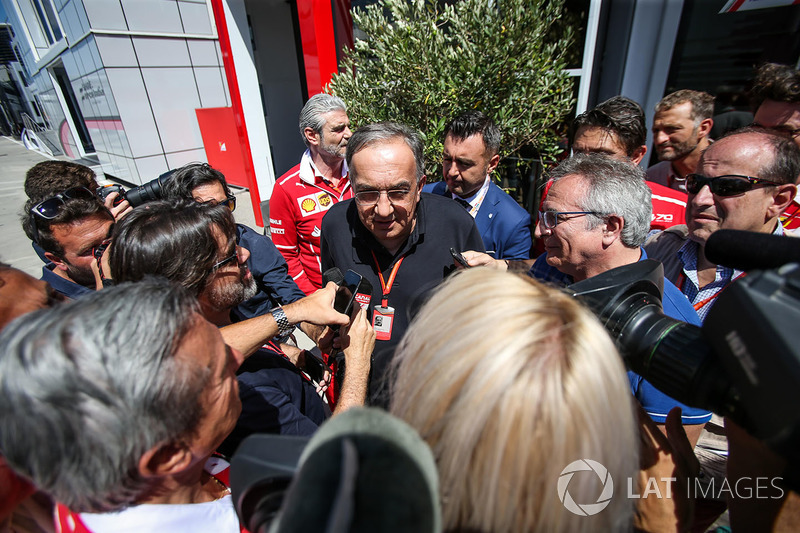 Never one to mince his words, Ferrari president Sergio Marchionne says his team simply "screwed up" at Monza after seeing Mercedes cruise to a dominant 1-2 finish.

Rather than accept that the result as damage limitation – with Vettel only losing 10 points to Hamilton on a weekend when the gap could have been much bigger – Marchionne said his outfit had to take full responsibility for not having built on its strong Spa performance.

"I think we just screwed up," Marchionne told German TV. "The set-up for the car was wrong. I think we underestimated the circuit. I think we screwed up from Belgium, from Spa, into here. Now, we need to go back to the factory and find out which way the car went sideways." 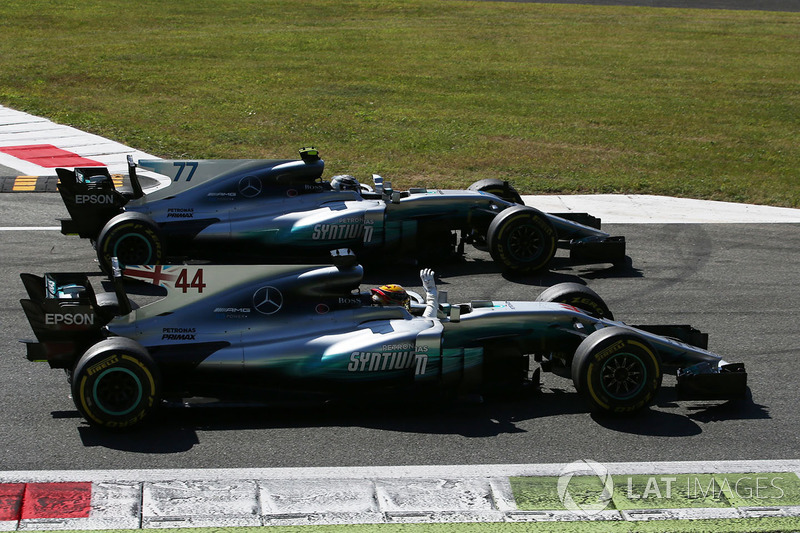 Mercedes "found a different kind of stability" at Monza

Valtteri Bottas says Mercedes took the handling of its W08 in Monza to another level in the Italian GP.

Despite falling to fifth at the start, Bottas fought through to finish four seconds behind race-winning teammate Lewis Hamilton, capping off a dominant Mercedes showing.

"The car was so well-balanced today and so strong," said Bottas. "For sure we were quick in the straight lines, but this weekend we were also quick in every single corner of a track. We found a different kind of stability this weekend that we have not had before." 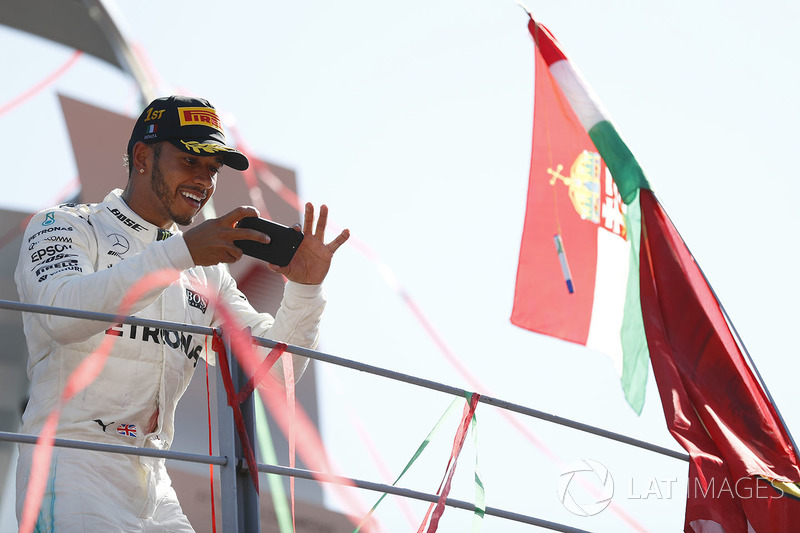 Italian GP winner Lewis Hamilton says he wasn’t concerned about being booed on the Monza podium – and insists that he was happy to play the villain for the partisan crowd.

The Mercedes driver took a dominant victory on Ferrari’s home soil, as the Italian squad struggled to match its rival's pace.

"I think over the last five, six, seven, 10 years it's been common to have that [being boo-ed] if a Ferrari driver is not on the top,” he said. "Inevitably you're going to be the villain here, if you're the one that's stopping the Ferraris.

"We are the villains. Some days I'm happy to be the villain, and I really don't mind. I think I just try to remain respectful. I admire their passion. They feel a little bit more like football fans here, the aggressive ones. But it's all the name of love for the red cars." 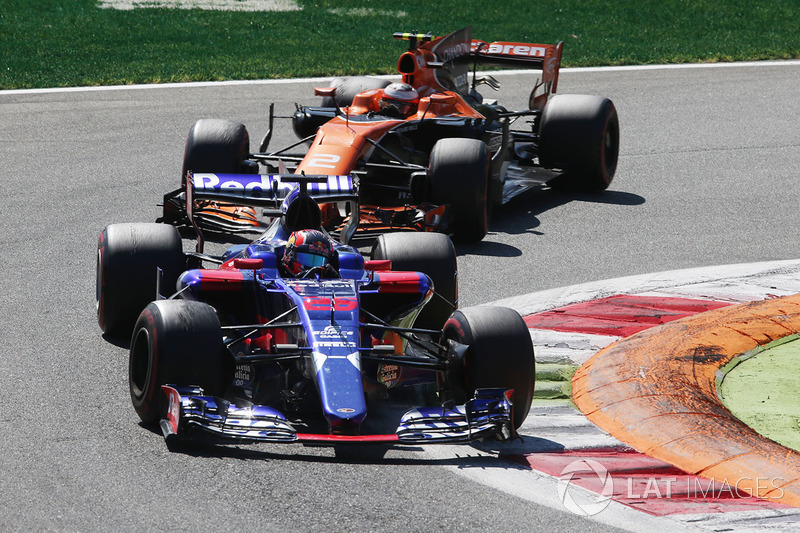 Daniil Kvyat reckons it is "alarming" that McLaren was able to fight so closely with his Toro Rosso team during the Italian GP.

Kvyat spent a significant part of the race locked in a fight with Stoffel Vandoorne, and said: "Even McLaren was faster than us today, to be honest," said Kvyat. "It's a bit alarming if McLaren can stay with us in this kind of track. There's a lot to do and we need to start working on developing the strong point of the car." 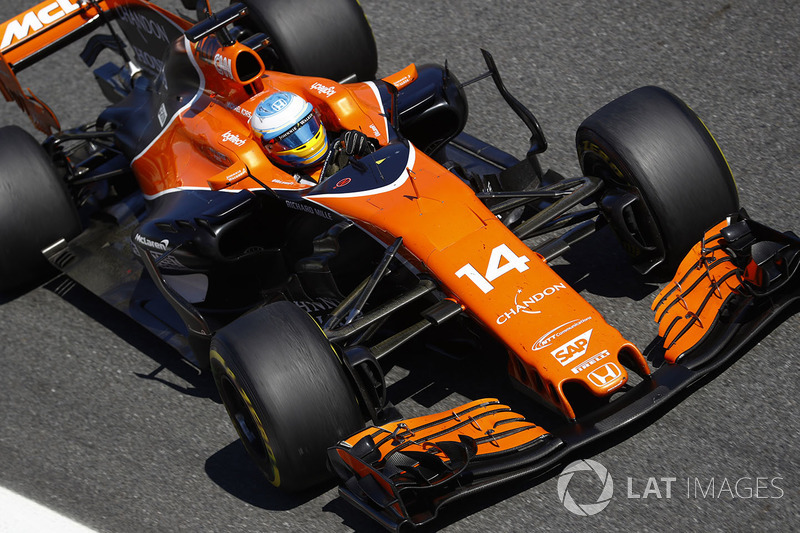 Alonso says stewards "having a Heineken" during Palmer incident

Fernando Alonso believes the Italian GP stewards must have been "having a Heineken" during his incident with Jolyon Palmer at Monza.

Alonso sent angry radio messages to his team after Palmer jumped the second chicane as they fought for 12th position early in the race, the Briton deciding not to give the place back. Renault driver Palmer, who eventually got a five-second time penalty, later retired with car problems – which Alonso said was "karma".

"When we arrived at the chicane we were side-by-side, we braked late and I managed to take the chicane, but he didn't and he jumped it and stayed in front," said Alonso. "Usually that's something that's very clear in the rules: when two cars are side-by-side at the chicane and one gets to take it and one doesn't, you give back the position, but this time the FIA must have been having a Heineken."

Behind the scenes in the Red Bull Racing garage

That’s it for today’s Motorsport Debrief, we’ll be back again tomorrow.

James Allen on F1: Big margin for Mercedes in Monza