Designers of 2019 cars will "forget overtaking" 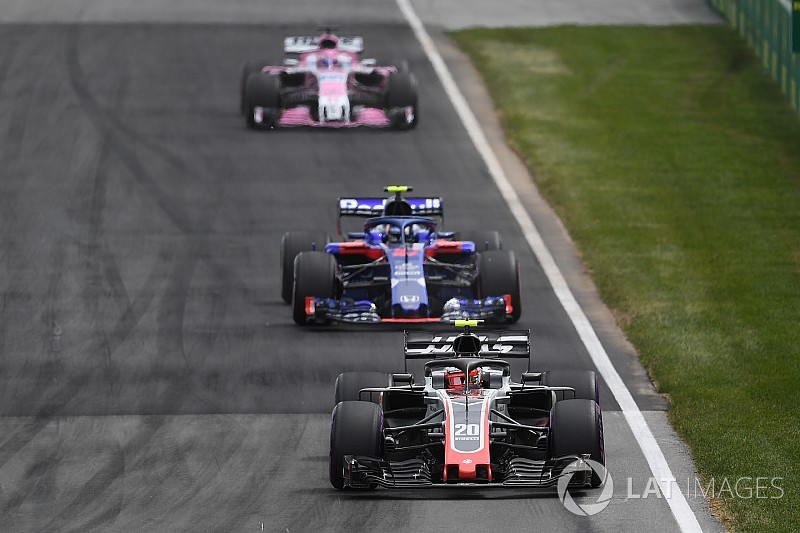 Formula 1 teams' designers will "forget about overtaking" when they get to work on the changes being enforced for 2019, Haas team boss Gunther Steiner has warned.

Last-minute changes were pushed through at the end of April to alter the design of the cars for next year, following research carried out by F1 itself with the help of the teams.

The changes, which include alterations to the way the front wings manage airflow around the tyres, are aimed at making it easier for drivers to follow another car closely, but Steiner believes it's too early in the process to be certain the changes will have the desired effect.

"These aero people, they do a study in a week, and they say 'this is what it is', then they do a study of two months, and [the results are] completely different because they use every little bit of how the regulation is written to get as much performance," he said.

"That is the phase that everybody is in now, to get the most out of that regulation that was introduced after a three-week study.

"The three-week study was out of a good purpose, to make overtaking easier, but now the aero guys are on it too – forget about overtaking, get performance.

"They are working to find out how much [difference] it is actually doing – I don't think anybody has the answer yet."

Haas brought its biggest upgrade package in its short history to the Canadian Grand Prix, but Steiner admits its plans for the rest of 2018 will be affected by the disruption to the regulations for next year.

"We are still looking to find out how much it affects what we are doing," he said.

"They need to do some CFD runs to see what the new front wing does, then they decide, in the next two to three weeks, if we focus a little bit more on 2019 than with the old regs.

"I think we will for obvious reasons – we don't want to be behind.

"There is a point we will need to switch to 2019, and with the limited windtunnel development and CFD time everybody is in the same situation."

Haas driver Romain Grosjean said part of the team's thinking behind producing such a big in-season upgrade package was because it was expected there would be rules stability for next year, meaning any gains found this year would benefit the 2019 car.

"In theory the rules were not changing for next year, so we were putting a lot of effort into that thinking next year was going to be the same," said Grosjean.

"Since they announced the new front wing I guess everyone will need to switch quite early onto 2019 because the car is going to be very different.

"With the big update we have, if the car keeps going well and faster than the others, we are in a good position to have a lot of races with decent points."

FIA backs Vettel's claim that drivers can gain under VSC