Didier Artzet: The French F1 talent that slipped through the net

Sam Smith recalls the story of Didier Artzet, one of the most naturally gifted drivers to fail to make it to Formula 1 at a time when many of his countrymen ascended the ladder all the way to the summit of the sport.

By:
Sam Smith
Listen to this article

During the 1980s, a plethora of talented French drivers came through the national racing system of their home country, many of them making it all the way to F1.

Didier Artzet, as gifted as many of those listed above, somehow slipped through the net. Flaunting an almost supernatural reflex for controlling a racing car, ‘Didi’ was a mercurial talent, but perhaps one born in the wrong era.

With the patronage of companies such as Elf, Camel and Marlboro, there was a golden ladder that drivers could climb, if they had the talent and dedication to do so.

Until recently, French motorsport had been in a depression. Between Panis’s retirement from F1 at the end of 2004 and the debuts of Charles Pic and Jean-Eric Vergne at Melbourne in 2012, there was just an up-and-down 18-month stint for Sebastien Bourdais and a fleeting spell at Renault for Romain Grosjean to represent an expectant populace.

Then there was the Jules Bianchi tragedy. French motorsport has had a gruelling time in recent years.

The French Grand Prix returns next year after a decade in the shadows. For a nation that invented the sport when Monsieur Fossier got impatient for a ‘bit of sport’ between Neuilly Bridge and Bois de Boulogne in 1887, the lean times could be coming to an end.

All of this though was a world away for Artzet, a driver who should have been included in a long list of French F1 achievers. But today, instead of nostalgically looking back on a dazzling F1 career, he watches the Pacific Ocean wash over the rocks on Noumea beach upon the southern tip of New Caledonia, an island 1000km east of Australia.

New Caledonia is an idyllic place with open vistas, sensational beaches, seafood you could only dream of and a water sports mecca for thrill-seekers and travelling gap year nomads.

Noumea is now home to perhaps one of the most naturally gifted drivers from that era of great Gallic expectation of the 1980s and early '90s. Artzet was championed by many of his previous generation, notably Jean-Pierre Jabouille and Jean-Pierre Beltoise, and with very good reason. 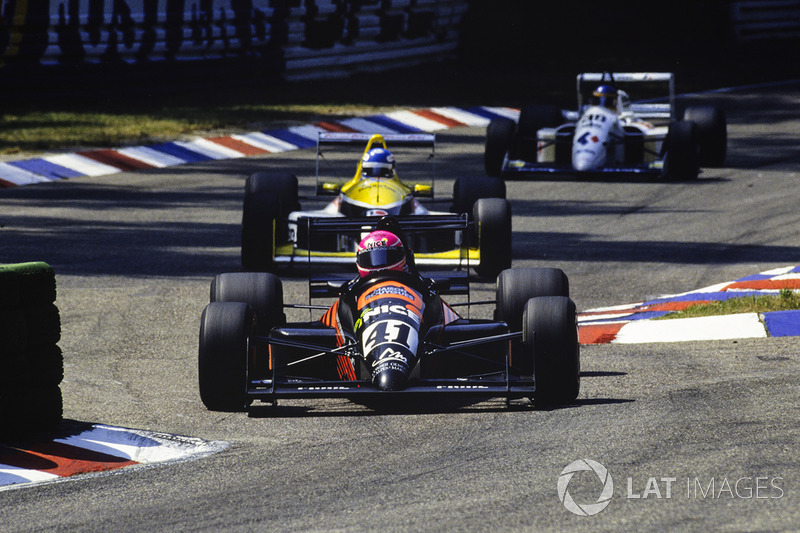 Born and bred in Nice, ‘Didi’ had an early aptitude for balance and reflex skills, honed by riding motorbikes through the streets of his home city.

After a brief acquaintance with French Formula Renault in 1985, Formula Three came easy, incredibly easy. In his second ever F3 race in 1986, he qualified on the front row at Monaco, ahead of Stefano Modena, Alex Caffi, Alesi and Martin Donnelly, among others.

A year later he did the job properly, wiping the floor with the fierce competition. A virtual unknown, he left seasoned single-seater observers open-mouthed with his commitment and balletic skill at the wheel on the intricate streets of the Principality.

“The 1987 Monaco F3 race was a huge breakthrough for me,” says Artzet from his beachside dwelling on Noumea.

“Of course there were all the F1 bosses watching on the Saturday afternoon and I felt sure that I would have a chance in F1 after that weekend. As it turned out that was not to be but there are a thousand stories like that in racing!

“The weekend was very intense because the previous year I had qualified on the front row and unbelievably it was only my second ever race in an F3 car. In fact I had only been racing in anything at all for less than a year. It seemed to come so easy and naturally on the streets of Monaco for me. I loved it there.

“My team was called Monaco Sponsoring but really it was KTR (Keerbergs Transport Racing) and had lots of local Cote d’Azur companies helping with the budget. I was born and raised in Nice so there was a lot of interest because it was the home race for people that invested in the team.

"The pressure was really big, especially as Jean Alesi was on my arse all weekend!"

For Artzet, a secret weapon in the shape of a then-relatively unknown engineer who would go on to become an F1 regular, helped him in his breakthrough weekend.

“The big boost for the team was that Jacky Eeckelaert was leading the engineering on our Ralt and he was a very strong guy when it came to understanding what I needed from the car,” recalls Artzet.

“I ended up qualifying on pole by two-tenths but there was a big psychological battle with Alesi because as everyone knows he was very quick at street circuits and just about everywhere else too.”

What should have become an incendiary rise up to F1 became a stagnant and frustrating fight against the more fashionable Alesi and Bernard, who became Camel and Elf’s chosen ones for a shot at Grand Prix glory.

Artzet became a cliché. The fighter, who was great on the streets but was not refined enough for F1. That was rubbish, primarily because he never got a chance.

‘Didi’ had a crack at F3000 but was still on the frayed shoestring of a budget that stymied him throughout. With indifferent machinery run by an inexperienced Apomatox team in 1990, he was still able to transcend the tools at his disposal.

Qualifying eighth in Pau and finishing third in Birmingham were typically gutsy performances. Bare-knuckled, reactive and full of flair, his driving suited his character, as he admitted: "Maybe I thought too much and upset the bulls**tters!" 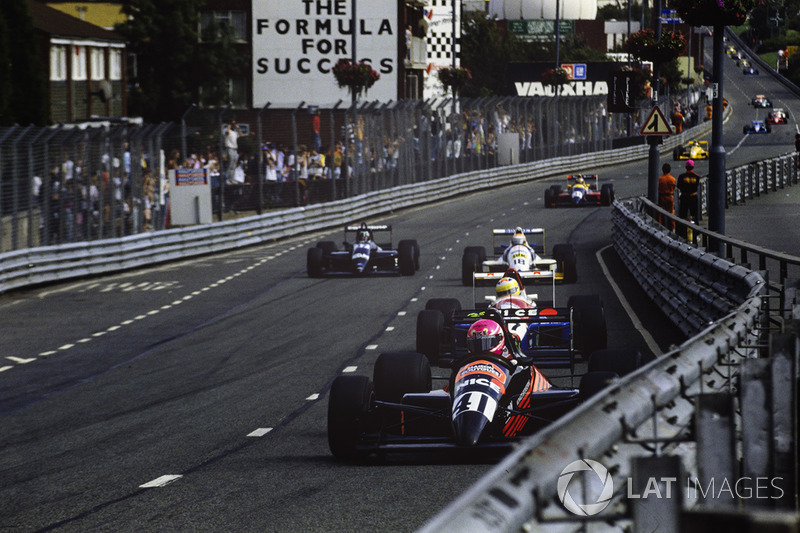 By 1992 he’d had enough. The F1 promises never materialised and the promise of a sportscar campaign with Toyota only amounted to a handful of races.

At the same time, the French F1 gravy train had reached a terminus in the shape of Loi Evin, a bill passed in French parliament in 1991 prohibiting alcohol and tobacco advertising, thus consigning who-knows-how-many French talents to the outer reaches of the sport and beyond.

Exasperated by the lack of chances to even test an F1 car, Artzet got a one way ticket to Noumea and began his new life.

He still gets his motor racing fix over at Eastern Creek on his Superbike (often getting close to World Superbike lap record pace), while enjoying the thrilling water sports and sunshine of his adopted homeland.

He also catches the odd Grand Prix on the TV as well - he particularly enjoys the street races! 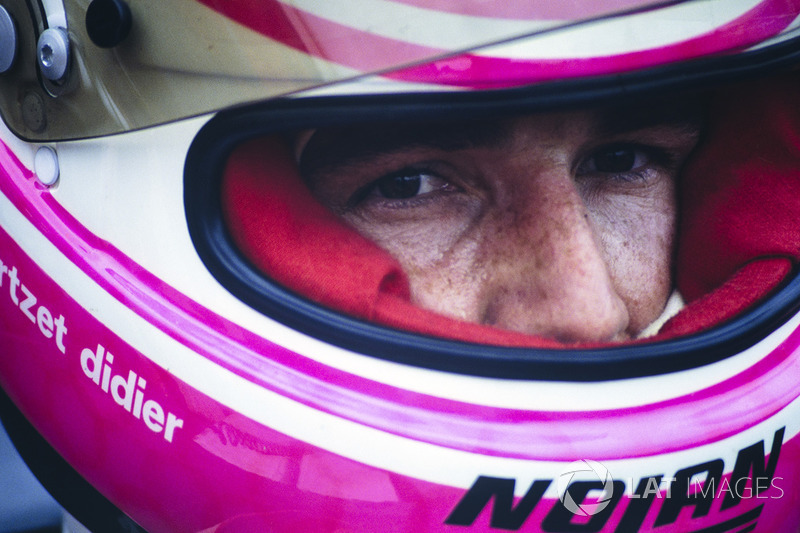 First half of F1 2017 season in statistics