Slashing downforce could leave F1 "no better off" - Symonds 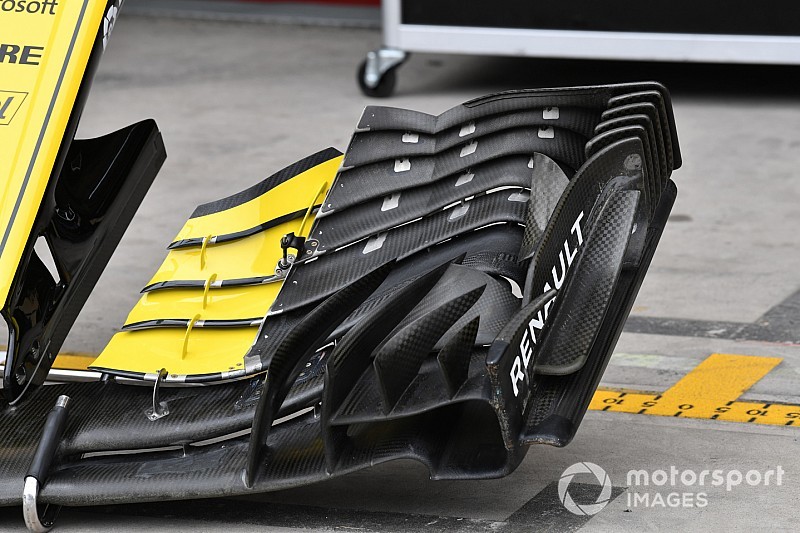 Formula 1 technical expert Pat Symonds has warned it would be “all too easy” for rulemakers to slash downforce levels and fail to improve racing.

As F1 evaluates ways to create a better spectacle following criticism that cars are too downforce-dependent and overtaking is too difficult, Toro Rosso team boss Franz Tost suggested downforce levels should be cut by “at least 40-50%”.

He argued that only the drivers benefit from the current generation of cars that have immensely high cornering speeds.

“Often when you’re trying to get your head around an argument you should take it to an extreme and see what answer you get,” he acknowledged.

“If you go to the extreme of having no downforce, you’d say well that’s got to be better because you can’t lose something that isn’t there.

“So there’s some logic in the argument.

“However, it’s much more complex than that. You could produce a car with half the downforce of a current Formula 1 car but with much, much worse weight characteristics.

“It would be all too easy to do. Then you’d be no better off than you are now.”

Tost’s point was that reducing downforce levels would make it easier for cars to follow, harder to drive through the corners and increase braking distances to promote overtaking.

Symonds agrees that high levels of downforce were negative, and also lamented the lack of entertainment inspired by the emergence of the teams’ tactic of running much slower than is possible during races to complete a one-stop strategy.

“I want the cars to be quick, but I want them to be spectacular,” said Symonds, who is overseeing several projects with F1, one of which is to fundamentally improve overtaking for 2021.

“If they are really nailed to the ground I don’t think they are particularly spectacular.

“A Formula 1 car doesn’t always look too difficult to drive. Particularly at the moment where we’ve got the teams are strategically running at below the maximum performance to reduce the number of pitstops they do.

“Then the cars looking anything but spectacular.”

Redundancy plans will be "major distraction" for top F1 teams

Verstappen: Day of public service with stewards was “constructive”