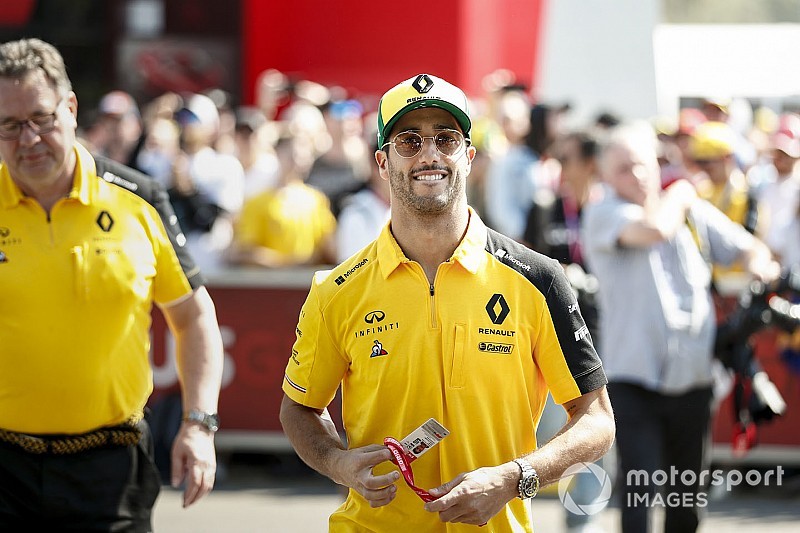 A "drained" Daniel Ricciardo has hinted that he will take a new approach to the build-up to the Australian Grand Prix in 2020.

As usual, Ricciardo was a wanted man in the lead-up to the Melbourne race, with a packed media and promotional schedule.

His week included local press and Renault filming commitments on Tuesday, driving Rick Kelly's Supercar for a Castrol promo on Wednesday, the F1 Live event on Wednesday evening, and countless appearances for sponsors and through his tie-up with the Confederation of Australian Motor Sport at Albert Park from Thursday onwards.

Following his disappointing debut race for Renault, Ricciardo said he felt "flat" for reasons beyond the DNF, adding that he feels like he can "never do enough" during the Australian GP week.

"We're always pushing up hill. You can never do enough, but I feel we do more than enough.

"I don't want to blame [the race on] that, but I certainly didn't... I don't know, I feel flat for more reason that one."

He then hinted he could look to lighten his promo load heading into next year's Australian Grand Prix.

"[I'm] just drained," he said. "[I] just try to please everyone this week and don't look after myself. We'll change it for next year."

Honda allowed Verstappen to "have a go" on straights