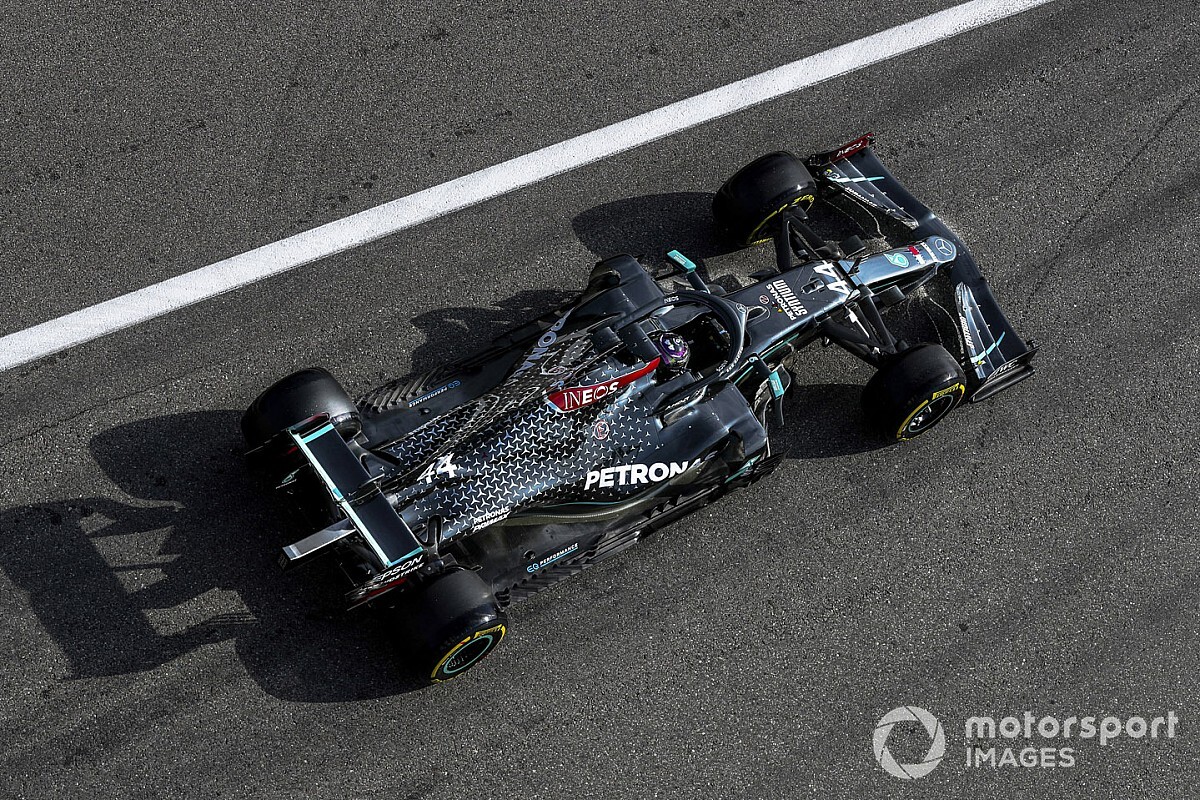 Max Verstappen and Sebastian Vettel have questioned the FIA’s Formula 1 penalty points system after a “harsh” sanction given to Lewis Hamilton was rescinded.

Hamilton was hit with a 10-second time penalty during Sunday's Russian Grand Prix for completing two practice starts en route to the grid that went against the FIA's pre-race instructions.

The FIA stewards initially handed Hamilton two penalty points on his FIA superlicence, taking him up to a total of 10 for the last 12 months. Drivers receive an automatic one-race ban if they receive 12 points in 12 months.

But the sanction was ultimately withdrawn after the FIA stewards agreed that Hamilton had only followed the Mercedes team's instructions, and fined the team €25,000 instead.

Had Hamilton kept the penalty points, he would have been one incident away from receiving a ban for the next four races.

Hamilton himself called the penalty "ridiculous" and said he felt officials were "trying to stop me", while the sanction also received criticism from a number of his peers.

Red Bull driver Verstappen said it was "a bit harsh" to penalise Hamilton for a mistake made by the team.

"If you causes a crash it's difference, but the penalty Lewis got was already painful enough," Verstappen said after finishing second in Sochi, one place ahead of Hamilton.

"I mean, it was not correct where he stopped but penalty points for that, I'm not sure that's correct.

"He was penalised enough by having this penalty in the race, so I don't think you'd need to hand out penalty points for that.

"But I guess we'll talk about it in the next briefing we have and see if something will happen or not."

Ferrari's Sebastian Vettel echoed Verstappen's thoughts, feeling penalty points should only be handed out for dangerous moves on-track and not for team errors.

"I think if you really do some crazy moves on the track and some dangerous driving, then they're justified," Vettel said.

"But if you're speeding in the pit lane or minor infringements, it's probably not the point to apply penalty points."

Vettel's Ferrari teammate Charles Leclerc felt there should be some review of the system, believing Hamilton had not made any notable mistakes that required sanction.

"I don't think he has done anything particularly wrong this year," Leclerc said.

"Maybe there's a better way to do it. I don't know, it's not my job either, so the FIA will look into it."

But Ferrari team principal Mattia Binotto felt it was important that the FIA had the rules in place accordingly, with strict punishments preventing repeat offences.

"You may feel they are quite harsh, especially if you are the victim of it," Binotto said.

"But on the other side, if you are not harsh sometimes, then you leave the door open to drivers to repeat it in the future.

"I think it's never easy to judge, I think the FIA in that respect is doing a great job. So I think I'm overall happy."